Notts County have completed the signings of Richard Brindley and Sean Shields.

The duo arrived at Meadow Lane on Thursday to finalise their moves before training with their new team-mates for the first time this morning.

Former Rotherham and Colchester full back Brindley signs for the Magpies as a free agent after making 34 appearances for Bromley last season.

The 26-year-old has plenty of experience at a higher level, with the bulk of his 175 professional appearances coming in the EFL, and was part of the Millers side promoted to the Championship through the play-offs in 2014.

Brindley came through Norwich City’s academy but was released in 2012 and began to rebuild his career with Chelmsford in the Vanarama National League South.

From there he joined Chesterfield in League Two, before stepping up a division with a move to Rotherham.

He spent time on loan at Scunthorpe, Oxford United and Colchester ahead of a permanent switch to the U’s in June 2015.

From there, Brindley, who will wear number 20 for Notts, spent a season with Barnet before heading to Bromley last September and becoming a permanent fixture in their defence during 2018-19. 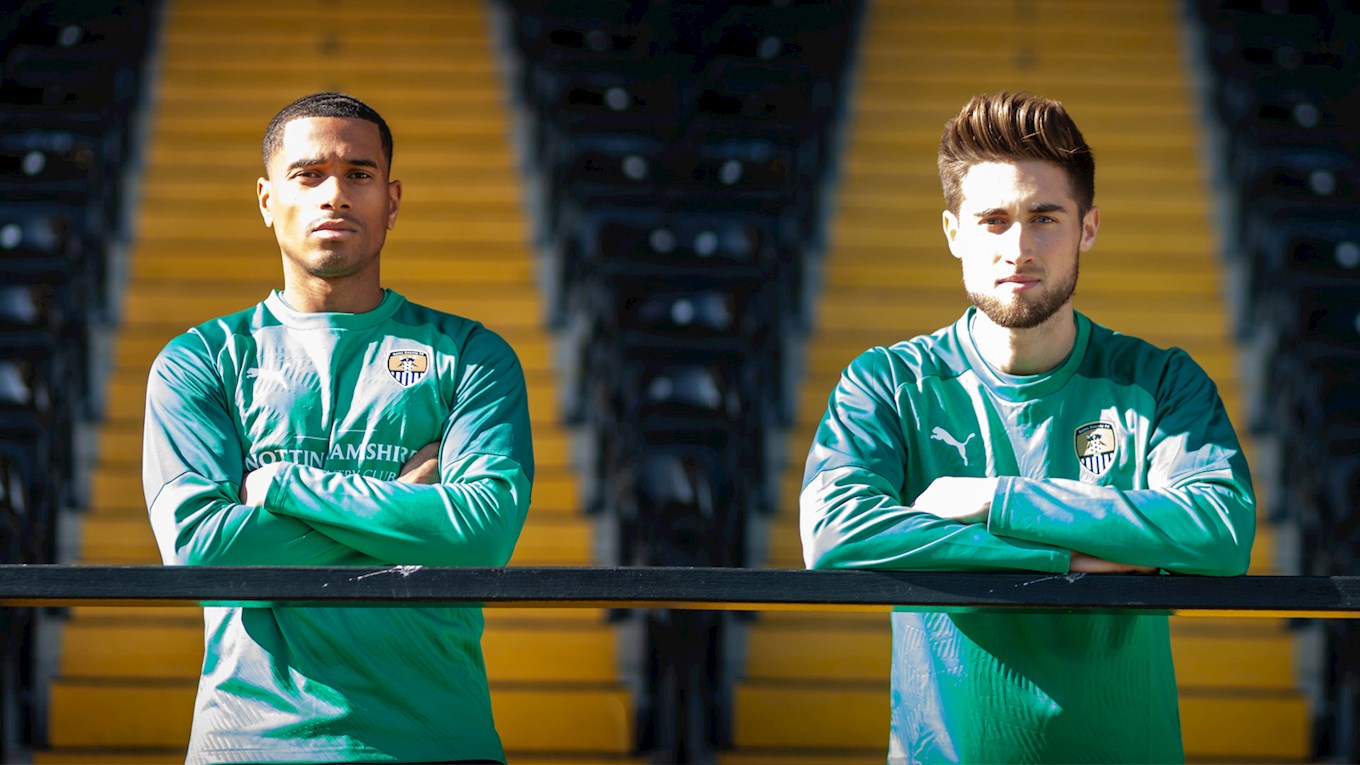 Meanwhile, wide midfielder Shields has signed on a season-long loan from Ebbsfleet United, who he reached the National League play-offs with in 2018.

The 27-year-old had been at Stonebridge Road since 2015, following two years playing in League Two with Dagenham and Redbridge, where he made his senior debut.

The Magpies' new number 32 spent time in Tottenham’s academy as a youngster and has plenty of National League experience, featuring 72 times in the division across loan spells with Maidstone United and Boreham Wood as well as his stint at Ebbsfleet.

He made 32 league appearances for the three clubs last season, scoring four, and has turned out six times for the Fleet so far this campaign, including as a substitute when Notts visited Stonebridge Road last month.

Manager Neal Ardley will give his thoughts on the new signings when he meets the media for his pre-match press conference this afternoon.

If you're interested in sponsoring either player's shirt, please call 0115 955 7241 or email commercial@nottscountyfc.co.uk.