As part of our Lifeline Day celebrations on Saturday 28 September, the scheme’s annual jackpot was won!

Mark Brailsford of Chilwell was drawn by chairman Christoffer Reedtz as the lucky recipient of the £10,000 prize at half-time of the game against AFC Fylde.

And, having been part of Lifeline since 1986, he was delighted to win the jackpot.

“My initial reaction was to celebrate but with my daughter, son-in-law and two grandkids next to me at Meadow Lane, I couldn’t go too mad,” laughed Brailsford.

“It was a really nice moment to share with them, though, as they don’t come down very often. 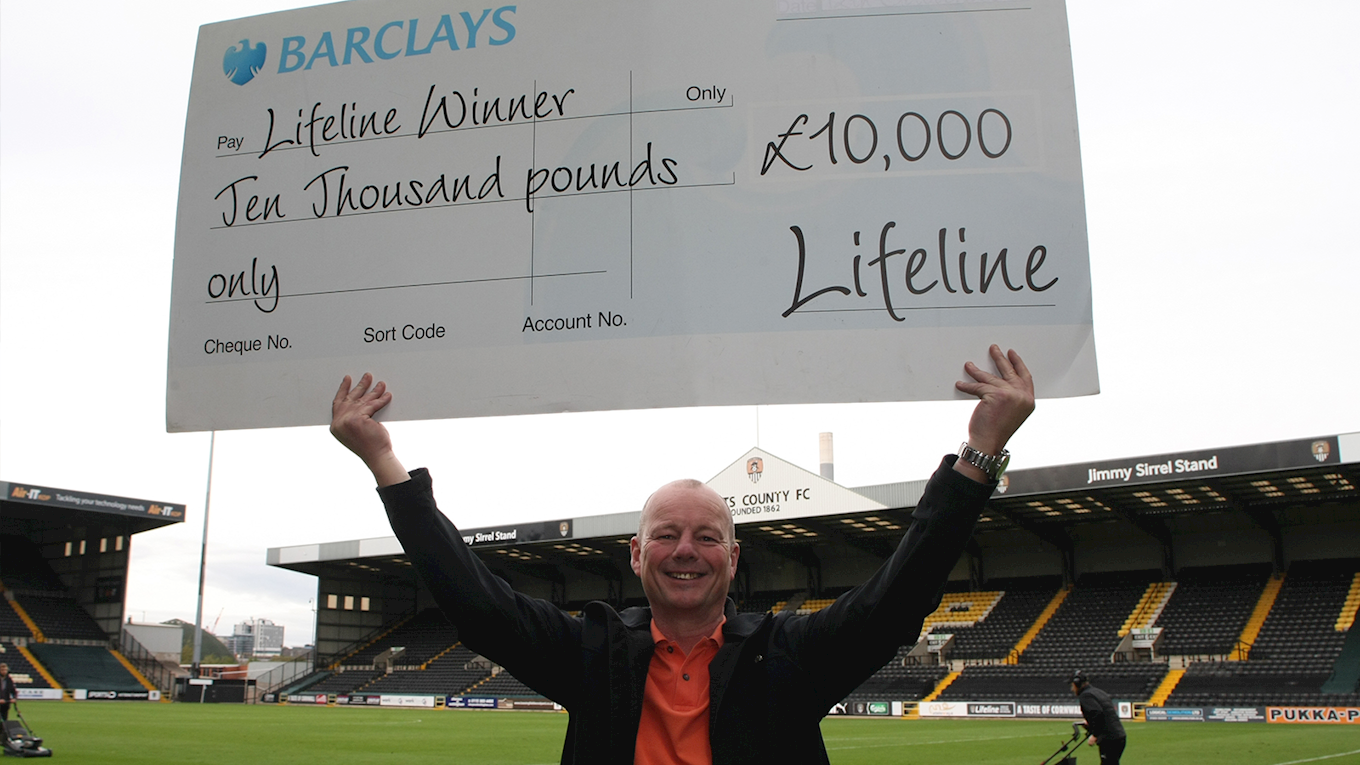 Brailsford has been following us home and away for 46 years and feels Lifeline is an excellent way to support the club.

“It’s a huge part of my life and the main reason I signed up was to help out at a time when it was really needed,” he explained.

“It’s brilliant that Lifeline still does so much to this day and that’s the reason people join the scheme if they can afford it – paying £2 a week isn’t really something I notice.

“Two friends and I have another membership which we all pay in to, so they were a bit annoyed it was my sole one that came out but it’s all about supporting the club.”

And he knows exactly what the money will be going towards.

“No doubt it will be spent on a nice holiday!” smiled Brailsford.

“I have a sister who lives in New Zealand so I try to get out and see her as often as I can, plus England’s cricketers are there in November and I like to follow them.

“I’ve already planned to head out to South Africa for the series around Christmas time so hopefully I can see them in New Zealand, too.

“That’s with what’s left after going out for a few beers with the boys to celebrate the win against Fylde, which, naturally, I paid for!”