Assistant manager Neil Cox feels there is a winning mentality in the squad and believes that is a key factor behind our recent form.

Ahead of the visit of Torquay this weekend, we’re four unbeaten in the Vanarama National League and have lost just two of our last 13 games – with neither of those defeats coming at Meadow Lane.

And Cox feels the run is down to the players’ desire to win, which stems from how they perform on the training ground.

“A winning mentality during the week helps,” he said. “You see the fire in their bellies and you want them to take that onto the pitch, which is what has happened recently.

“Whether it’s in sprints, the warm-up or five or eight-aside games, we want to see them win.

“We try and make training fun but want it to replicate a game and none of the boys want to lose.

“There is respect out there but they’ll go flying in for 50/50 balls, which is good to see.

Kristian Dennis has netted late on as a substitute in each of our last two games, and Cox feels he is a prime example of the way players are pushing to get into the side.

“He’s come on and scored, defended well and run the channels,” he said. “He’s done what players need to.

“We want the lads to be pushing in training and in games and to force our hand so that we have no choice but to pick them.

“People are fighting for places and the lads who are being selected are doing really well, which is why they have remained in the side.

“The biggest strength we have is the number of players who are fit and pushing, but we can only pick a 16-man squad, which means the lads in the team know they have to perform or they won’t play.” 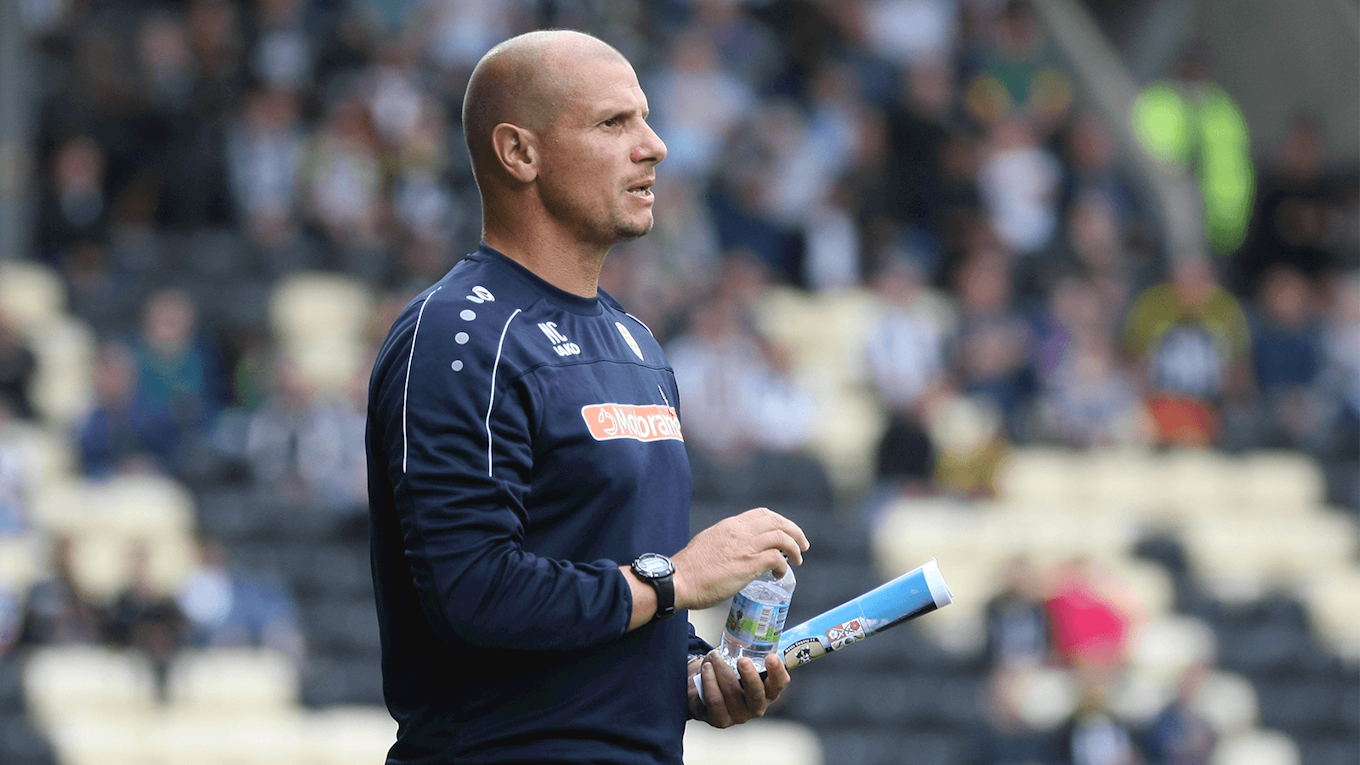 We host the division’s leading scorers on Saturday, who have won three in a row, but the assistant manager feels we have to continue to play the way we’d like rather than deviating from our style to nullify the Gulls.

“The focus has to be on what we do and performing how we’d want in a home game,” urged Cox.

“They’ll come here expecting to win and will try to make it difficult because teams do their homework on us and know how we try to play.

“We expect them to try and counter-attack us but we’ll keep trying to get the ball down and produce the kind of football we want to.”

Cox says the match may come too soon for Damien McCrory, who trained on Thursday after missing our last two games. A decision will be made on the Irishman on Friday.