Ahead of tonight’s meeting with Dagenham and Redbridge, Neal Ardley says he has the right kind of selection dilemma as players return to the fold.

Ben Turner made his comeback from injury at the weekend, while Nathan Tyson was back in the squad after a lengthy absence and Michael Doyle will also be available this evening after completing his suspension.

We’re currently three games unbeaten, though, and the boss is pleased to have tricky decisions to make.

“You’d much rather select a team by having a tough conversation with someone you’re leaving out than it picking itself by default,” said Ardley.

“We’ve had a bad time with players missing, so to come through that period and earn good results along the way has been fantastic.

“When Doyler got suspended, I wanted to have a tricky decision to make when considering whether to bring him back in and Mitch Rose, Regan Booty and the other boys have done well which makes it a difficult call – that’s what you want as a manager.

“With Nathan back up front, I feel like we have the different types of forwards we want and it’s great to have four striking options and be able to look at the bench and bring these people on.”

Damien McCrory missed out at the weekend and the boss provided an update on his fitness when he met the media on Monday.

“We think Tuesday might come too soon for him and we’ll be more hopeful of him returning on Saturday,” explained Ardley.

“Dion Kelly-Evans has been missing for a while and we’re putting on a friendly in the morning to get some minutes into the legs of the lads who’ve not been playing – he’s likely to be involved.” 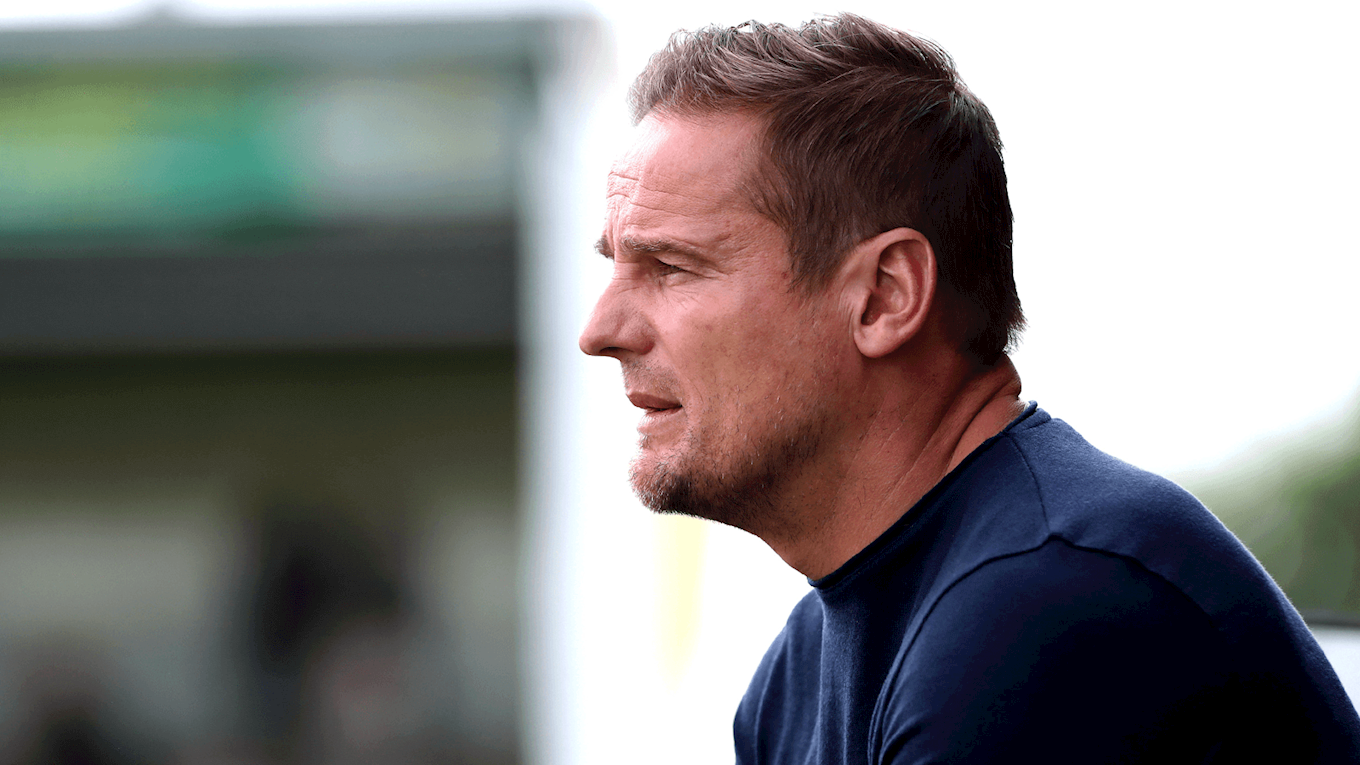 Tonight’s opponents are three points ahead of us, in the play-off places and on the longest run without loss in the division, so Ardley is wary of their threats.

“They’re 11 games unbeaten and that’s not something you do by luck,” he said. “You do it because you have a lot of qualities in your team.

“Peter Taylor’s done a great job there and his sides are always defensively sound so won’t be one we can attack at will.

“At the top end they have a front four that can cause us problems and they’re above us for a reason.

“Over the next two games we’re playing sides who are rightfully up there, so we have to show them the utmost respect and prove that’s where we deserve to be as well.”

On Monday we learned who we will face in the final round of FA Cup qualifying, and the boss says we can’t afford to take Belper Town lightly when we host the BetVictor Northern South East Division outfit a week on Saturday.

“You can’t underestimate anybody,” urged Ardley. “We’ve seen League Two teams beating those from the Premier League many times before.

“For me, the nicest thing was a home draw because going away in the FA Cup makes it so much trickier.

“We’ll be playing a side in good form. They’re 17 matches unbeaten and are close to the top in their league with games in hand because of their cup run, so they are doing a lot of things right.”