Kyle Wootton says we won’t be holding back in our pursuit of a place in the third round of the Emirates FA Cup when we visit Northampton on Sunday.

Wins against Belper Town and Ebbsfleet United mean we are just one win away from a potential clash with Premier League clubs in the next stage.

And, despite our underdog status against the League Two Cobblers, Wootton says we’ll be going all out for victory at the PTS Academy Stadium.

“We’re going there to win no matter what,” said the striker. “We’ll go and give it a right good go away from home.

“It’s a great task on Sunday and a test of where we’re at as we compare ourselves against a League Two side.

“There’ll be no holding back. It’d be great to be in the hat for the third round and, hopefully, get a good tie there – that’d be brilliant for the club.” 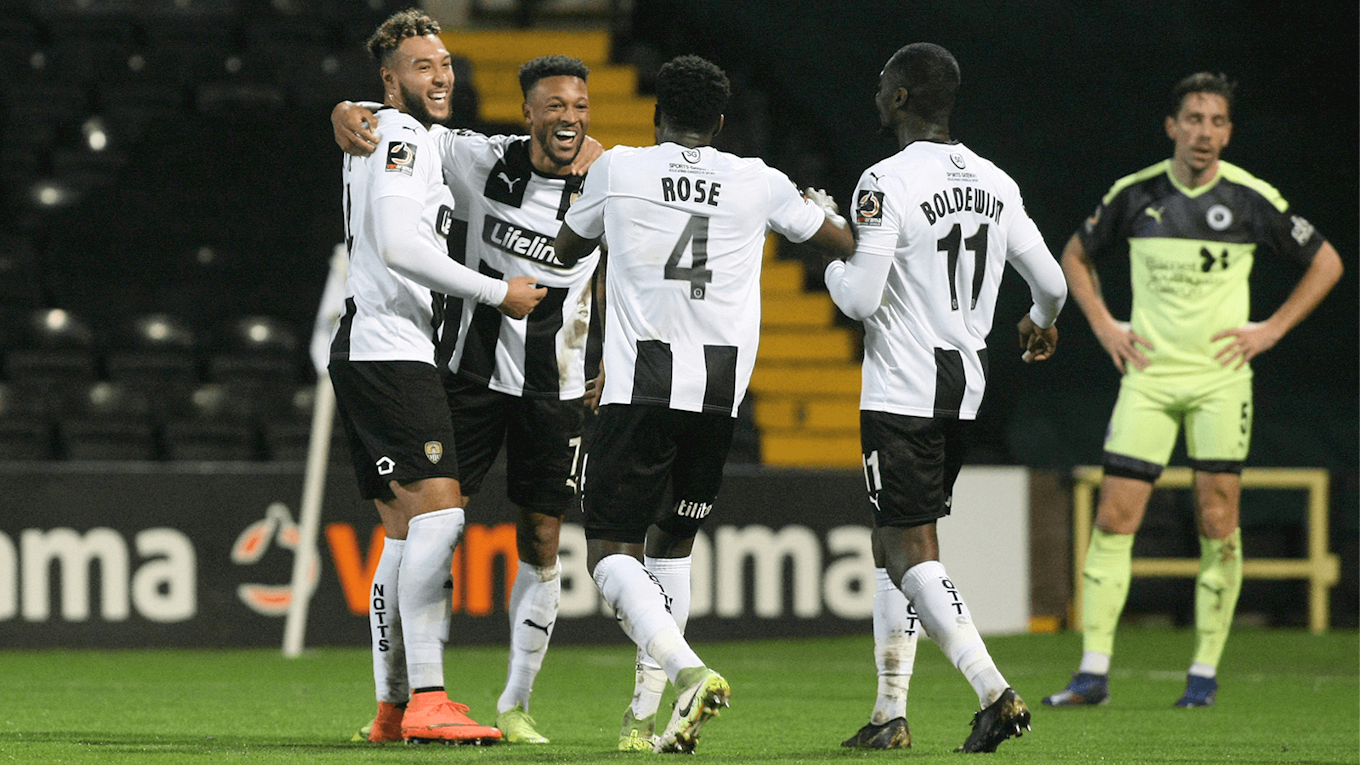 Wootton’s brace in midweek took him to nine for the season, making him our top scorer, and he’s enjoying the rivalry among our forwards.

“It’s a brilliant competition and keeps us striving to get goals,” he smiled.

“The important thing is to score and chip in to help the team earn points.

“I was really happy with the goals I got on Tuesday because we’d worked on those patterns in training so it was brilliant to score two headers like that.

“The patience in play was there and that was matched by execution in the delivery of crosses, and I nearly had a few more when I was close to getting on the end of balls in.”