Eighth meets fourth on Saturday as we host in-form Barrow in the Vanarama National League.

We’ll move into the play-offs with a win, while the Bluebirds could go top if they take the points at Meadow Lane.

With nine wins out of their last 10 league matches, Ian Evatt’s outfit are the form team in the league and, after defeat at Torquay three games ago, have bounced back with successive victories.

They’ve had an extra week's preparation for this one after exiting the Emirates FA Cup in the fourth qualifying round and will be in confident mood ahead of their trip to the Lane.

We’re in fine form ourselves, though. We’ve lost just twice since the beginning of September – as have Barrow – and have been showing an excellent ability to recover from setbacks in recent weeks.

We responded to defeat at Chesterfield with a thumping 4-0 win at Woking, before coming from two behind to draw with Hartlepool in our last home game.

A week ago, we showed tremendous spirit to come from behind to lead against Ebbsfleet in the cup, before rallying after their late equaliser to progress in stoppage time.

All signs point to a great clash at Meadow Lane as the sides square off for the first time in almost half a century.

“Hopefully both teams come and have a right go, so anyone that’s here will enjoy a really good spectacle.

“It’s a game that could be end-to-end, which I won’t like too much because I prefer when we have more control, but no one knows who’s going to get it.

“We will respect them because they’ll give us a tough match but, rather than worrying about them, we’ll look to cause problems in the way we go forwards.” 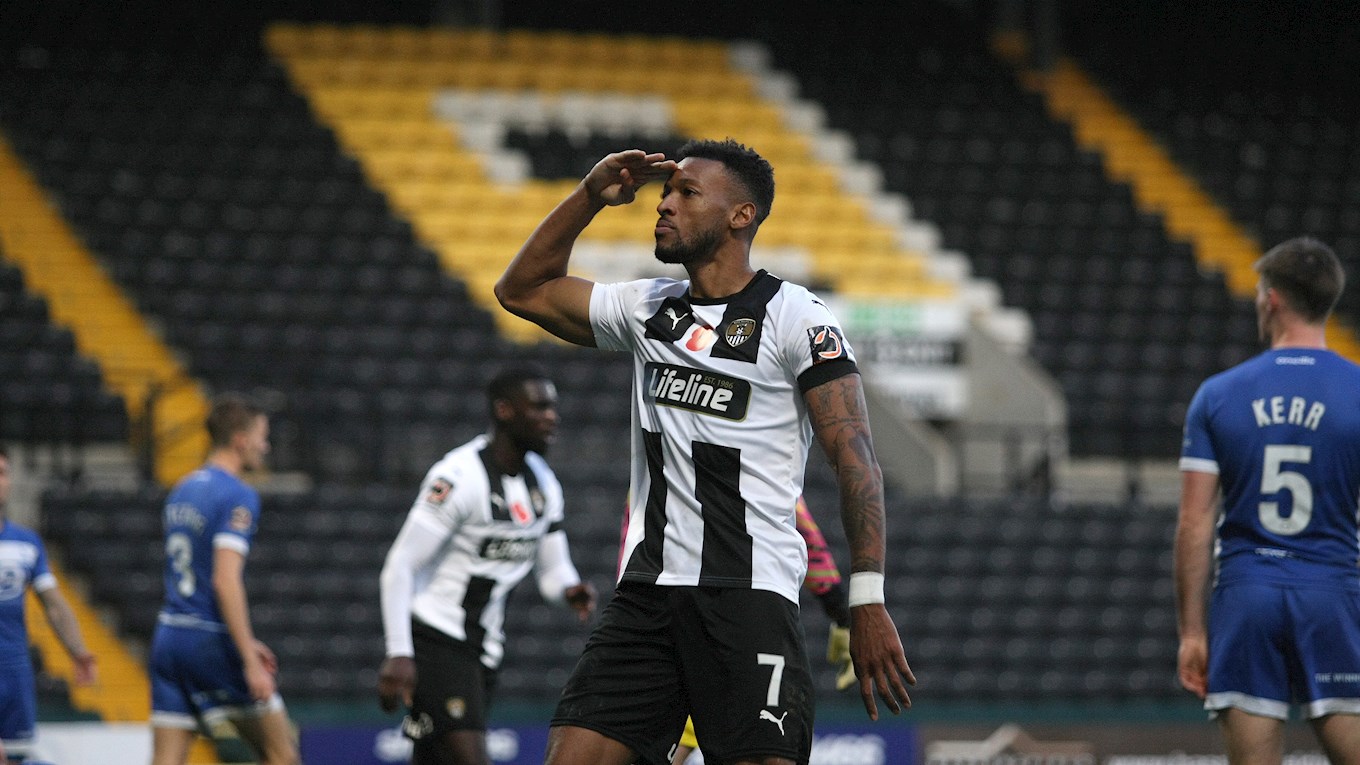 Ardley says new defender Alex Lacey is being eased into action, with early December earmarked for his inclusion in matchday squads providing there are no emergencies at the back.

At the other end of the pitch, Kyle Wootton and Wes Thomas have both scored braces in the past fortnight and will hope to keep Kristian Dennis and Nathan Tyson on the bench.

In their last game, a fortnight ago, Barrow lost influential pair Jason Taylor and Josh Granite which will keep them both out for several weeks.

Tom White has been brought in on loan from Blackburn as a replacement for Taylor and he'll be eligible to play this weekend.

Scott Quigley signed for Barrow this summer and has been an instant hit, registering 12 goals already this campaign – he’ll be one to watch.

Our last meeting with Barrow came way back in December 1970, when we won 2-1 in Cumbria.

We were victorious at Meadow Lane three months earlier as well – 3-1 this time – and haven’t lost to the Bluebirds since 1965.