We travel to Aldershot tomorrow as we look to return to winning ways in the Vanarama National League.

Neal Ardley has described it as a meeting between 'two wounded animals' as both sides aim to bounce back from comprehensive defeats last time out.

Our 3-0 loss at home to Barrow ended our nine-match unbeaten run at Meadow Lane and saw us slip to ninth in the table.

We’ve not been beaten in consecutive games all season, though, and will look to respond in the manner we did after defeats to Bromley and Chesterfield, when we left Boreham Wood and Woking with the points in the matches that followed.

Aldershot, meanwhile, lost 6-1 at Dagenham and Redbridge a week ago and occupy 19th spot in the National League.

They had a fortuitous escape from relegation last time out – staying in the fifth tier despite finishing in the bottom four due to Gateshead’s financial troubles.

They’ll be hoping for a more settled campaign and will look to get back on track when we pay them a visit.

“We’ve bounced back quickly in the past and put bad results to bed, so we have to keep proving we can do it.

“I think it’ll be two wounded animals – our defeat wasn’t quite as heavy as theirs but it was probably just as authoritative.

“They’ll make sure their performance levels are a lot higher this week and that makes them a dangerous side - we’ll have to go there and do a lot well to earn the right to win.”

“We’re still hurting but we have to dust ourselves down and go again.

“It’ll be a massively competitive game for us but we have to roll our sleeves up, get our heads down and graft.

“The players’ work rate and effort to react to a bad day last Saturday has been excellent.

“We know what we can do with the ball when we’re confident and working hard. Last week we didn’t, so this time we have to put that right.” 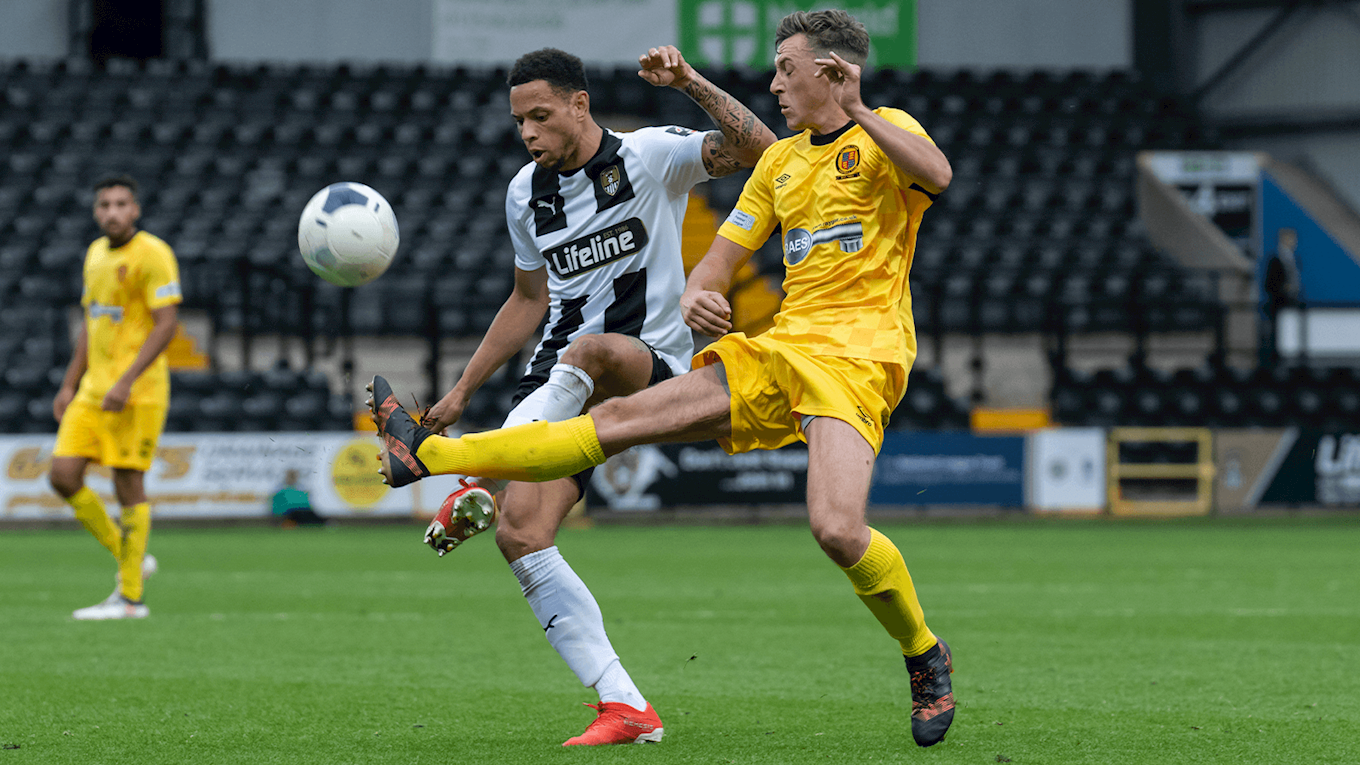 The defeat against Barrow could tempt Ardley to make changes to what has been a settled squad in recent weeks.

Sean Shields will hope for a return to the starting line-up, while the likes of Kristian Dennis, Nathan Tyson and Dion Kelly-Evans will hope to be included from the off after waiting in the wings of late.

Aldershot left back Lewis Kinsella is available again after missing their defeat in Dagenham through suspension.

Searle should have all but one of his playing squad to select from, with only George Fowler remaining on the sidelines due to a knee injury.

The last three meetings of the two sides have all ended level, with the most recent one finishing 1-1 at the EBB Stadium thanks to Ben Davies’ 90th-minute equaliser in February 2010.

Another last-ditch goal saw us take the points the season before, when Richard Butcher was the hero after Michael Johnson brought us level following Anthony Charles’ opener.