Richard Brindley feels our Emirates FA Cup meeting with Northampton on Sunday is the perfect way to rebuild momentum after a challenging run of late.

We won just one game in November, beating Ebbsfleet in the same competition, and face the Cobblers with a place in the hat for the third round at stake.

And Brindley says the players are hungry to progress and keen to put things right.

“The most important thing is the reaction and we have players here that want to win,” said the full back.

“No one wants to lose games and we’re hungry. We’re itching to get the winning momentum back and this match is the perfect scenario to do that.

“We’ve done really well and that’s why we need to stay optimistic – you can’t win every game.” 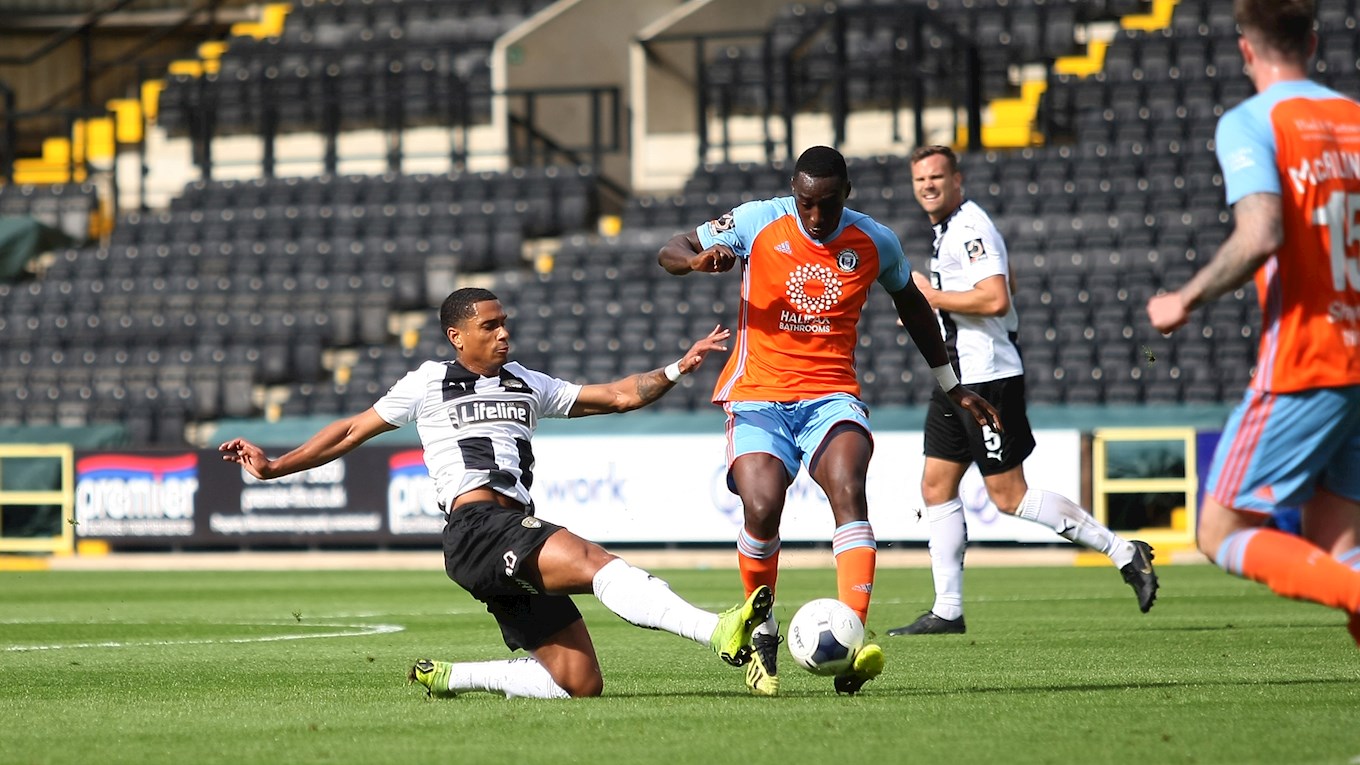 We go into Sunday’s match as underdogs against a Northampton side sat in the Sky Bet League Two play-offs and Brindley is relishing the status.

“It’s nice to be on the other side of the coin,” he said.

“Northampton will know we have the ability to test them, though, and they’ll be aware of that, but we’ll go in full of confidence.

“Teams are doing their absolute most to stop us from playing and we have to react to that but we have the players and the experience to do so.”

Brindley hopes a strong performance at Sixfields can be the catalyst for an upturn in league results, too.

“You see teams go into the cup and have an amazing run and it changes everything for them,” he added.

“It can have a great effect and there’s so much positivity around the competition.

“We’re looking forward to going into the game full of confidence and then hopefully we get the win and can use that momentum in the league.”