Regan Booty says a change in competition won’t cause the players to slack off when we visit Ebbsfleet in the Emirates FA Cup today.

We take a break from league action as we travel to Kent to meet Kevin Watson’s in-form side in a first-round clash.

And Booty says continuing our momentum is top of the agenda.

“Everyone loves a good cup run so we are not going to slack off,” said the midfielder.

“We need to keep the momentum that we have been building in the last few weeks going because it would be silly of us to take our foot off the gas.

“There is a lot of potential in the FA Cup but you have to take it game-by-game.

“The focus is on this weekend – going there to win with a perfect gameplan, executing it and then we’ll see what happens from there.”

Booty has fond memories of last season’s FA Cup from his time on loan at Aldershot.

“The pitch was waterlogged and it should’ve been called off but we ended up drawing at home with Bradford,” he recalled.

“Then we went there and it was waterlogged again. Jim O’Brien was playing for them and the match went to penalties, and unfortunately we lost.

“We were the underdog, and everyone likes that in the FA Cup. We might go into the game as favourites on Saturday, so we have to ensure we go on and win.

“We know a lot about Ebbsfleet and, from our meeting back in August, we remember they’re a physical team who like to get the ball forwards.

“We need to defend first and foremost – build a platform and go from there.” 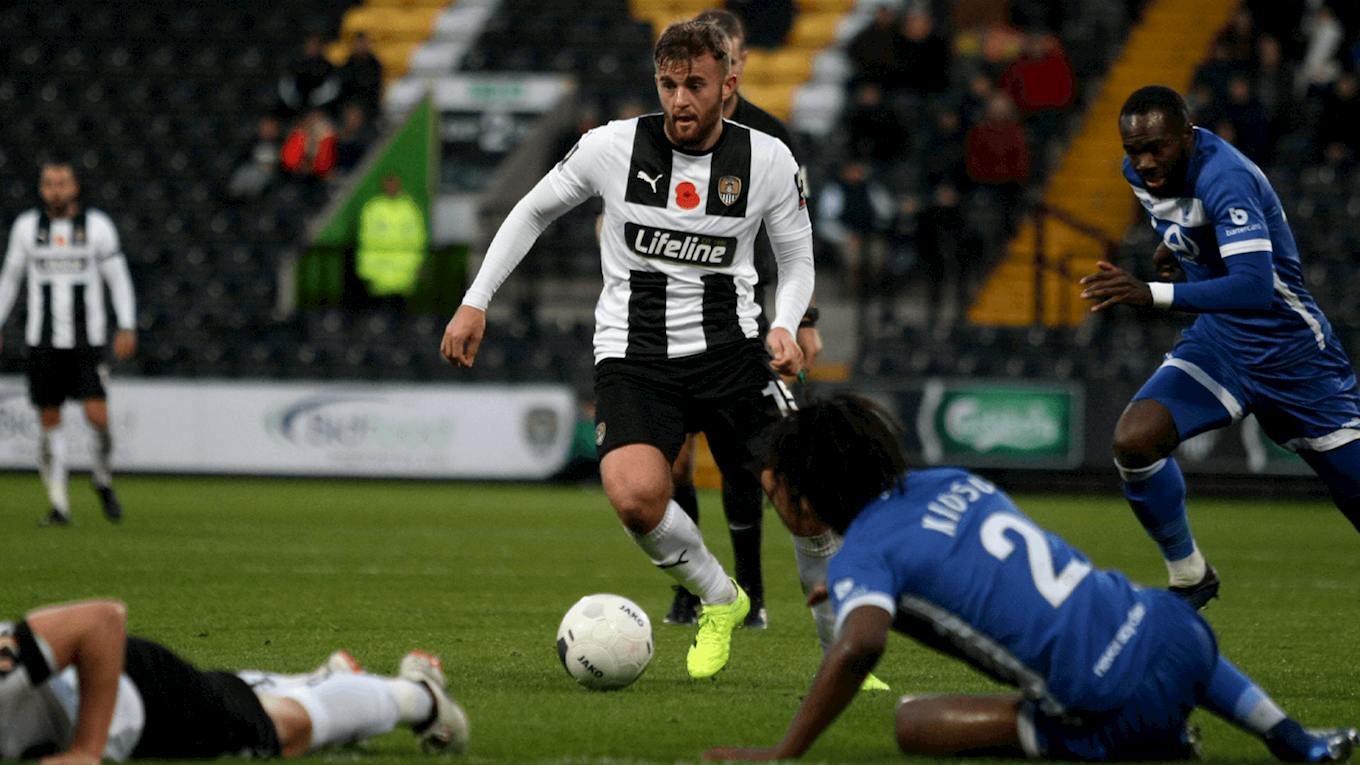 The 21-year-old netted his first goal for the club in the 2-2 draw at Stonebridge Road earlier this season and is pleased with the contributions he’s been making of late after adding another assist last time out.

“Whether I set someone up or score myself, it is just nice to be having the impact on games,” Booty added.

“Everyone loves scoring but I also enjoy assists because you get that recognition anyway – it’s just good to be involved in the goals and on the winning team.

“When I’m on the pitch, I’m making sure I’m doing the best I can to make as much of an impact as possible on the game.”