Neal Ardley says he is enjoying life at Meadow Lane this season and feels we have a new lease of life.

We're currently positioned in the Vanarama National League’s play-off places, while there is stability away from the field, too.

And, when meeting the media on Thursday, the boss expressed his satisfaction with the contrast to the previous campaign.

“There is enjoyment and that comes from getting a new lease of life this season,” he explained.

“You could never do any development work last time round because everything was about trying to get a performance on a Saturday.

“There were so many players to take care of and cater for that it made training tough, whereas now we are spending more time with individuals and are able to coach them.

“We’re enjoying watching games back because there’s a philosophy, and we can see where we’re getting it right and wrong.

“Last year we were scrapping, but now everything has a theme and it’s enjoyable to work in the way we are.” 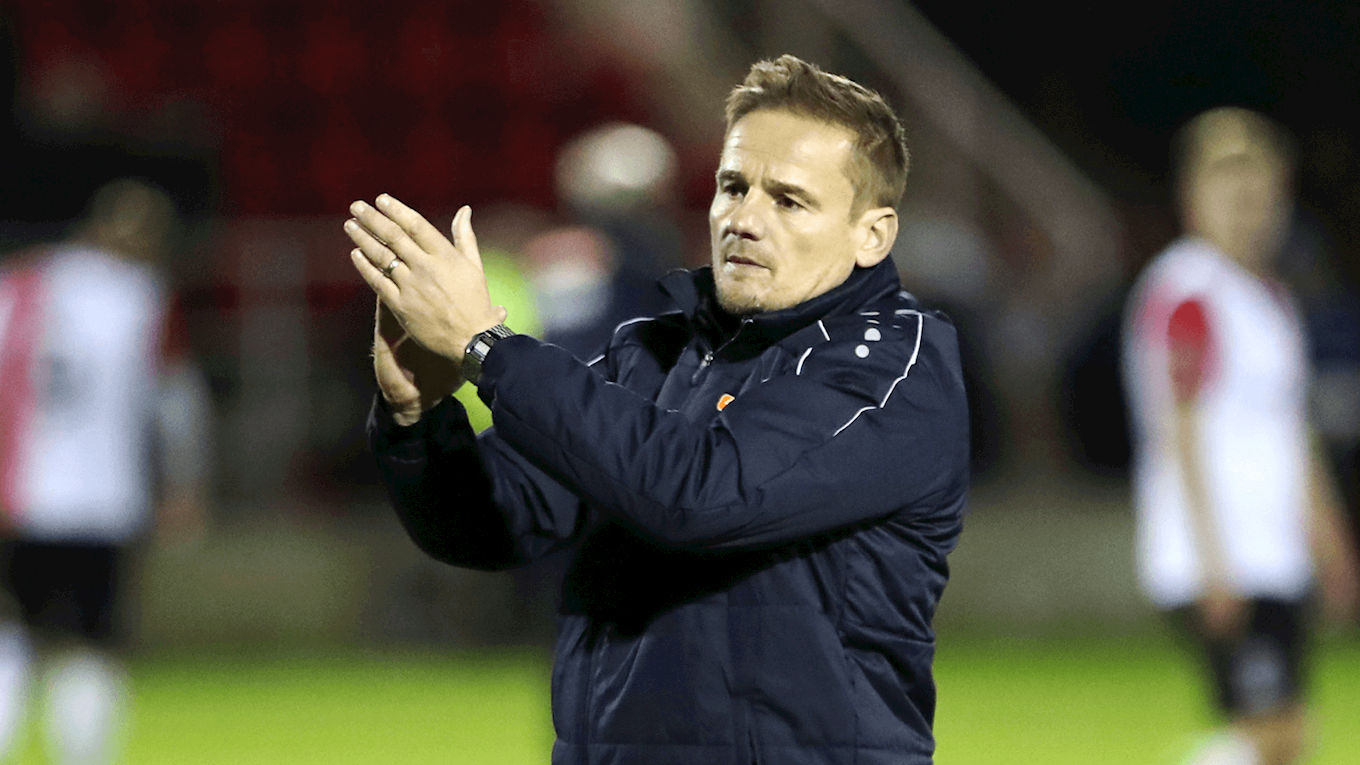 A clean sheet at Woking on Tuesday night means we now have the best defensive record in the division.

And the boss is delighted with the threat we carry at the top end, too, having netted an average of two per game across our last eight matches.

“If you’ve got goals in your team, it’s a good sign,” said Ardley.

“Even if you are excellent defensively, sometimes you still get breached.

“We saw that against Chesterfield last week and Wrexham earlier in the season – teams can take their one chance.

“Moments like that happen, but knowing you have goals in the team breeds confidence.”

Ardley is feeling positive ahead of the weekend meeting with Hartlepool but is well aware of the momentum the visitors are building, with three consecutive wins to-nil.

“We’re confident in ourselves because our home form has been good and we enjoy playing at Meadow Lane,” he said.

“Hartlepool have good momentum, though. Their caretaker manager, Antony Sweeney, has come in and been great, and the players have the belief that they can win matches.

“They’ve got some good players, they’re one of the bigger clubs in the league and I think the momentum will be a big thing for them.”