Neal Ardley says we need to stick to our guns as we look for an upturn in form against Boreham Wood on Tuesday night.

Defeats to Barrow and Aldershot saw us lose consecutive games for the first time this season, and we’ll hope for a return to winning ways under the lights at Meadow Lane.

We’re unbeaten in midweek matches in 2019-20 and, prior to the Barrow defeat, had lost just twice since the end of August.

So Ardley thinks there’s no need to panic and change style or tactics.

“We had a bit of a swagger about us until a certain point and it’s important we don’t let doubt creep in,” said the boss.

“My message to the players is ‘don’t stop believing, let’s not become a team that scraps for points in a way that evens the playing field’.

“We were on a run of three defeats in 19 games – that shows we were doing something right and we can’t come away from that just because we’ve lost a couple.

“We’ve done well and can’t press the panic button because we’ve had a couple of indifferent results.

“We’re not on the verge of a crisis. We’ve had a bad week but, by the end of this one, we can turn it into a good one.” 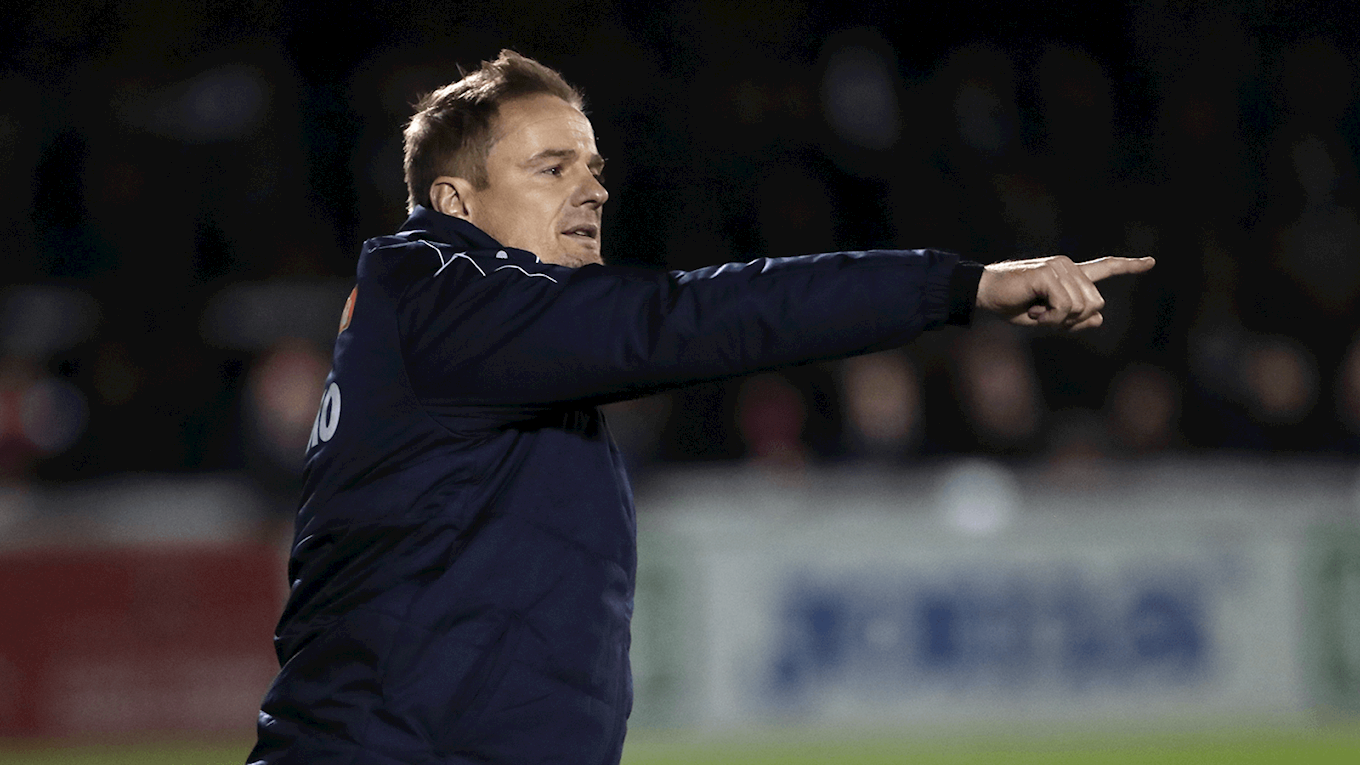 After boasting the best defensive record in the division a matter of weeks ago, we’ve shipped nine in our last four matches.

And Ardley feels this is the reason behind our recent struggles.

“We’ve conceded poor goals and let in a lot more than we had in our previous six games,” he admitted.

“That’s the change and what’s led to the indifferent results. We’re leaving ourselves too open and we’ve been punished.

“There have been occasions when the players who haven’t got the ball are being too brave – the two full backs might end up forward at the same time or midfielders are trying to make things happen and vacating the middle of the pitch.

“Teams have shown us respect and had to come up with a gameplan to beat us, and we’ve made ourselves easy to pick off.”

Our task won’t be helped by a spate of injuries to defensive players ahead of a meeting with a Wood side featuring 12-goal Kabongo Tshimanga.

“Damien McCrory has fractured his fingers so his knuckles have swelled up and we’ll have to look at his availability,” explained Ardley.

“Alex Lacey’s hamstring is tight and he might have a strain, while Connell Rawlinson’s back seized up towards the end of Saturday’s game, so that’s three centre-back options struggling at once.

“Boreham Wood will have a go at us. They did at their place and I think they’ll play similarly to how they did in September, so they will here, too.

“The manager gets them at it and they play their 3-5-2 system really well. They’ve got a lot of pace and athleticism and were good when we played them before, so we’ll have to get a lot of things right.”