Notts County close their 2018-19 season with a trip to Swindon on Saturday with what is arguably the biggest game of their 157-year history.

The Magpies must win at the County Ground to stand any chance of remaining in Sky Bet League Two and need Macclesfield to lose at home to Cambridge as well.

If Notts do manage to beat the drop, they will retain their status as the world’s oldest Football League club and pull off a remarkable escape from relegation – having been in the bottom two since mid-November.

Last Saturday they picked up victory in another must-win encounter – beating Grimsby 2-1 at Meadow Lane to take the battle against the drop to the final day of the campaign.

Meanwhile, Swindon have suffered a downturn in results as the season draws to a close – losing their last two fixtures and drawing four in a row before that.

Their recent run saw them slip out of play-off contention but they will hope to end the season on a positive note in front of their own supporters by recording their first win since the end of March. 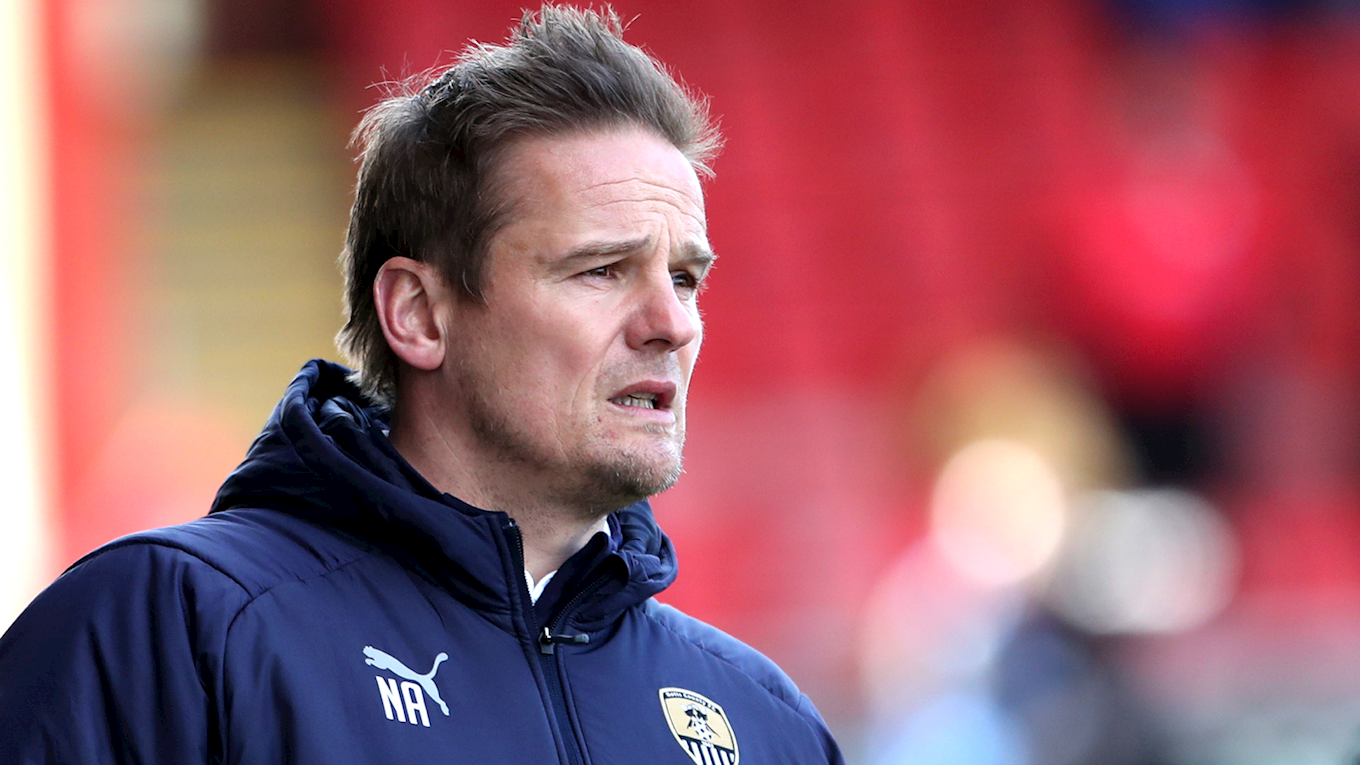 “We’ve got to win a game of football and the best way to do that is by looking forward to it, playing with freedom and having a real go – that’s the mindset I’m trying to create.

“We can’t be nervous or fear the game – we have to play naturally. If we can do that we give ourselves a good chance.

“Rather than having a sense of failure, I’m trying to work on the fact that we’ve taken it to the last game and can achieve something incredible.

“It’s an outside chance but on any of the other 45 weekends, could we win at the same time as Macclesfield lose? Absolutely. When you look at it like that there’s every chance.” 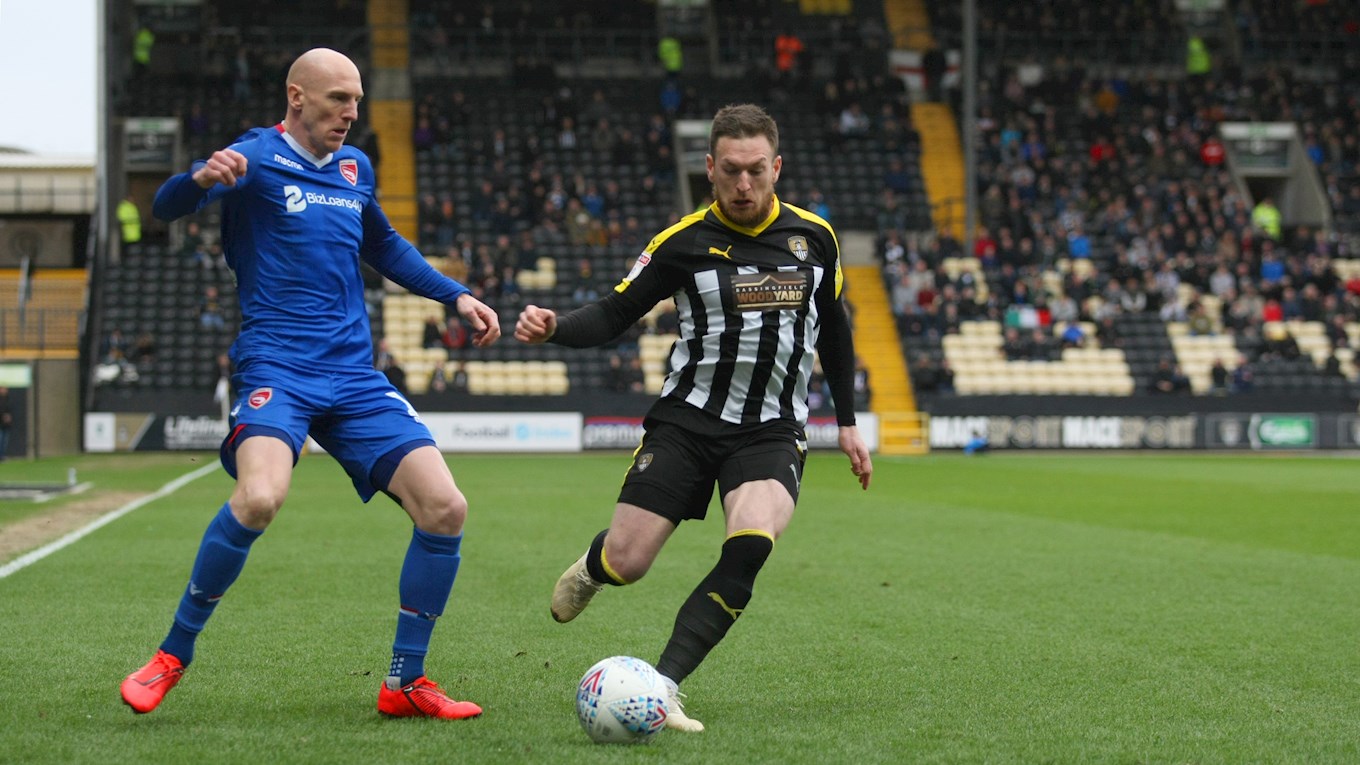 Ardley’s only fitness concern is over defender Matt Tootle who has missed training through illness this week.

Craig Mackail-Smith has scored on each of his last two outings and will hope to find the target again and weigh in with another important goal.

Swindon’s Matt Taylor’s 20-year career will come to an end when the full-time whistle goes as the 37-year-old retires from the game after making more than 700 professional appearances.

Marc Richards will hope for a starting berth for the Robins after coming off the bench to score in last week’s 3-2 defeat at Cheltenham. 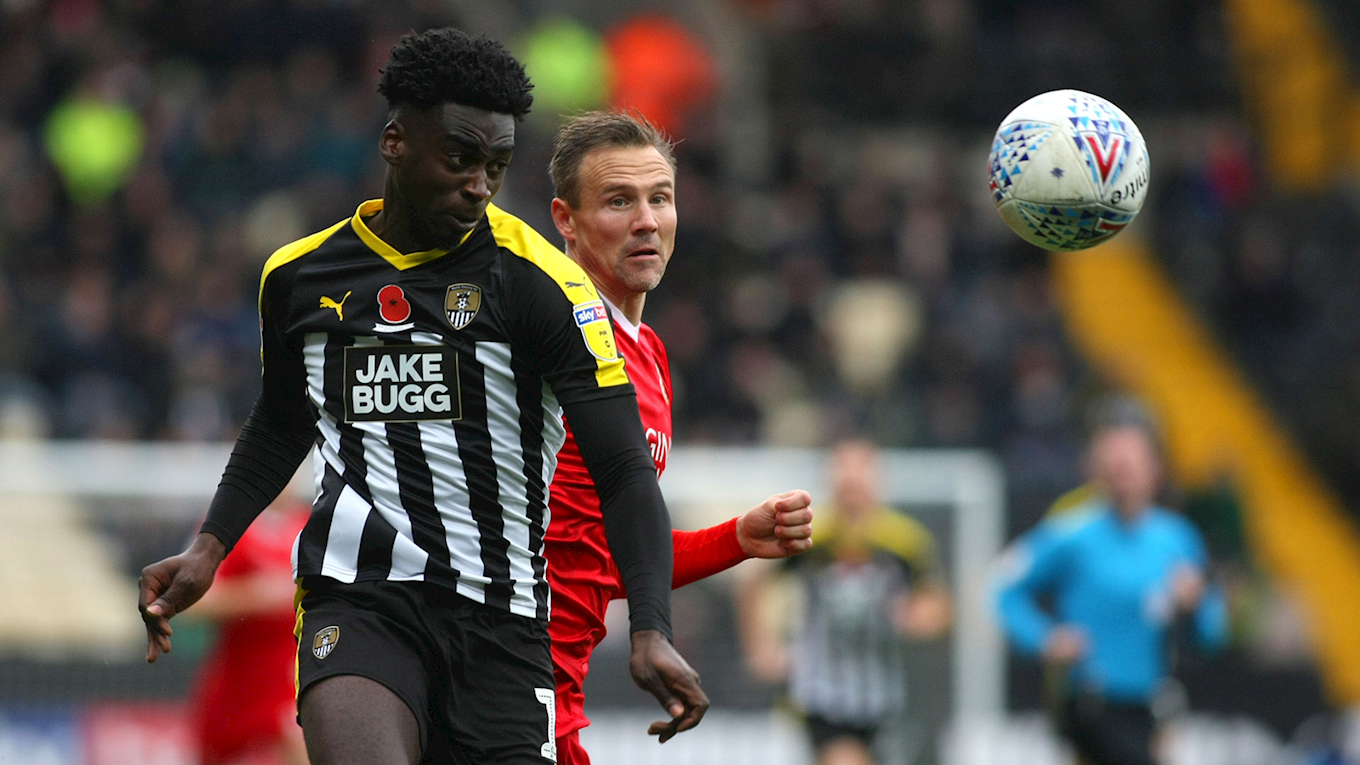 Swindon were 2-1 winners at Meadow Lane earlier this season, coming from behind to earn the points back in October.

Last season’s meeting at the County Ground finished 1-0 to the Robins as Luke Norris’ goal left Notts beaten in their last game of 2017.

The Magpies last won away to Swindon in April 2011, when Alan Judge and Lee Hughes completed a late turnaround following Matt Ritchie’s early goal for the hosts. 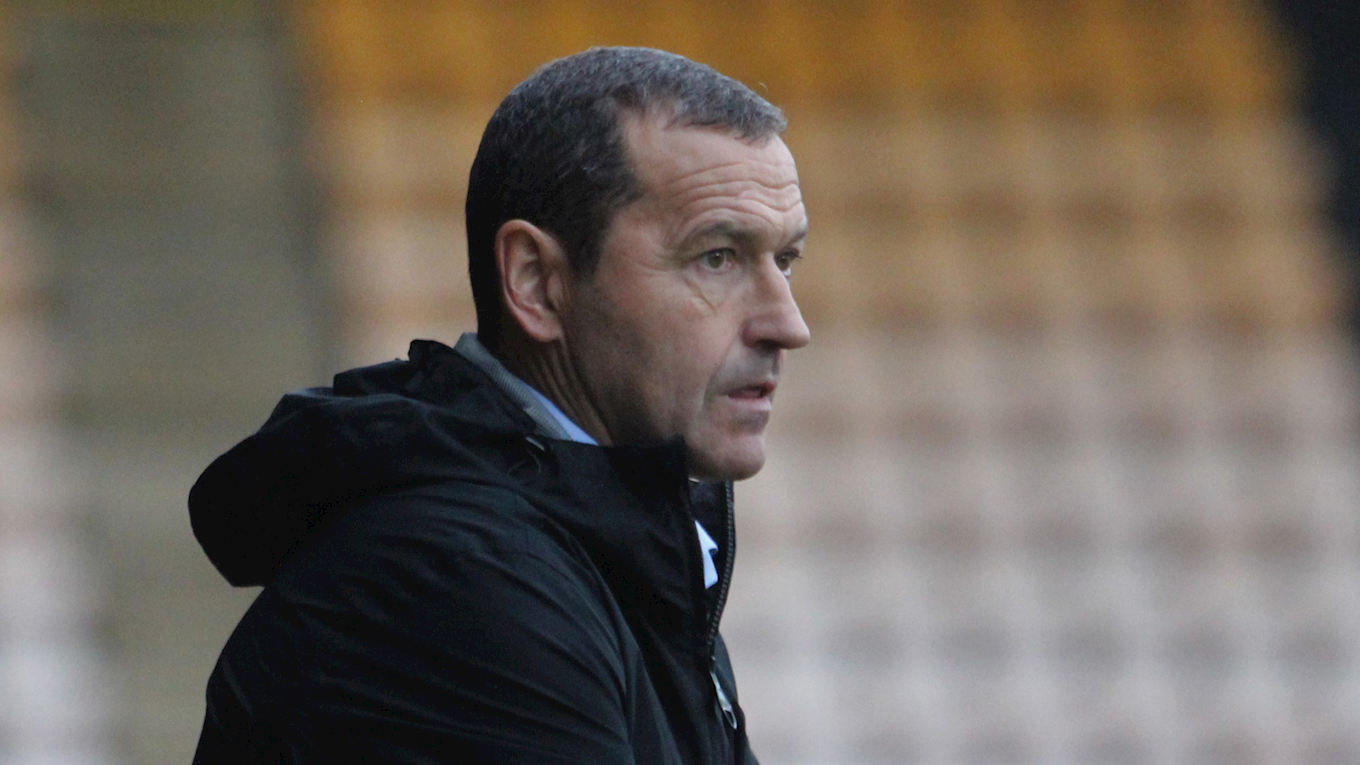 As well as needing to win themselves, Notts’ League Two status is dependent on Macclesfield losing at home to Cambridge.

The Silkmen picked up a victory at Port Vale last week and know they realistically only need a point in their final game of the campaign to stay up.

Cambridge are on the worst run of form in the league having lost four and drawn one of their last five fixtures but Notts need a favour from Colin Calderwood’s side.

At the other end of the table, MK Dons host Mansfield in a showdown for the last automatic promotion spot. Paul Tisdale’s side must win to finish third whereas a draw would be enough for the Stags.

Five teams are still in with a chance of securing the final place in the League Two play-offs ahead of Saturday’s action.

Newport are in the driving seat, knowing a win at Morecambe will see them finish seventh.

Exeter are one point behind the Exiles and will be hoping to capitalise on any slip-ups when they travel to Forest Green.

Colchester are a further two points back and must win away to champions Lincoln to stand any chance of a play-off place.

Level on points with the U’s are Carlisle (10th), who travel to relegated Yeovil, and Stevenage (11th), who host Cheltenham. Both will need all other teams in the hunt to suffer defeat while winning themselves if they are to occupy seventh place come 5pm. 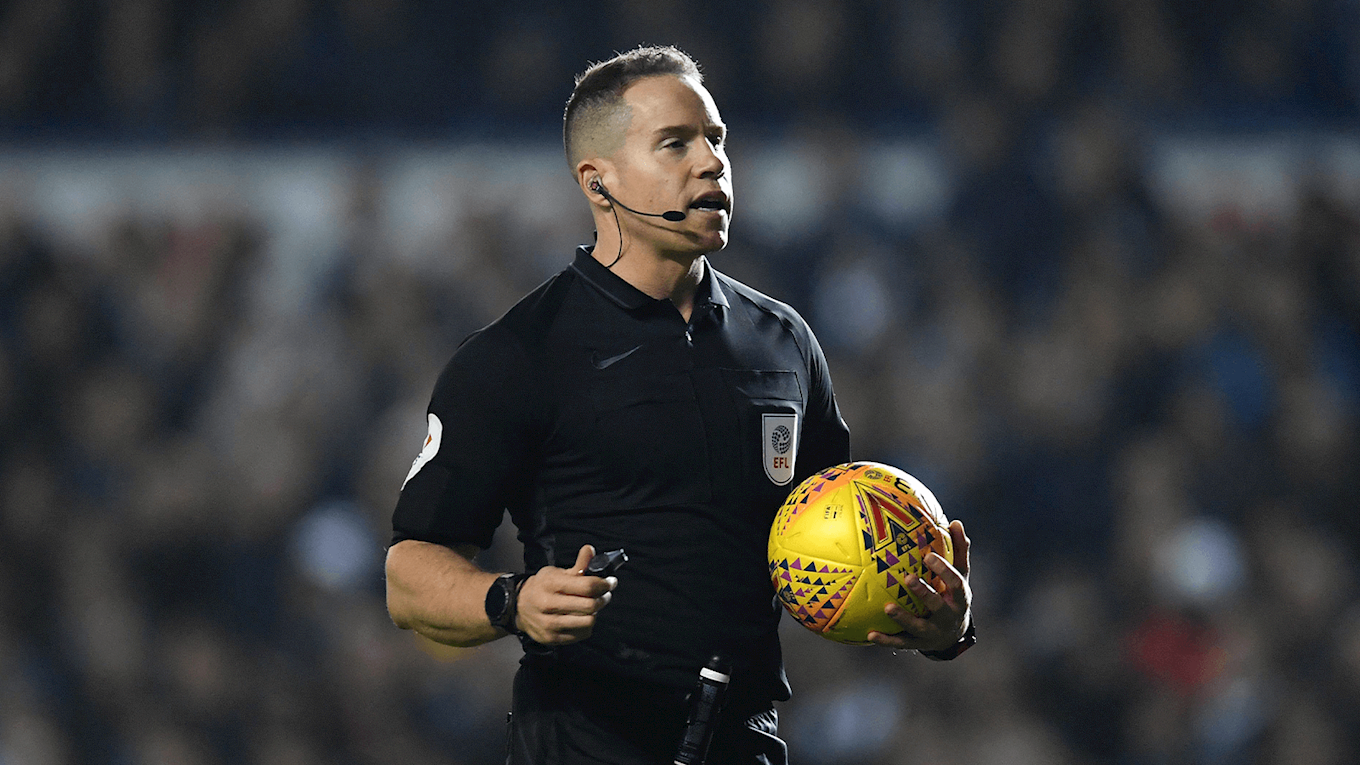