Notts County full back Matt Tootle says his love for the club will drive him on to recover quickly from today's heartbreak against Exeter.

Tootle could only watch on as City's Nicky Law scored an unlikely winner with the last action of the game, leaving Notts rooted to the bottom of the Sky Bet League Two table.

But the 28-year-old says there's no point wallowing in the disappointment - even though he admits he's gutted with the result.

"There's no reason we can't have a happy ending out of this," he said.

"Everyone's on their knees today but this is when you find out who the real characters are.

"I won't be on my knees for long. I'll pick myself up tomorrow, keep smiling and keep fighting.

"We've got some unbelievable characters in that dressing room - people who have done a lot in the game. They're the ones who are going to have to help lift the lads off the ground again.

"There are seven games left and it's still the same gap. It's not over yet and we'll keep fighting right until the end.

"Hopefully our luck begins to change and we can pick up a good run." 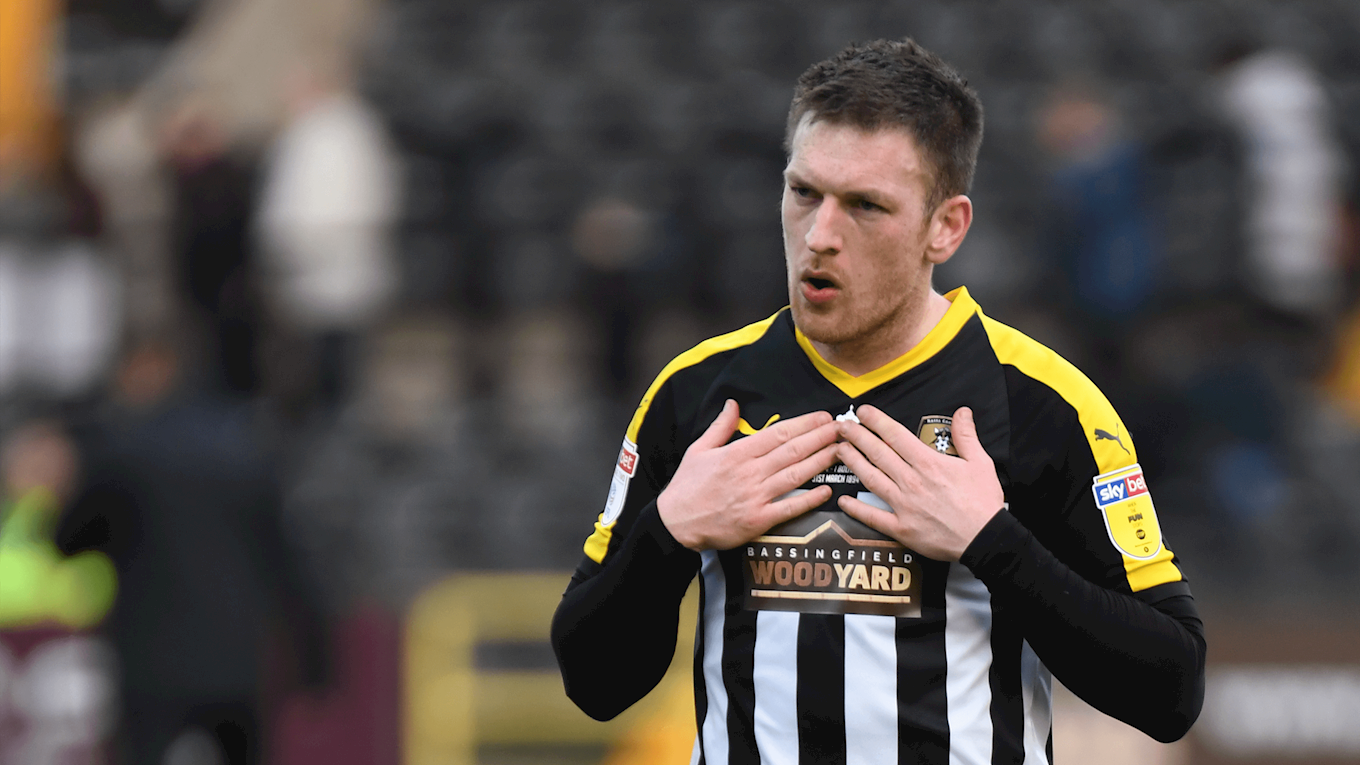 Notts' supporters understandably vented their frustrations at the end of the match, which Tootle admits was tough to take on a personal level.

"I think everyone knows that this is probably the most I've felt for a club in my career," he said.

"I've had a good rapport with the fans since I first came here and I don't want to let them down.

"Seeing them as they are is hearbreaking - but it's not over yet and next time we go to the Kop we'll be clapping them and telling them 'Come on, we go again. Let's get out of this.'"