Jim O’Brien says Notts County’s players feel they are on the cusp of stringing together a positive run of results.

With seven games remaining this season, the Magpies put in improved displays in recent weeks before suffering a last-gasp defeat to Exeter in their most recent match.

But O’Brien is keen for the side to put the disappointment behind them and respond positively at Stevenage on Saturday.

“When something like that happens, everyone knows there’s no point dwelling on it,” said the midfielder. "We have to put it right this week.

“A few of the lads who were here last year say there’s a similar feel to when they went on a really good sequence.

“It feels like we’re on the cusp of going on a run so hopefully that's the case and we can get some points on the board this weekend.”

The Scot says the team need to find a way to deal with the pressure of playing for a club of Notts’ stature.

“Of course there is anxiety but you have to find a way to block that out and believe in yourself,” he said.

“When you play for a big club you need to handle the pressure of supporters wanting results, which they have every right to expect.

“It’s about rolling your sleeves up and believing that what you are doing is right when you aren’t getting the breaks.” 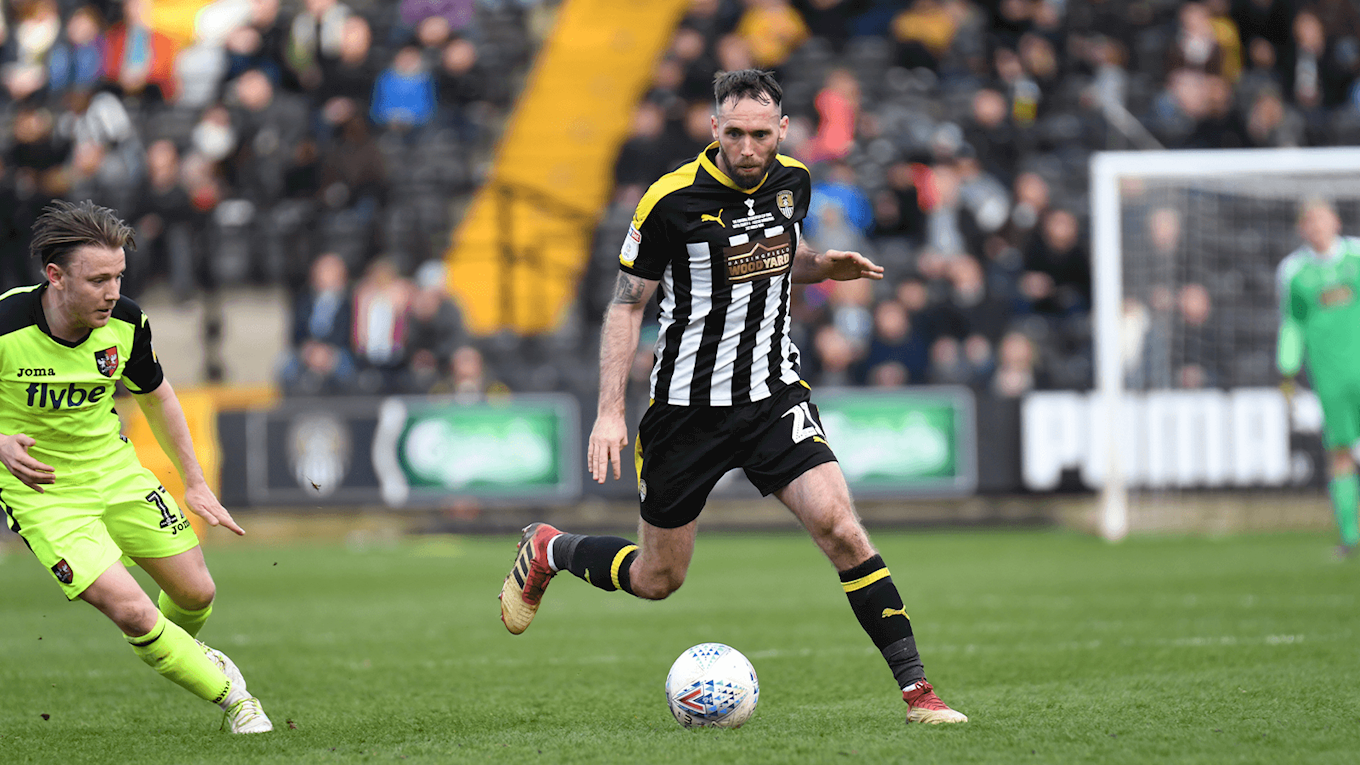 O’Brien says training this week has been focused on relaxing on the ball and remaining composed.

“It’s been about getting into good positions, like we have been, and being calm in front of goal,” he said.

“Consistency is key at this stage of the season and, to a point, it’s been there in the performances - but it’s about putting the ball in the net.

“We need to take risks in the final third and not allow any anxiety to creep in because we need to show the supporters we care.

“We know we’re capable of playing well and the people coming off the bench need to realise the impact they can make, too.

"We need everybody now.”