Kane Hemmings says the onus is on Notts County when they host Port Vale on Saturday.

The Magpies can close the gap between themselves and the visitors to just two points with victory at Meadow Lane as they look to bounce back from consecutive defeats.

And Hemmings says Notts must take the game to 22nd-placed Port Vale.

“The onus is on us to get after them,” said the striker.

“There’s no use in waiting to see what they are going to do so we need to put the pressure on them early doors.

“It’s all down to us and if we perform how we know we can, we are more than capable of getting a positive result.”

After picking up seven points against teams in the promotion mix at the beginning of February, Notts ended the month with two straight defeats but Hemmings says confidence is still high.

“The lads are just wanting to get down to business,” he said. “There’s no better game to right the wrongs.

“We’ve dusted ourselves down and are ready to go again. We haven’t lost much confidence because we know what we can do and it’s just about producing it.

“We’ve shown it at times but then not backed it up but now we’re getting towards crunch time.”

The 26-year-old says the side are avoiding any distractions and are focused on putting on a good performance against Port Vale.

“We can’t control things off the field – we have to go out there on Saturday and look to get three points,” said Hemmings.

“We need to get results and, because of where the two teams are, it would be massive to get one on Saturday." 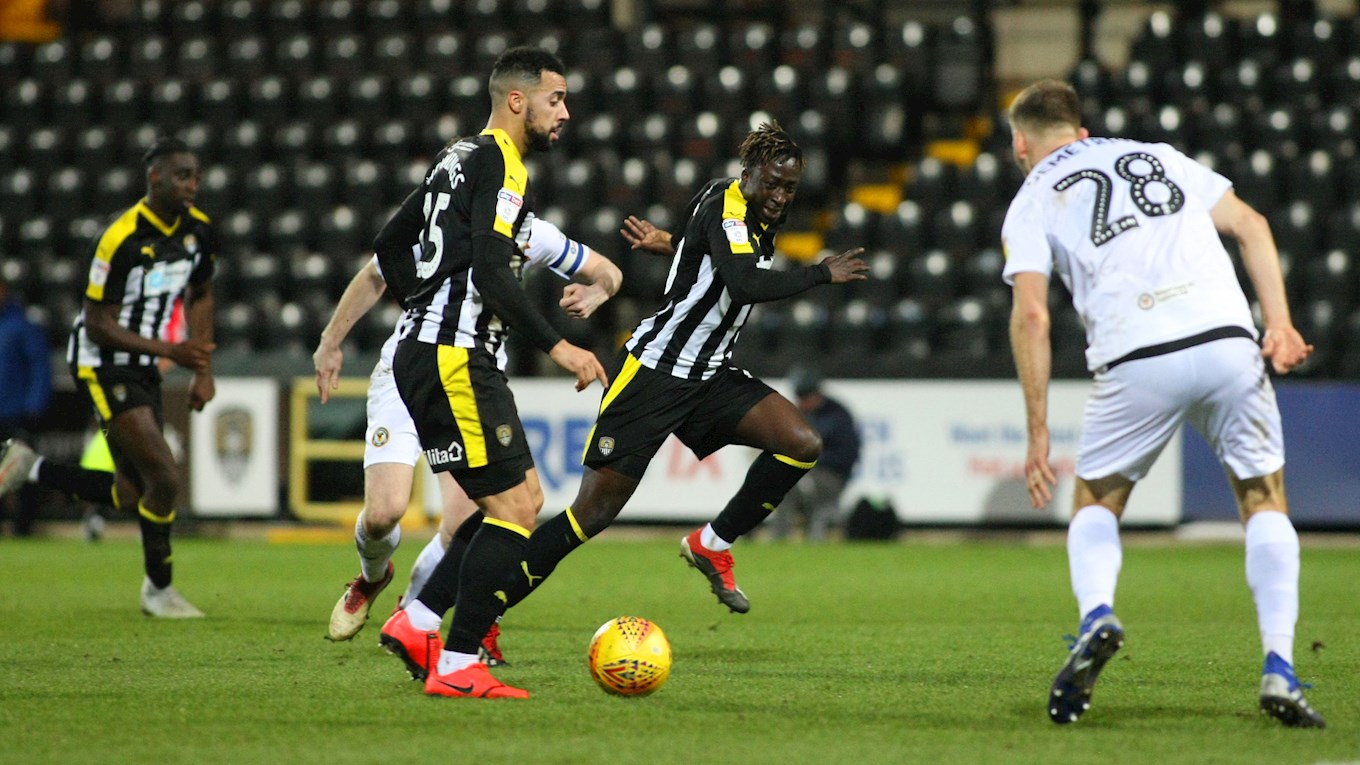 The striker also offered assurances that the achilles issue that plagued him earlier in the season is now under control.

"It's nothing too serious and it's just a case of managing it," explained Hemmings.

"It's an injury you have to keep on top of by doing specific things to prevent it flaring up again.

"I have to look after it properly to make sure it doesn't, so I do little bits on days off and five minutes extra warming up on my own to manage it."