The Magpies battled through the treacherous conditions Storm Gareth presented to secure a crucial 3-1 win at Brunton Park and move off the bottom of the Sky Bet League Two table.

And Hemmings felt Notts earned their victory due to the way they handled the challenges they were faced with.

“We dealt with it better than they did and deserved the victory,” said the striker.

“We looked solid right from the start and it was a good performance from the team and myself as an individual.

“The conditions were tough but we benefitted from the wind in the first half and got a goal at a good time and then in the second period, when it seemed to calm down, we took advantage when we could.”

Hemmings has now scored two in his last three games, taking his tally for the season into double figures.

And he feels there is more to come after his injury problems earlier in the campaign.

“I’m feeling a lot better in myself at the minute. I feel fitter,” said the 26-year-old.

“Injuries have massively hampered me this season. I got injured when Harry Kewell was here in November at a time when I felt sharp and I’ve not settled again until the last month.

“I think there are a lot more goals to come from me and hopefully between now and the end of the season I can chip in regularly.” 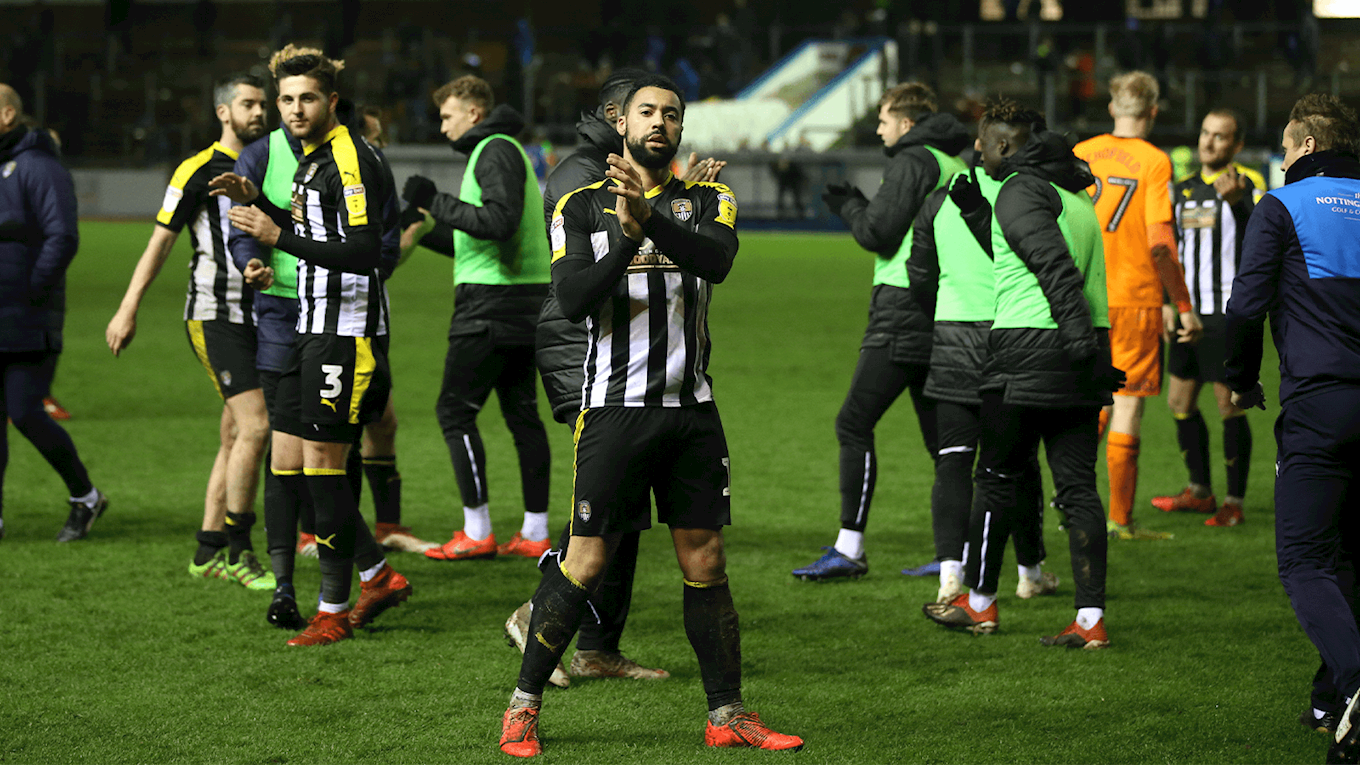 After Tuesday’s result, Notts are four points from safety and Hemmings says the side must follow it up when they host Morecambe on Saturday.

“It’s nice to be off the bottom of the table but we’re still down there in a relegation scrap,” he said.

“We’re delighted to get the win but it doesn’t mean anything if we don’t back it up on Saturday so we have to dust ourselves off and go again because that is the most important thing now.

“You need to enjoy the highs when they come because we’ve had a lot of lows when we’ve put in below-par performances.

"But now we have to refuel and do everything right ahead of the weekend because we have another massive game coming up.”