Neal Ardley wants Notts County to play with no fear when they visit Cheltenham on Saturday.

The Magpies head to the Jonny-Rocks Stadium to face a Robins side who are on a five-match unbeaten home run.

And Ardley wants his players to embrace their underdog status in the way they did in recent games against Lincoln, Forest Green and Mansfield.

“I hope we can get back to the level of those performances,” said the boss. “I don’t want any apprehension to set into the group because of where we are.

“We’ve got two away games coming up where, on paper, we’ll struggle to get anything so let’s prove people wrong and win the matches no one expects us to.

“Everyone likes to be the underdog and I’m trying to create a mentality where the lads feel there is nothing to lose – don’t fear failure, just have a go.

“There’s a lot more pressure when you’re at the bottom of the table than there is at the top and I’m trying to get the players to enjoy that and embrace it.”

After a goalless draw with Port Vale last time out, the gaffer wants to see his side create more on Saturday.

“We were poor in our play but defended very well last week,” said Ardley. “We’ve analysed the video and seen the reasons we didn’t carry much of a threat.

“We’ve worked hard to address them and, if we can keep the steeliness in our defending and have that bit more quality going forward, we can be a match for anyone.

“We’ve won two, drawn two and lost two of our last six which is mid-able form, but we need more than that and have to try to get as much as we can out of each game.” 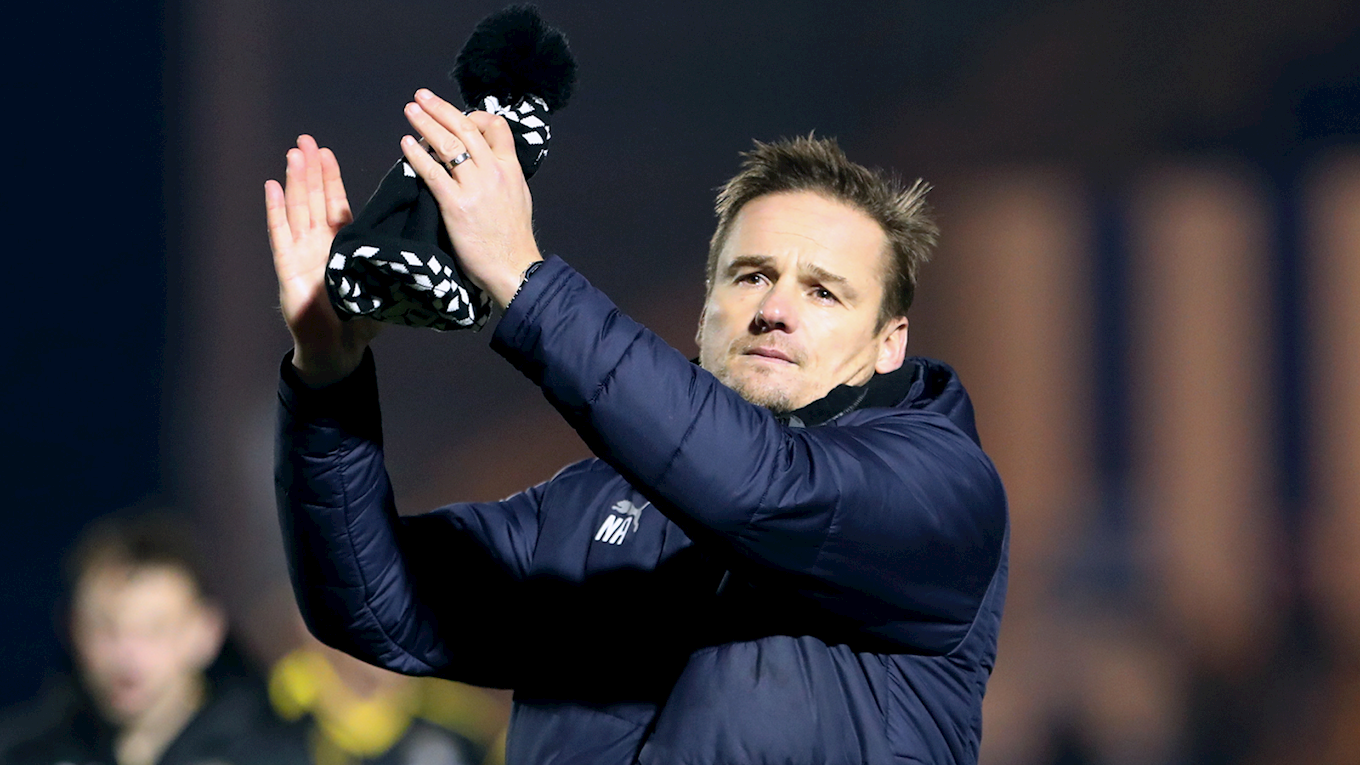 With 11 matches remaining to preserve Notts’ status as the world’s oldest Football League club, Ardley wants to see positivity from his players.

“We need to stick together, keep a smile on our faces, be bubbly, put our shoulders back and enjoy this challenge,” he said.

“We have young lads learning on the job and boys with know-how, so we have to blend the two together and do enough to save the season.

“They’ve got a great chance to be heroes and, if they can’t pull it off, I don’t think they’ll be seen as anything other than that for coming into the club and giving everything they can.”

The gaffer confirmed Elliott Hewitt will again be absent and needs to see a surgeon regarding his knee injury, which is more serious than initially thought.

Andy Kellett and Alex Howes both picked up knocks for the reserves on Tuesday so will miss out, while Craig Mackail-Smith has a slight issue with his achilles but has trained.