Neal Ardley was pleased with the effort shown by Notts County during their 0-0 draw with Morecambe on Saturday.

At the end of a gruelling week of fixtures, the Magpies could count themselves unfortunate not to take all three points after producing a dogged display at Meadow Lane, where Enzio Boldewijn had the game’s best chance.

And Ardley was impressed with the work rate he saw from his side.

“Physically, it’s been tough week and the boys gave it everything they had,” he said.

“If we’re going to get where we want to in the last eight games, we have to be a hardworking team that grind and do all the necessities of League Two.

“We did that at Carlisle and against Morecambe, but we didn’t take our chances like we did on Tuesday.

“I knew we wouldn’t be free-flowing and creating bundles of chances but we had the game’s best with Enzio.

“I knew it’d be close but if we’d won it 1-0 we’d have looked solid and scored a great goal but he didn’t take it and it’s two points we haven’t got.” 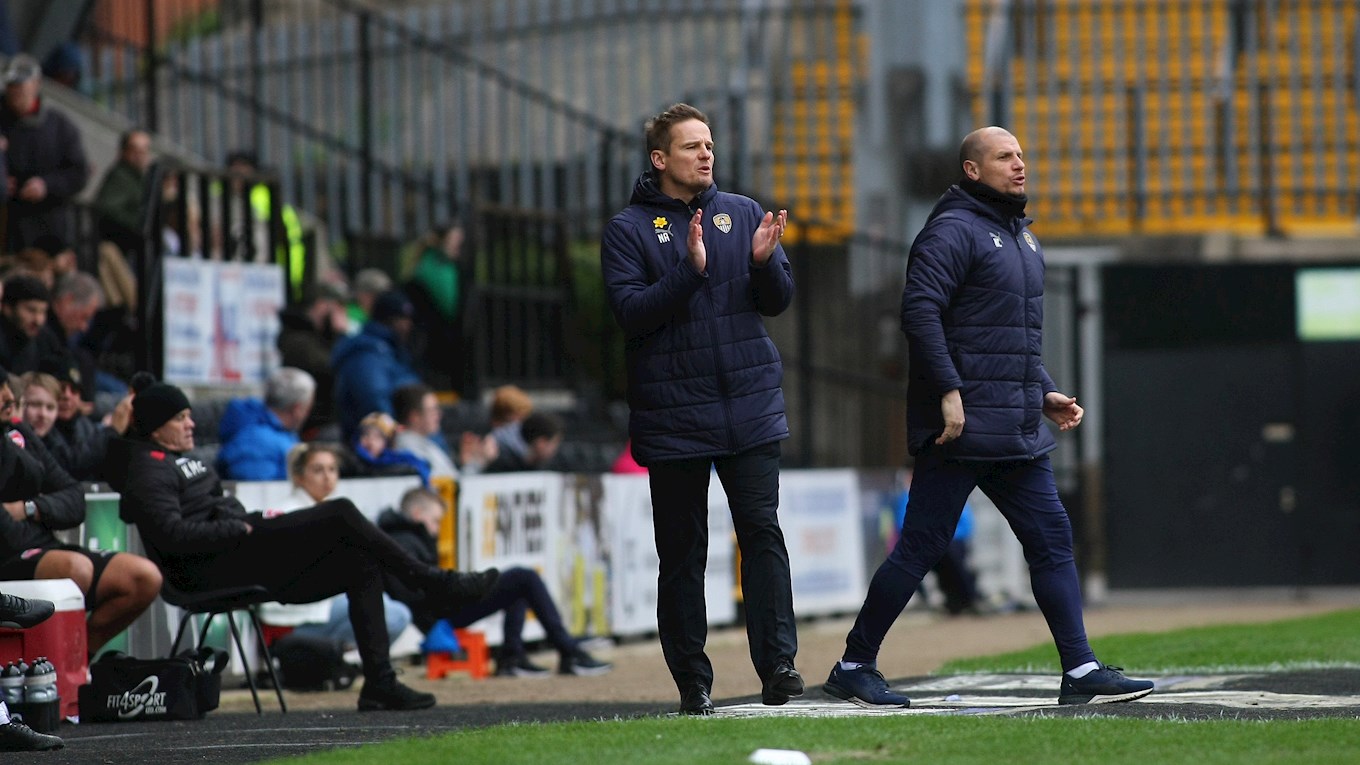 The gap to survival in Sky Bet League Two was reduced to just three points thanks to the draw and Macclesfield’s win at Yeovil.

And Ardley feels the week has been ended on a high despite not grabbing the winner at the Lane.

“We were excellent defensively and didn’t really look like conceding,” said the boss. “We’ve been more solid in our last two games.

“A fan emailed me recently asking that the boys give everything, knowing there’ll be a lack of quality at times but that they run hard for the shirt and put their body on the line for it. The boys did that.

“Following a poor result at Cheltenham last Saturday we’ve picked up four good points at the end of a week that got off to a bad start – now we’re in a position to go an unbeaten run.”