Alexander and Christoffer Reedtz have released the following statement after acquiring Notts County from Alan Hardy.

It is with great pleasure that we are able to announce today that we are the new owners of Notts County Football Club. We are delighted that the deal has been completed, and that the uncertainty about the club’s future has come to an end. We can now all shift our focus towards the exciting new football season which is just around the corner.

As you may be aware, we run a football analysis company called Football Radar, which has its headquarters in London and further offices in Liverpool and Plovdiv, Bulgaria. Ever since we founded the company 10 years ago it has been our goal to own a professional football club, and we are thrilled that the day has come where we have fulfilled this ambition. While football is business for us it is also our lifelong passion and to now have the opportunity to own a club with such heritage as Notts County is a dream come true for both of us.

Why Notts County? It goes without saying that Notts County are a big club with a proud history, and its status as the world's oldest professional football club is something that we, and anyone else who loves football, find absolutely compelling. What also appealed to us about Notts County is the city of Nottingham itself, and the support the club enjoys here. The club's results in recent years have not lived up to the high expectations, but the fans have continued to support their team wholeheartedly. In our view, the fans are the foundation of any successful football club. The passion and loyalty that the Notts County fans demonstrate is truly admirable, and of essential importance to the club's future. We look forward to getting to know the fans better and to working with them to take Notts County forward. 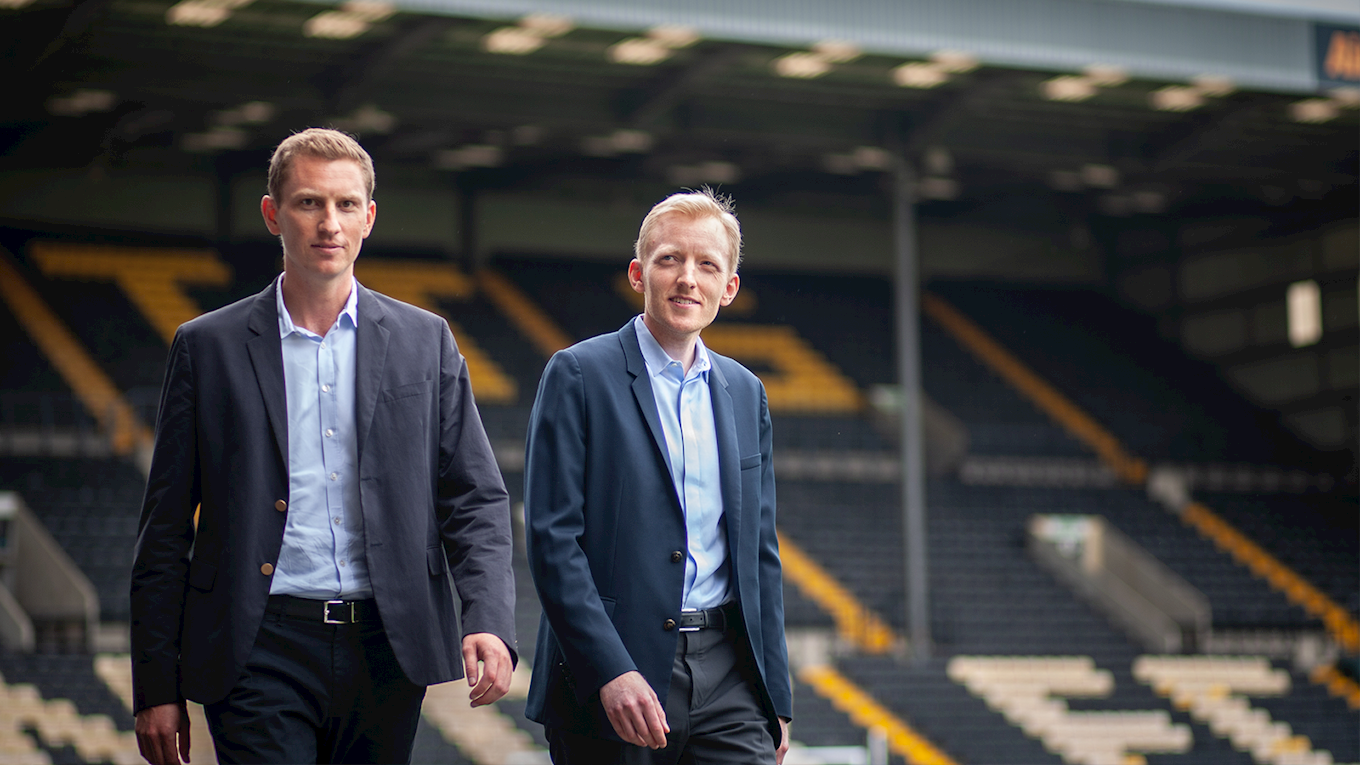 We are very much going to need the support of the fans in the upcoming season, which will not be easy. The National League is a strong league and the gap between it and League Two isn't massive. With only two promotion spots at stake for 24 teams, and twice the number of relegation places, the competition is going to be tough. The preparations for the new season, of course, haven't been ideal, with many players leaving and the club unable to sign replacements until now due to the financial circumstances. Having said all that, our ambition is to bring Notts County back to the Football League as soon as possible. We will work intensively with Neal Ardley and the rest of the team to bring in the right players in order to have a squad that has the necessary quality and depth to hopefully challenge for promotion this season.

A key element in our future strategy for Notts County will be the work we do at Football Radar. We believe that the unique data and knowledge we have access to through Football Radar, when used alongside the extensive expertise that already exists within the club, can help Notts County become very successful.

Finally, we would like to say that we feel very proud and humbled to be in charge of this fantastic football club. We know how important Notts County are to the fans and to the city of Nottingham, and we can guarantee that we will do our utmost to bring success to the club. It is now our responsibility to carry forward the great traditions of Notts County, to ensure that the world's oldest professional football club endures, and last, but not least, to win an awful lot of football matches!