Notts County will have a special mascot when they host Barnet on Saturday 10 August live on BT Sport.

Young supporter George Whitehead has been invited to walk out with the players after fighting off cancer and ringing the bell this afternoon!

His three-year long treatment plan against the Acute Lymphoblastic Leukaemia he was diagnosed with aged three has been completed and to celebrate he’ll be the club’s official mascot against the Bees.

Notts have been a big part of George’s life since March 2016 when, on the club’s annual Easter visit, he met some of the first-team players at Queen’s Medical Centre.

A year later, he met the squad again on the E39 ward and became a fan for life! 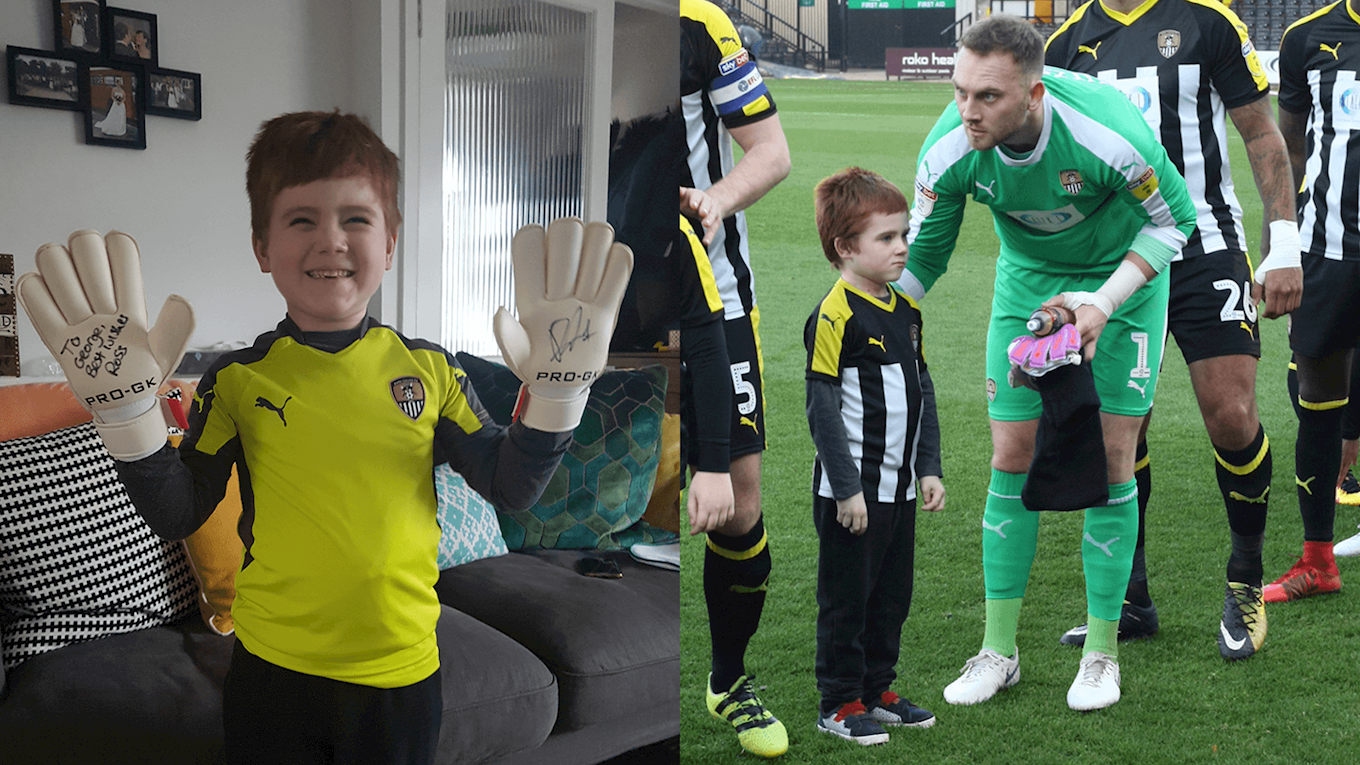 Last November, George had his first experience of a Notts mascot package and walked out with Ross Fitzsimons for the match against Cheltenham Town – the goalkeeper went on to send him a signed pair of gloves as well!

Congratulations on the news, George. The club looks forward to welcoming you to Meadow Lane next month.