The 19-year-old, who was England’s number one when they won the 2017 Toulon Tournament, will remain at Meadow Lane for the rest of the season.

And manager Neal Ardley is delighted to add Schofield to his ranks after careful research established him as one of the club’s top January targets.

“People will say that in the situation we’re in you need to go for experience, know-how, etc,” he said.

“But sometimes you just need to go for the best available. That’s not always the experienced one.

“Some of the best goalkeepers I’ve seen throughout the leagues in my time have been first-loans from big clubs, playing down the leagues and showing their strengths.

“When you look at the likes of Jordan Pickford and Kasper Schmeichel, they’ve had to start somewhere - goalkeepers need a pathway to gametime.

“We’ve done a lot of due diligence on the lad and we feel we’re getting someone who if we didn’t take on his first league loan we’d never be able to get to this club again.

“Ryan’s got all the attributes and his coach puts him right up there with some of the top keepers he’s worked with. 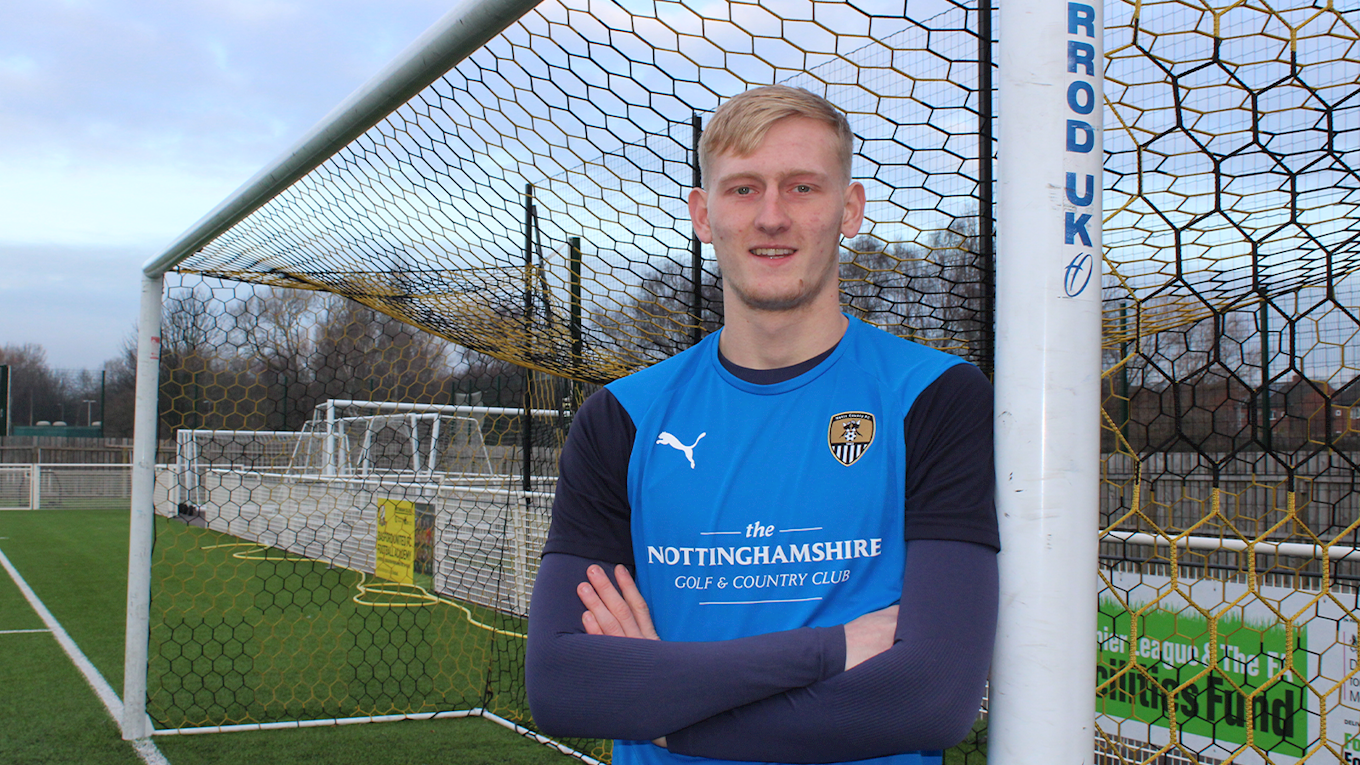 “He’s a big, imposing goalkeeper who talks really well and has a mature head on his shoulders.

“He played in front of 5,000 fans at FC United of Manchester when he was 18, playing first-team football with crosses coming in and big men challenging him.

“He’s well adept to all that and trains with Huddersfield’s first team. They rate him ever so highly.

“We believe he’ll be a big addition to our goalkeeping department, improving the competition in that area.

“Our aim is to have strengthened the team and squad by the end of January and to have people fighting for their place. We feel this signing will help with that.”

Schofield, who has also spent time on loan at AFC Telford, will be in contention to make his league debut against Cambridge United on Saturday.

If you’re interested in sponsoring his kit, please email alice.kelk@nottscountyfc.co.uk or call 0115 955 7241.