Sam Osborne is pleased that his work on the training ground has seen him get among the goals regularly in recent weeks.

The winger hit his sixth goal in six games as he opened the scoring for Notts County Under 23s in their 2-2 draw with Newcastle on Tuesday afternoon.

And the 20-year-old says improving his goal return has been a concerted effort.

“I’ve been working on goalscoring day in, day out,” revealed Osborne.

“I’m trying to add that element to my game so that I am able to bring something to the team.

“My goal in Tuesday’s draw was very much what I like doing – receiving the ball with a defender to beat, cutting inside and finishing it off.” 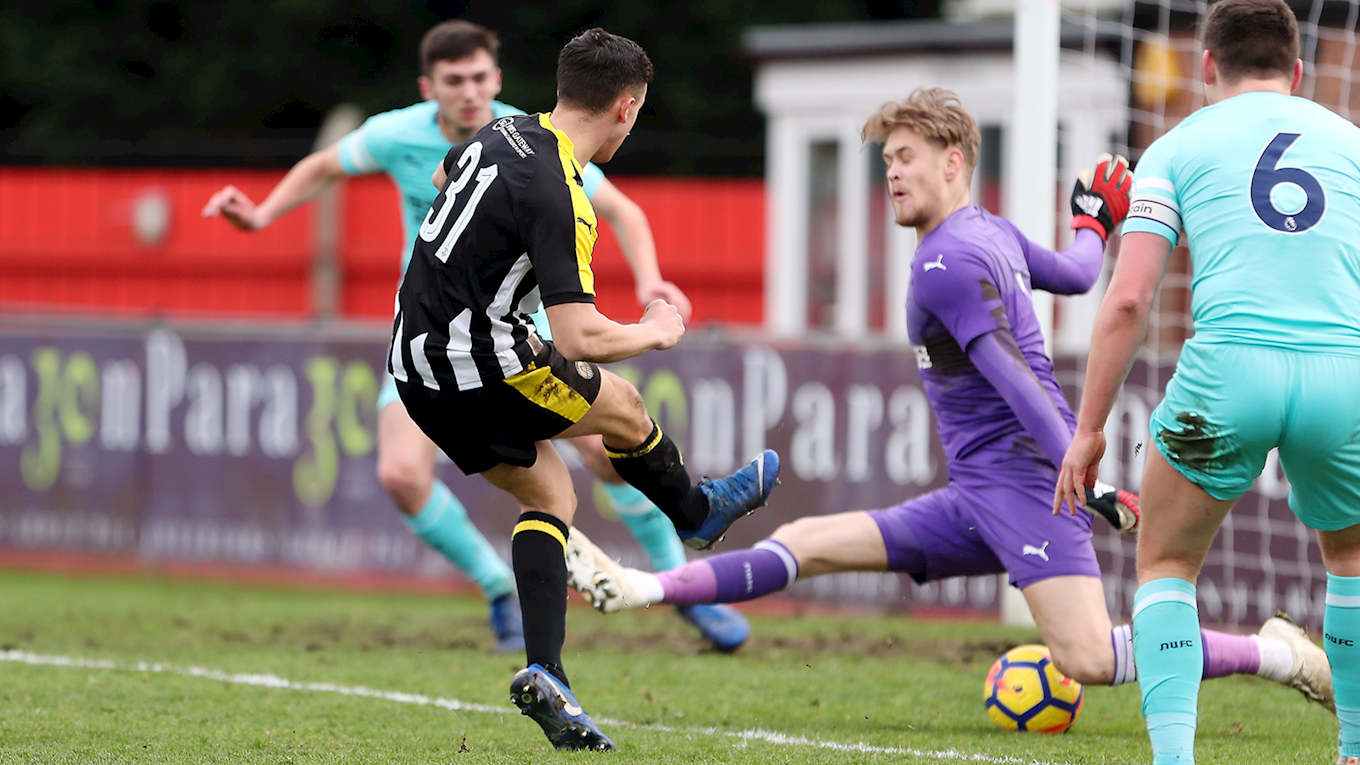 After regular inclusion in matchday squads earlier in the season, Osborne has seen his first-team involvement reduced in recent weeks and hopes to be selected again for upcoming games.

“I’m pushing to get in the first team,” he said. “Making the squad on a Saturday is what I want to do.

“The gaffer has told me to work on my movement so that I am able to get on the ball and then to provide that end product.

“I’ve been working hard with Steve Chettle so that I am able to get in the goals and have been trying to perfect my finishing.

“I’ve also worked on my movement with Neil Cox – I think both helped me against Newcastle.”