The former Mansfield, Newport and Ilkeston man scored four goals in 29 appearances for Grimsby Town this season, including one against Notts in the Checkatrade Trophy, before negotiating a termination of his contract in order to join the Magpies on a free transfer.

And Notts manager Neal Ardley is delighted to see him sign an 18-month contract at Meadow Lane.

“Mitch can play in central midfield and be a bit of a destroyer in there if you need him to be,” said the boss. “He can also play at right back – he’s a good one-v-one defender who can get up and down. He gives us a lot of flexibility.

“Mitch is powerful and athletic, plus he’s a very mentally-strong boy. He’s well up for the battle and people like that aren’t easy to find.

“Steve Chettle has worked with him before and really rates him, so we’ve got an inside track. We’ve done a lot of homework.

“He’s 24 so he’s at a good age with games under his belt. There are so many positives to this and I’m absolutely delighted.” 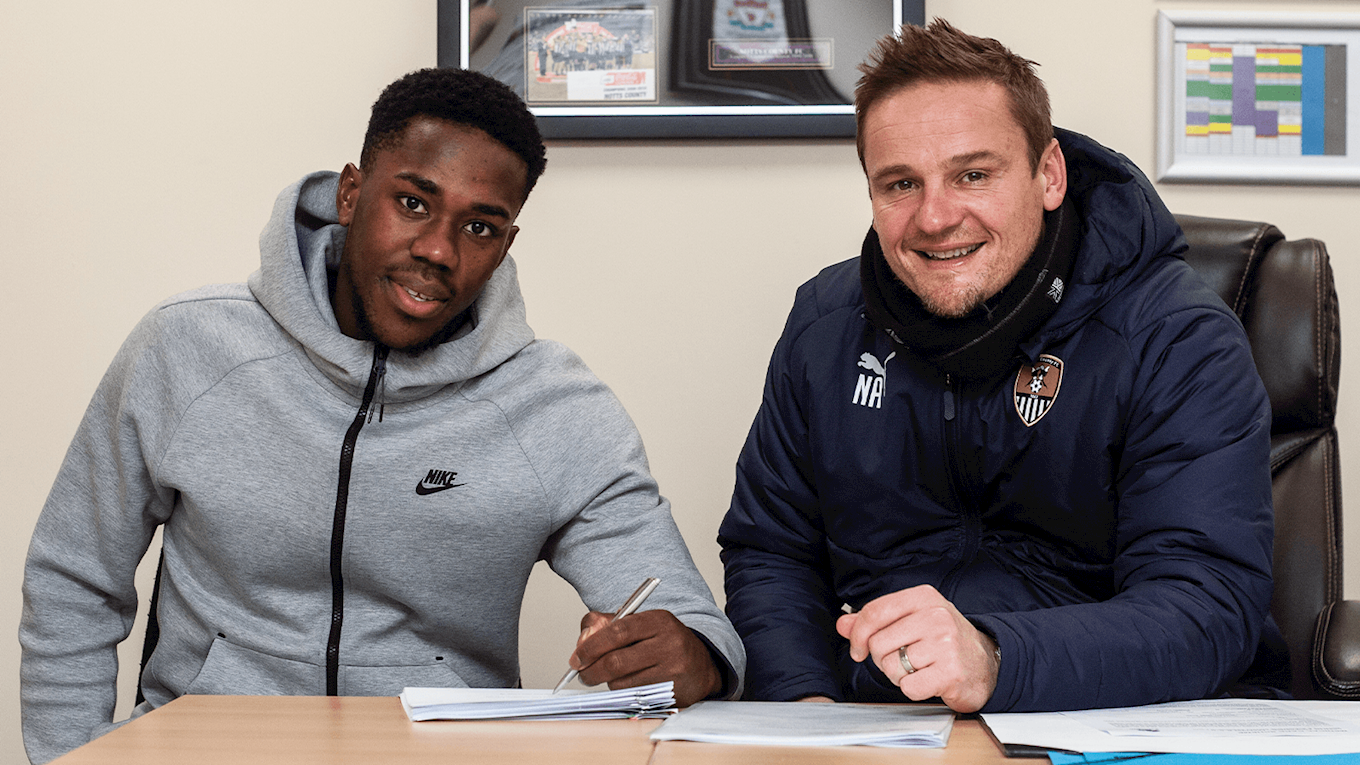 The boss says persistence was key once again in his efforts to bolster his ranks.

“If you don’t ask, you don’t get,” said Ardley. “Michael Jolley [Grimsby manager] needs to try and free up some money to try and do business elsewhere so it’s worked out perfectly for us.

“We need to bring in one or two permanents because you can only have five loans in your squad, so it’s a big plus from that point of view.

“I know people worry but I’ve never been in doubt that we’d get our business done. The beauty of the Newport game being cancelled is that it gave us two weeks to work uninterrupted.

“I’ve been patient with it. I’ve got all my eggs lined up and I’m confident they’ll drop into the basket – and if one doesn’t, there’s another one next to it.

“We’re in a good position, ready to do our business.”

If you would like to sponsor his shirt, please email alice.kelk@nottscountyfc.co.uk.