Neil Cox says he and manager Neal Ardley are ‘giving everything’ to get Notts County out of their current situation.

The Magpies have a free weekend following the postponement of the Newport fixture but are bottom of Sky Bet League Two and six points from safety.

Cox recognises the task at hand but says both himself and the gaffer are excited by it.

“It’s the biggest challenge of either of our careers,” he admitted. “It’s one we are looking forward to, though.

“We’re giving everything we can to get this football club out of the current situation and back to where it should be.

“We have to work hard and show everyone how much effort we are willing to put in.

“We’re travelling around the country watching games and speaking to players and agents because we are determined to get this job done.

“The lads are taking that on board – if we all work hard together as a team then things will start changing.

“We won’t win as individuals. We have to work together and be better as a group.” 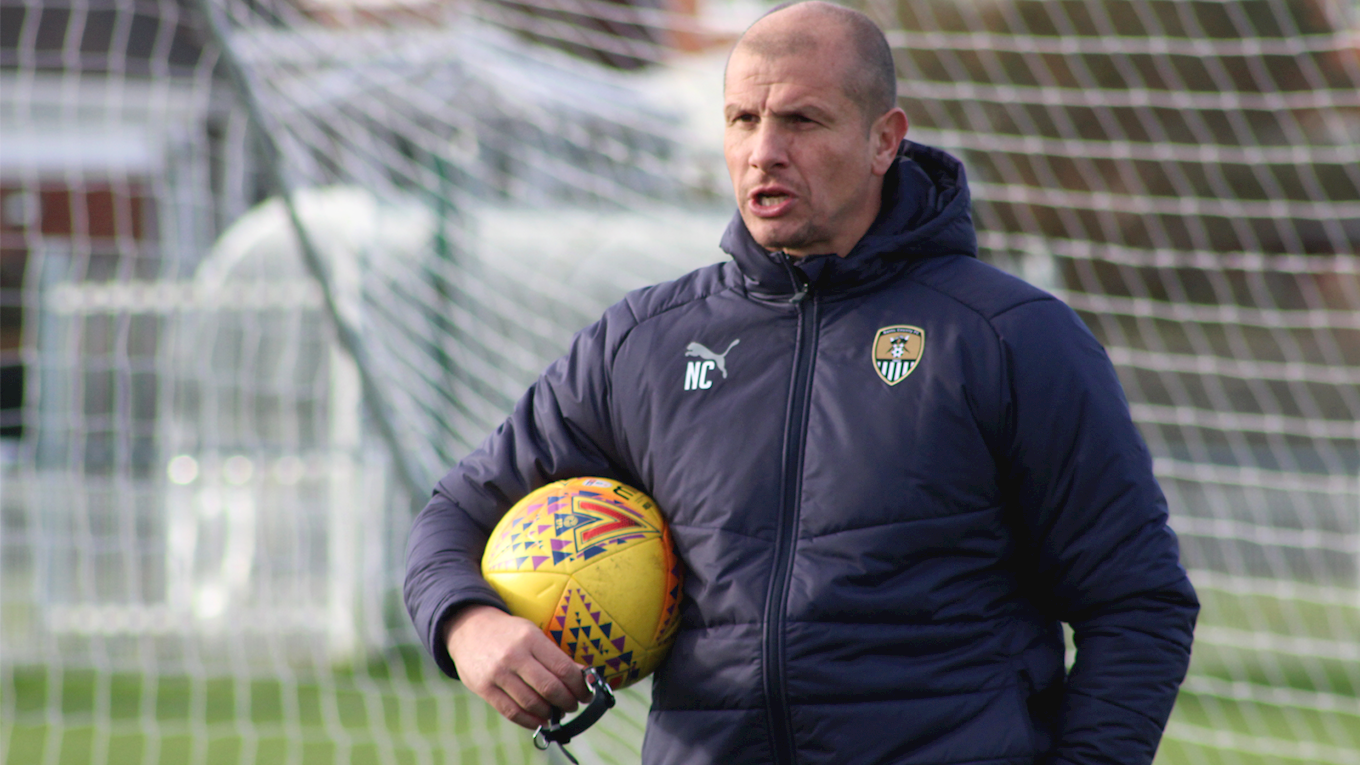 Cox says one of the main focuses in training this week has been improving the players’ mentality.

“We’ve been working on mental strength and demanding more from your teammate,” he explained.

“When they cross the white line on a weekend, all we can do is shout. The players have to dig in themselves and fight for each other, this club and the shirt.

“That’s what we expect and we’ve seen that in training this week with some determined challenges flying in and the players showing us they want to win.

“The more winners we have here the more chance we have of winning games. That means the more we demand of them and the lads demand of each other, the more points we will earn.”

The assistant manager says having no game this week has allowed them to do some in-depth tactical and physical work.

“It’s the first time we’ve had a prolonged period to work on fitness and organisation,” said Cox.

“The break gives us 10 days to put them through their paces and get them fit enough to play the way we want and we spent the start of the week focusing on that.

“Over the last couple of days we’ve gone into a lot more detail on positioning and organisation so that the players improve their understanding of what we expect from them.

“Ahead of Lincoln next week we’ll be doing double training sessions again to make sure we’re ready so we can give back to these fans who have continued to support the team.

“With them behind us, things will soon change.”