Ben Barclay says there is more to come from him following his Notts County debut against Colchester on Saturday.

The centre back’s loan move from Brighton was confirmed on Friday and he went straight into the starting line-up for the 3-3 draw in Essex.

And the new arrival was pleased to make his senior bow.

“I enjoyed the experience,” said Barclay. “I’ve been wanting to play league football for a while now.

“I was quite happy with my performance overall but there is still a lot more to come from me.

“This was my first game in a couple of weeks so I was blowing but I’ll get fitter and more composed on the ball. I’ll only get better.” 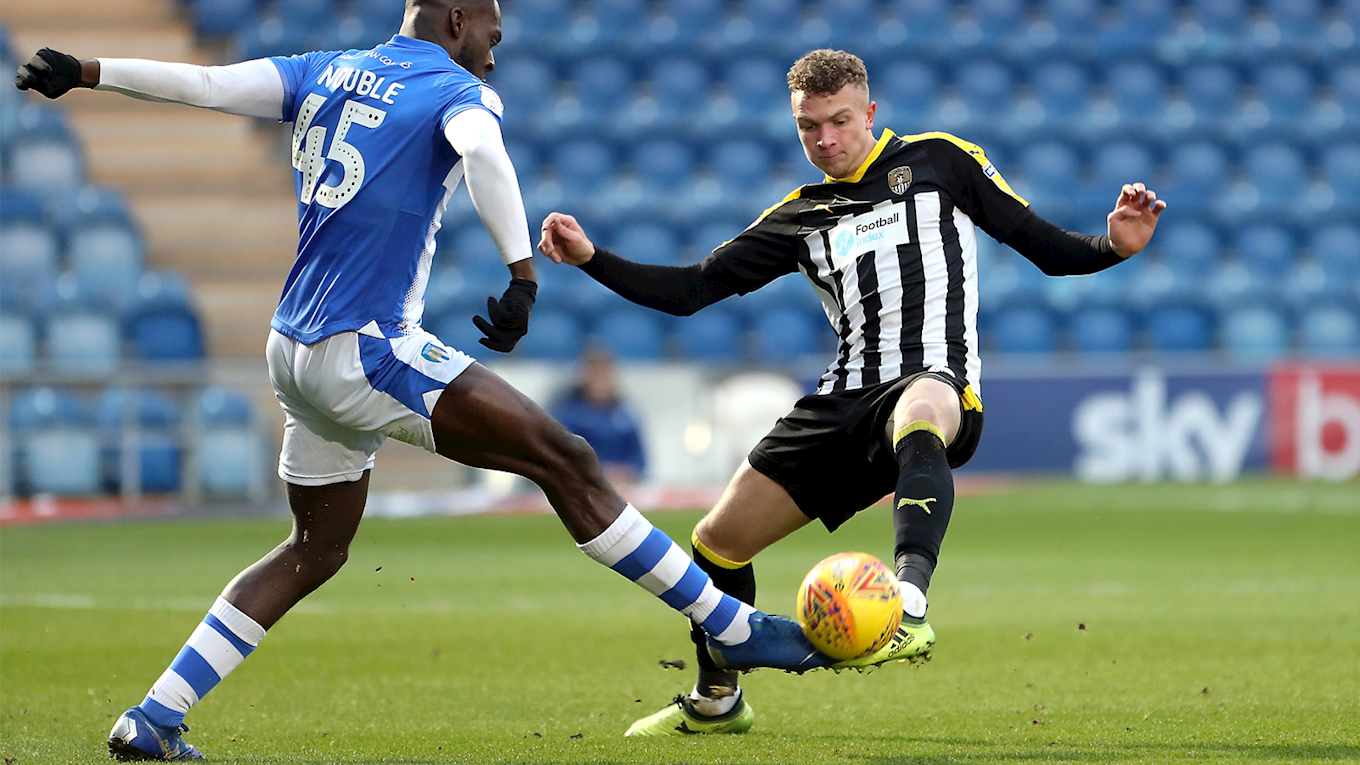 The 22-year-old says his first taste of Sky Bet League Two football was a completely different test to the Under 23s matches he has played in over the first half of the season.

“We had to defend a lot of long balls and crosses against Colchester, which is a different test to those games.

“I thought we dug in well during the match and were unlucky not to take three points.

“I definitely didn’t think it was a penalty for their third. The lad went down very easily and the referee thought I committed the foul even though I was a couple of yards away!”

Ben Hall returned to Brighton on the same day Barclay made the switch to Meadow Lane and the new Notts man revealed he had consulted the Northern Irishman once the move looked likely.

“I asked Ben what the club and the boys were like and he told me it’s a great place to go,” he said.

“There are experienced players here who gave me some advice in the changing rooms about the style of play and what to do when I’m on the ball.

“I had offers from a few clubs but the gaffer was keen for me to come here and I just want to play as many games as possible and help keep the team in the EFL.”