Neal Ardley says Notts County’s focus must be on themselves rather than the opposition when they travel to Colchester on Saturday.

The Magpies picked up just one point over the festive period and visit the JobServe Community Stadium looking to bounce back from a disappointing result in Oldham on New Year’s Day.

After inconsistency in recent displays, Ardley wants his side to replicate the levels they produced against Bury and Tranmere when they make the trip to Essex.

“If we put in a performance similar to those games we can beat anyone,” he said.

“The most frustrating part for me is getting those levels to where they need to be because we can have a good week of training ahead of a game but then not turn up on matchday.

“Grimsby and Oldham were displays without the right focus or energy to beat anybody. We have to get those things right, defend well and work incredibly hard against Colchester.

“Our inconsistency means it is all about us. We showed against Tranmere and Bury that we’re capable so we need performances like that on Saturday and throughout the rest of the season.”

Despite a difficult run of results over Christmas, Ardley felt his side should have  more to show for their efforts.

“I think we dropped five points,” said the boss. “We had chances to take the lead against Macclesfield and we definitely did enough to beat Bury.

“We had opportunities against Oldham, too, and those moments change games so we have to make sure we aren’t missing them or they will cost us.

“The 'expected goals' statistic is just a guide but it's a good one and we’ve seen it increase over the last few matches.

"We need to start taking our chances, though, because we could have been looking at things differently by now.” 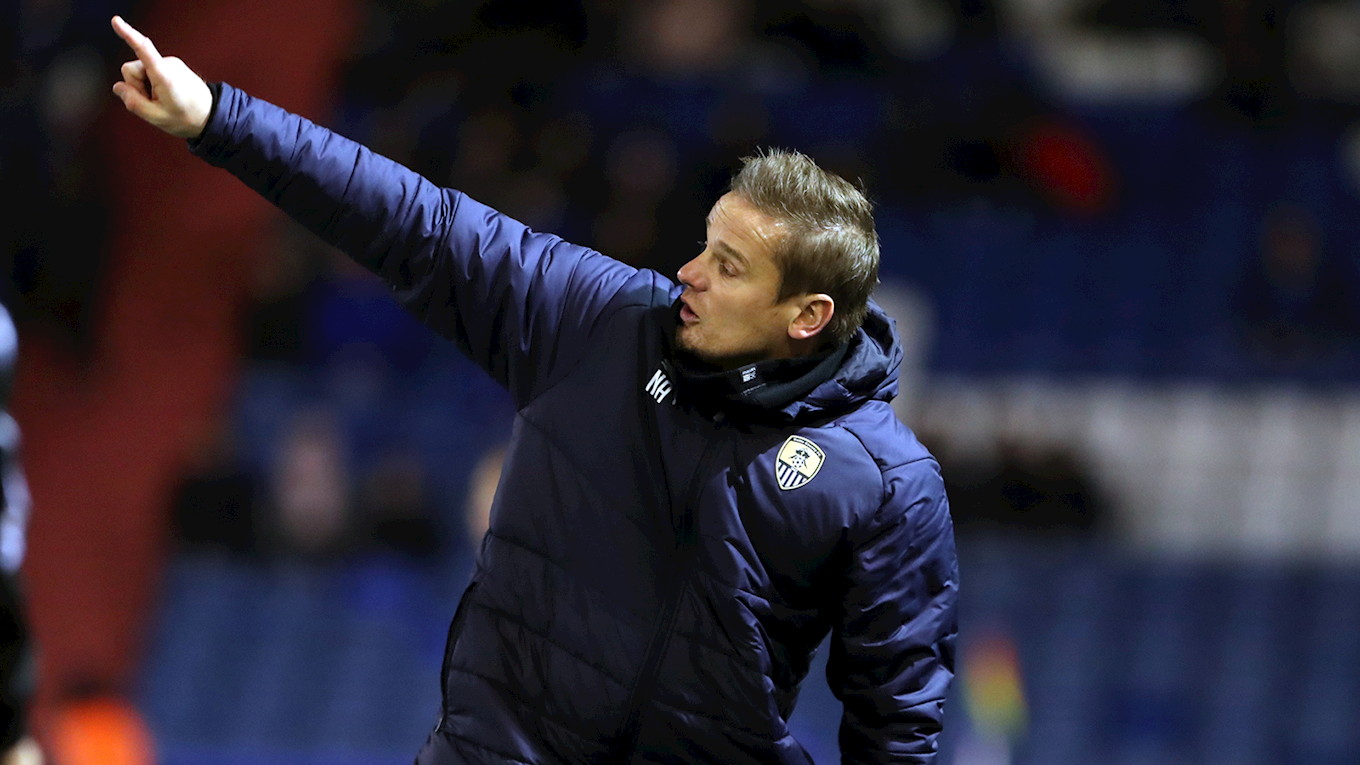 The gaffer is hoping a slightly longer recovery time between fixtures will contribute towards a better outcome on Saturday.

“We’ve been playing every three days so an extra 24 hours here might help us," he said.

“We’ve had a lot of injuries and that’s meant we haven’t been able to rotate players so it’s been difficult to maintain the intensity in training and get them carrying out the instructions.

“The main thing ahead of Saturday is that we get the freshness back into the boys and get them ready to work hard because from then on we’ll have full weeks to get everything right.”