Notts County captain Jon Stead says the players are ‘desperate’ to get back to action this weekend.

The Magpies welcome Mansfield Town to Meadow Lane for what is being billed as the biggest ever Nottinghamshire derby, given what’s at stake for both clubs.

And Stead can’t wait to get back to action following last weekend’s memorable victory at Forest Green Rovers.

“We’re desperate for another game,” revealed the skipper. “We’re really looking forward to the challenge and all the pressure’s on Mansfield.

“They’ve had a fantastic season and are fighting for a promotion spot.

“We know what a good side they are but I’m sure they’ll be thinking we’re a different animal than we were a couple of weeks ago.” 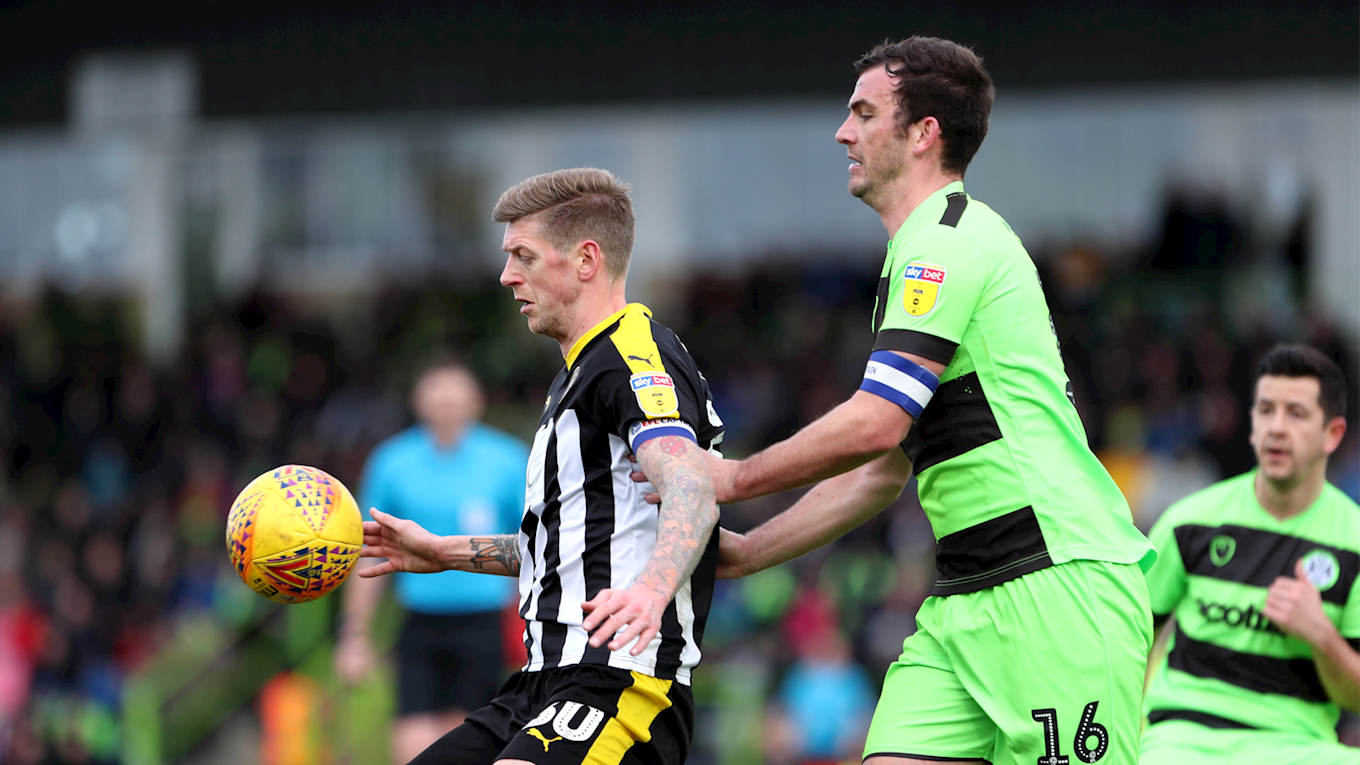 Stead has always championed Notts’ ability to beat the drop and says the recent additions to the squad have only reinforced his thinking.

“I feel confident,” he said. “I’ve been in relegation fights when you’re really questioning whether you’re going to do it, but I don’t feel like that.

“We’ve still got a real dogfight on our hands and it’s going to take a real effort between now and the end of the season to make sure we’re safe.

“But we’ve got a good group now and we’re looking to push on.”

Click here to get your ticket for the biggest ever Nottinghamshire derby.