Rob Milsom says Notts County are intent on putting another run together when they travel to Tranmere on Saturday.

The Magpies saw their unbeaten sequence in Sky Bet League Two come to an end with defeat at Newport on Tuesday and will hope to return to recent form at Prenton Park.

And Milsom says Notts will be heading to Merseyside looking to put things right.

“We hope Tuesday’s loss was just a bump in the road,” he said.

“We had three good results before that one and we’re looking to get another run going.

“We’re fully focused on getting out of the situation we're in and that comes from doing the right things in training throughout the week.

“Hopefully that leads to us winning games which helps everyone feel more positive, so we have to put things right following Tuesday’s setback.”

Milsom has been deployed as a left back since the start of the month after spending most of the season playing in midfield but he is comfortable filling in as part of the defence.

“I’m happy to play anywhere for the team,” said the 32-year-old. “It’s not unfamiliar to me as I’ve played there quite a lot during my career.

“A lot of my youth team football was at left back and I’ve been selected there for a few games in the past.

“I enjoy playing there because I enjoy playing football – it’s about getting your mindset right, knowing your job and what’s asked of you, and adapting to the role.” 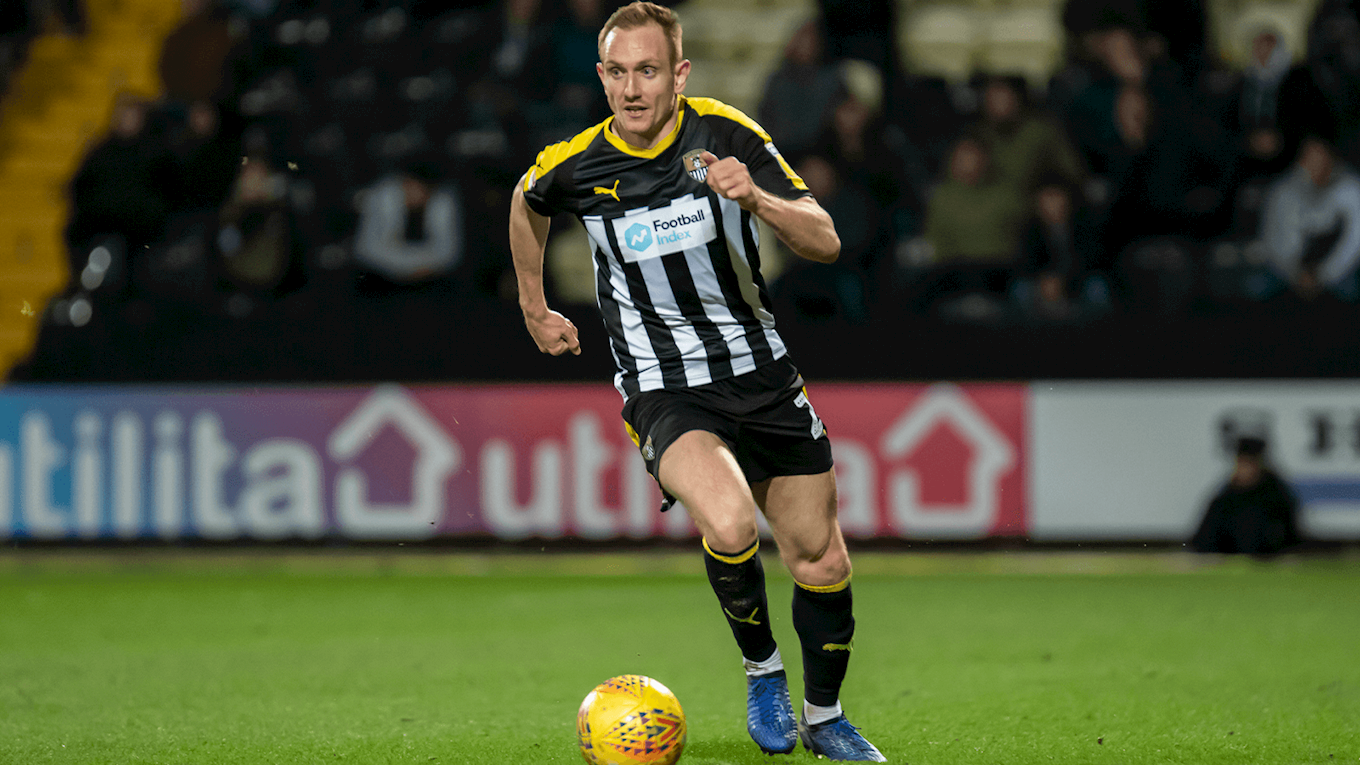 Notts picked up their first win under Neal Ardley when Tranmere visited Meadow Lane in December and Milsom says the side will take confidence from that victory.

“We look back on that match as a positive experience and hopefully we take bits and pieces from it into Saturday,” he said. “As always, we will be going there looking to win the game.

“They’re a good team and have the division’s leading scorer (James Norwood) up front so it will be tough – going to Tranmere always is.

“Our fans have been brilliant, turning out in their numbers and supporting us no matter what, so we will be giving our all and hopefully we get a good result for them.”