Craig Mackail-Smith says Notts County have set a standard with their performance levels in recent weeks.

Saturday’s win over Mansfield meant the Magpies have taken seven points from their last three matches after facing promotion hopefuls on each occasion.

And Mackail-Smith, who scored the winning goal in the Nottinghamshire Derby, says the side know the level of performance they have to produce between now and the end of the campaign.

“The standard has been set now,” he said. “I thought we were outstanding against Mansfield.

“With all the blood, thunder and guts in a derby you have to show composure and we stayed in shape and didn’t allow them many openings throughout the entire game.

“The bar is there and we have to keep reaching it and surpassing it – if we dip below that, the experienced boys will tell the others in the team that it needs to be raised - and that’s a good thing.” 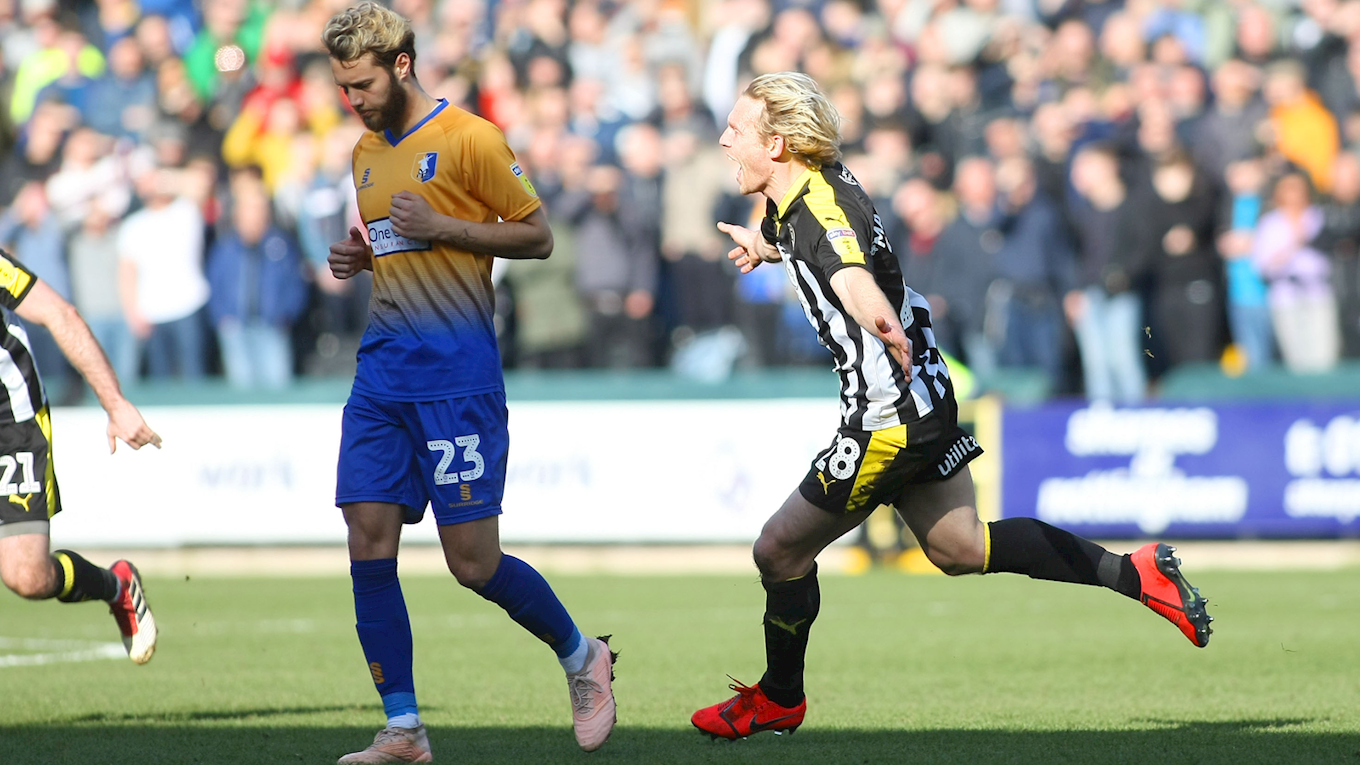 Mackail-Smith’s winning goal was his first in Notts colours and he was pleased to see his work on the training ground pay off.

“I felt like I’d been rushing lately so I’ve been trying to take a step back and focus on hitting the ball cleanly,” he revealed.

“When it dropped to me it was just a case of hitting the target. It was nice to catch one so well and see it go back in the net, especially as even on Friday I was scuffing some shots in training!” 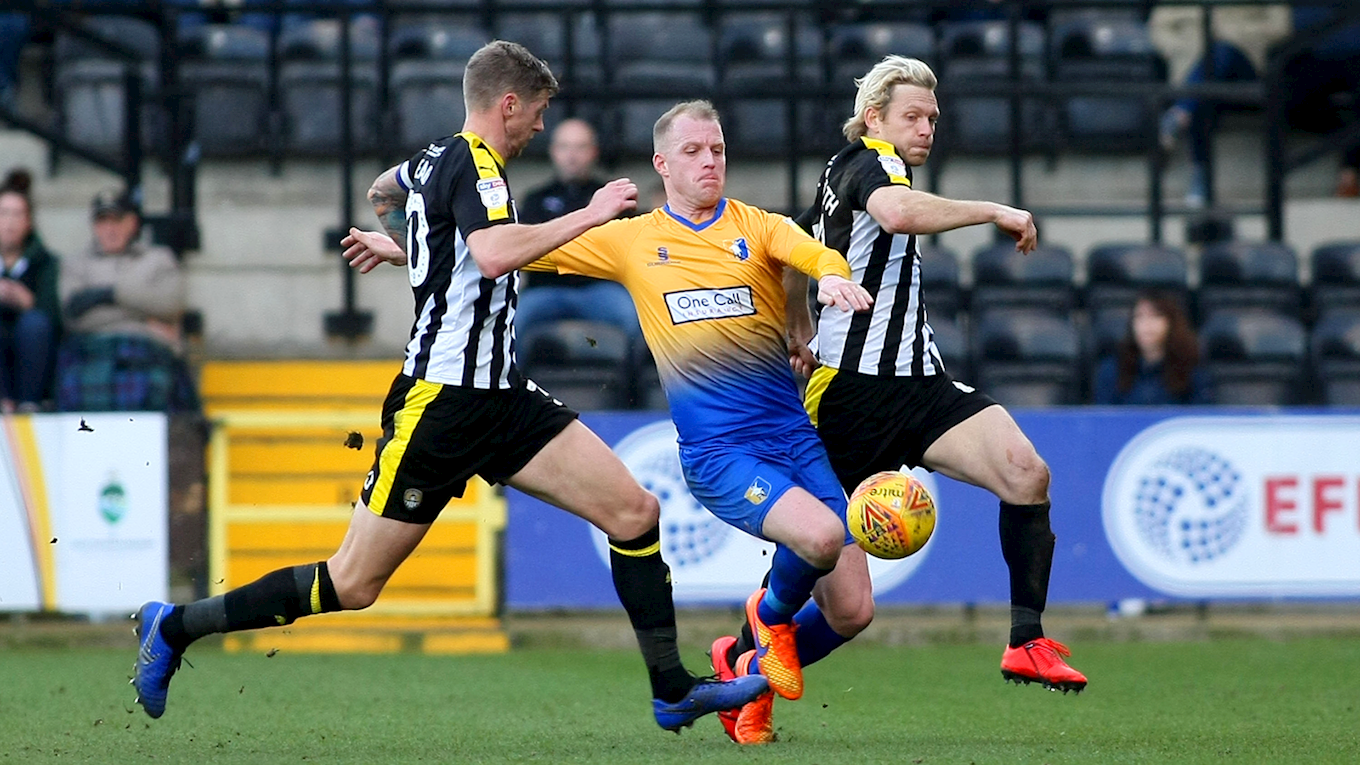 The striker has enjoyed his first couple of weeks at Meadow Lane and wants to carry on making an impact.

“I’m loving it here,” said Mackail-Smith. “I wanted to come and be part of the challenge and hopefully I can continue to contribute like I did on Saturday.

“We’ve played three of the top teams which, to an extent, were free hits because no one expected us to get the results we have done, so the match against Newport on Tuesday will be a harder test.

“If we show the same application we did versus Mansfield, I think we’ll come away with a positive result.”