Notts County’s match-winning winger Enzio Boldewijn says yesterday’s performance and result sets a benchmark for the rest of the season.

The Dutchman curled home the winning goal in his own classic style to hand Notts their first victory of 2019.

And he believes if the team can replicate this weekend’s display in the matches ahead, Notts will beat the drop.

“We were stronger than Forest Green for most of the game and if we play like that every week, we will definitely do it,” said Bodlewijn after the match.

“It was different in the past, but now we feel so strong. It’s so much more positive.

“You see it every day in training – the intensity is so high and we’re going into games feeling like we’re stronger than the opposition.” 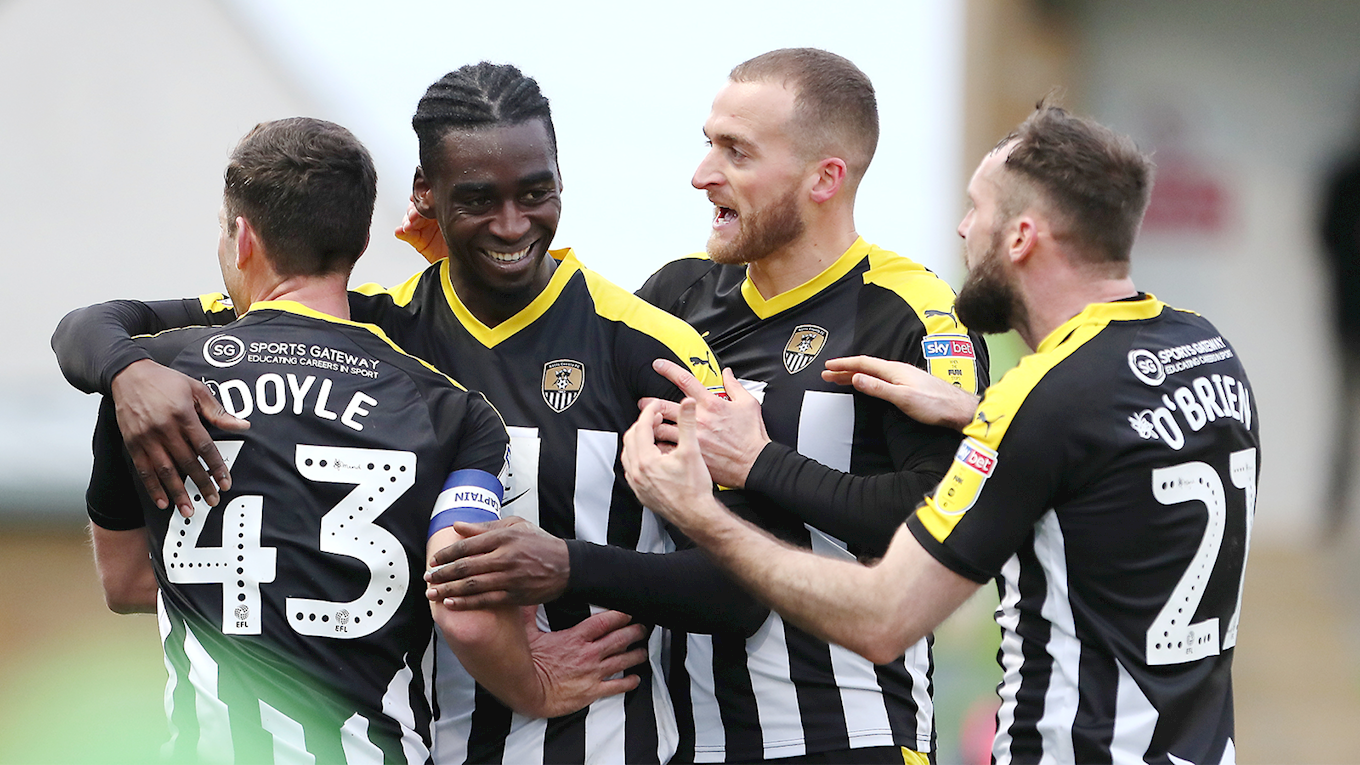 Boldewijn was delighted his goal was the reward for Notts’ tireless efforts in Gloucestershire.

But he’s equally happy with the way the other side of his game is developing under the close attentions of his experienced midfield team-mates.

“Going forward is natural for me, but Jim O’Brien and Michael Doyle are always talking to me to make sure I do my defensive work as well,” he said.

“If I don’t do it, they’re on to me. They’re smaller than me – but they know how to get me to do my work!
“I’m very happy they’re there because it’s something I have needed to work on in the past.

“The gaffer talks to me about it every day, too, and I feel in the last two games it’s been going better for me.”

Can Enzio get another big winner next weekend? Click here to get your ticket for the Nottinghamshire derby.