Notts County manager Neal Ardley says today’s dominant display against Mansfield Town is indicative of how much progress the club has made.

The boss’ first game in charge of Notts was in December’s reverse fixture, when the Stags dominated on their way to a 2-0 win at One Call Stadium.

But it was roles reversed at Meadow Lane this afternoon as Notts secured a thoroughly deserved victory against their promotion-hunting rivals.

“I said two-and-a-half months ago that there was a gulf in class between Mansfield and us,” said the boss. “They were miles better than us that day.

“They made plenty of noise after the game and let us know they had won. That hurt.

“But today we produced a complete performance. Ryan Schofield didn’t make one save.

“Did I think we’d dominate like we did today? No, but we’ll take it.

“It feels good but the job isn’t done yet – there’s a long, long way to go. We’ve got to stay focused.” 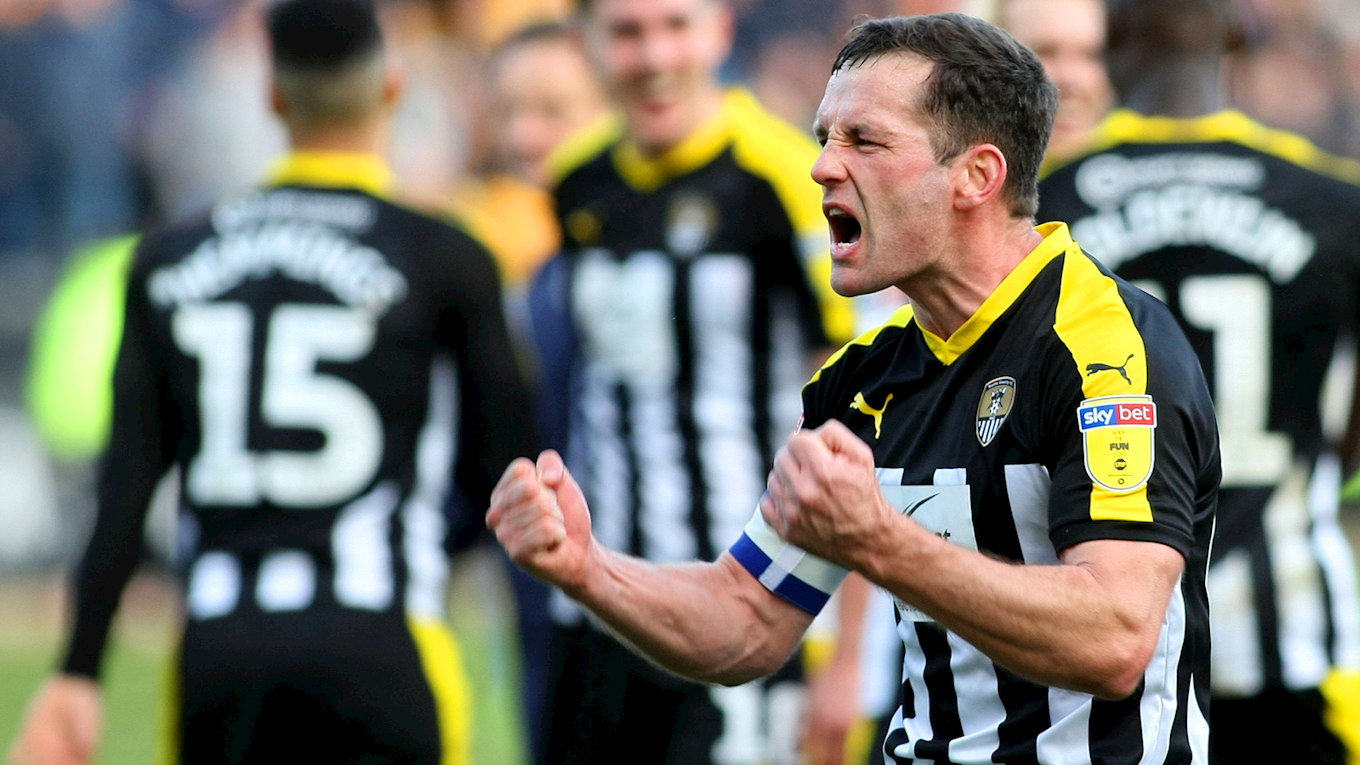 Notts will be looking to make it a hat-trick of victories when they welcome Newport County to Meadow Lane on Tuesday night.

And Ardley is hoping for more brilliant support after being bowled over by the Notts fans’ efforts this afternoon.

“It’s great doing it against the top teams with an atmosphere like that,” he said.

“I’ll ask the fans if they can come and create the same atmosphere again on Tuesdsay night. There won’t be as many away fans, but it’s now going to be the toughest game of our season.

“The players get the crowd going, the crowd get the team going and between us we seem to build momentum.

“We will probably freshen things up a bit because we need to be careful of injuries.

“One or two might come in but I won’t make any decisions until I see them on Monday.”

Click here to get your ticket for the Newport match.