Neal Ardley hopes his side revel in the occasion when Notts County host Mansfield Town on Saturday.

The Magpies head into the Nottinghamshire Derby on the back of positive results against promotion hopefuls Lincoln and Forest Green over the last fortnight.

And Ardley wants to see his side use recent form and an expected crowd of over 12,000 to spur them on to victory in the big clash.

“I hope it’s something this group can revel in,” said the boss. “It’s an exciting occasion just like the Lincoln game was.

“There was a buzz before that match and there is a big one now because when we’ve performed as well as we have in the last two fixtures everyone is that bit more up for it.

“With the way the group are training and playing we go in with a bounce and we’ve not had that for a while.” 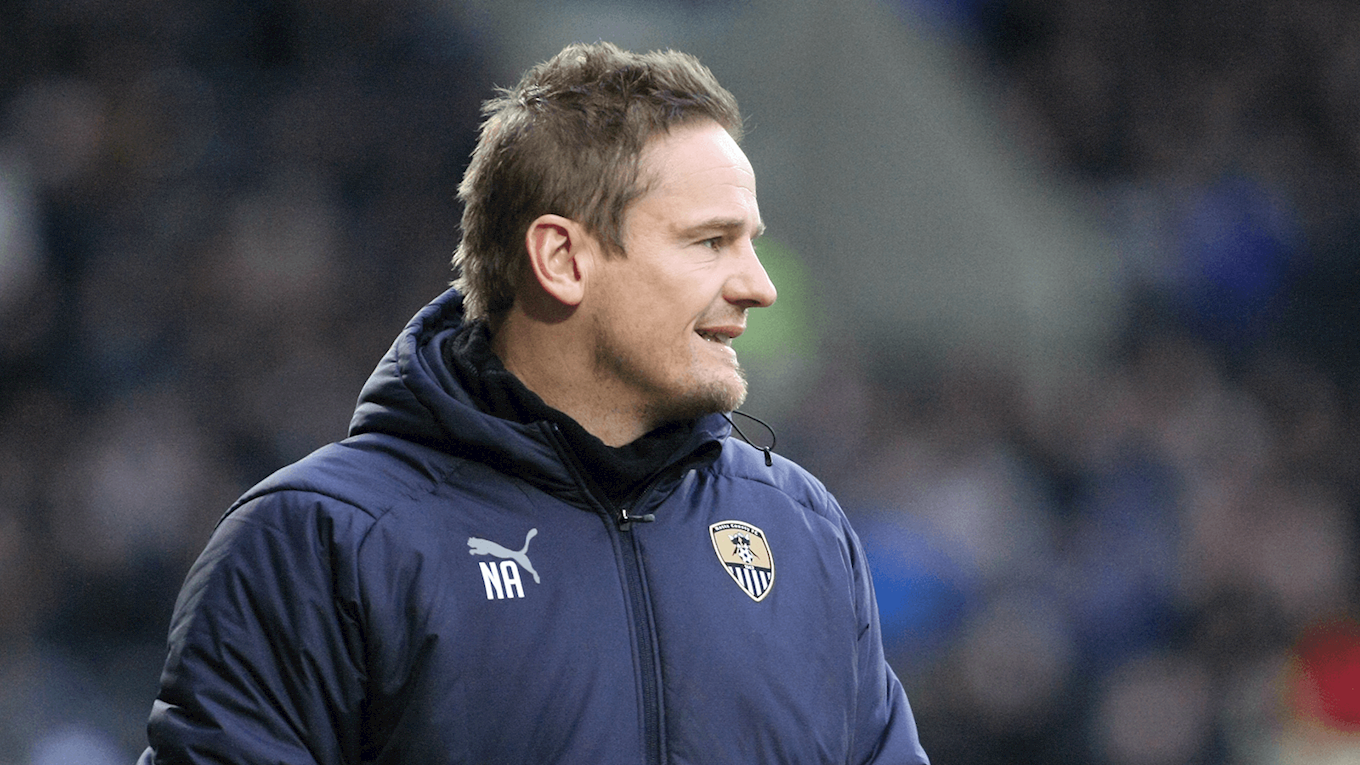 “They have been incredible and I’d ask them to please do the same again,” he appealed.

“Meadow Lane was rocking against Lincoln – the sound of the ground was epic and it felt like a cup tie.

“The fans who travelled to Forest Green were brilliant, too. If they can keep their performance going from the stands and we work at ours, together we can build momentum.”

With Mansfield looking to continue their push for promotion, the match is being dubbed the biggest ever Nottinghamshire Derby – something the gaffer is well aware of.

“Even if you take away the rivalry, it’s really big because of where both teams are in the league,” said Ardley.

“We need wins because we’re at the bottom and Mansfield need them because everyone around them is winning and they need to stay ahead of the pack.

“Based on that alone it’s a huge game because of the time of the season and how momentum can swing – add in that it’s Notts v Mansfield and it goes up tenfold.”