Ben Turner faces a spell on the sidelines after suffering a hamstring injury in training, prompting a recall for Pierce Bird.

Turner has joined Sam Slocombe and Jim O’Brien, who were both forced off at Chesterfield last week, in giving Neal Ardley lots to contemplate ahead of the busy festive period.

And, although the length of his absence is unknown, Turner will definitely miss Saturday’s trip to FC Halifax Town, paving the way for Bird to return early from his loan at Boston.

“Ben blocked a shot in training on Tuesday and felt something in his hamstring,” explained Ardley.

“It was a freak injury and nothing to do with fitness.

“We won’t know the extent of it until Friday afternoon, but it doesn’t look good.

“We’re calling Birdy back from his loan before Saturday. He’s got match fitness from his time there, so he’ll come into the reckoning to help address the issues with Ben.” 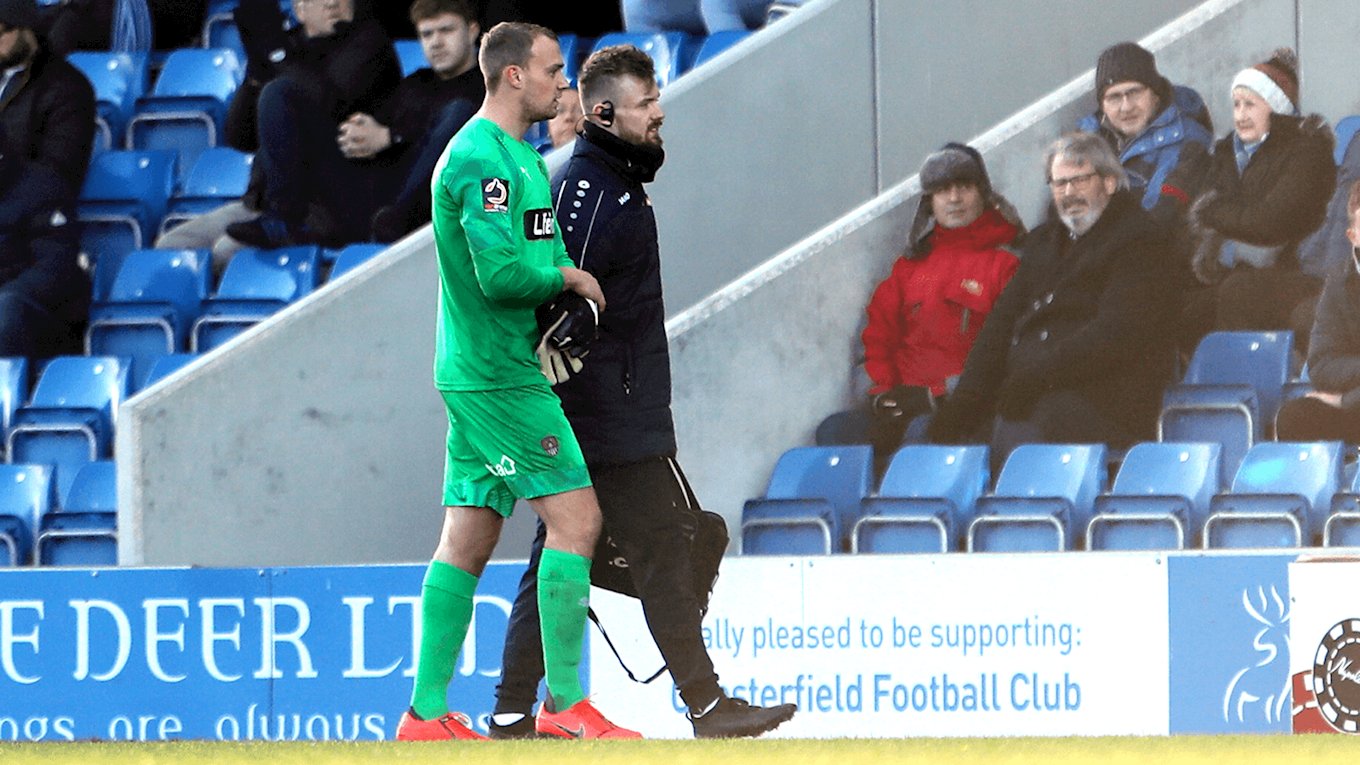 On the plus side, our number one’s period out could be short-lived.

“Sam is 50/50 for the Halifax match at this stage,” Ardley told the media on Thursday. “Taking him off straight away was probably a good thing.

“He’s sore, so we’ll have a fitness test on Friday and assess the risk.

“If there isn’t too much, we’ll contemplate starting him on Saturday, but if there’s the potential of losing him for a longer period, we have to take that into consideration.” 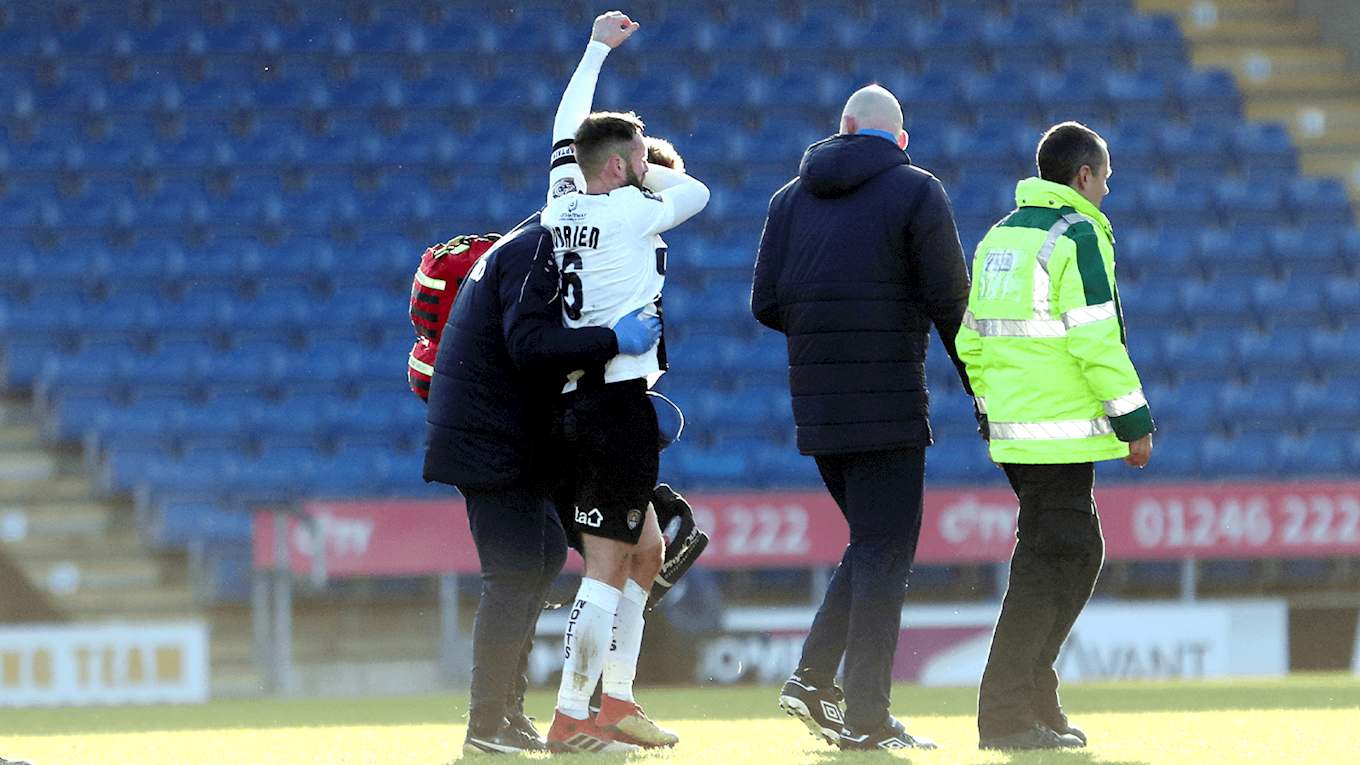 O’Brien’s latest bad luck on the injury front has been heavily felt by the rest of the squad, and it’s not known how long he’ll be sidelined.

“He’s had so many stitches put into his thigh that we can’t even look at the muscle yet,” said Ardley.

“There was a real solemn feel about things because a popular lad, and a very good player, is facing another spell on the sidelines after working so hard to get back.

“At this point, we don’t know how long he’ll be out because we can’t see how much of a muscle tear there is due to the wound and stitches.” 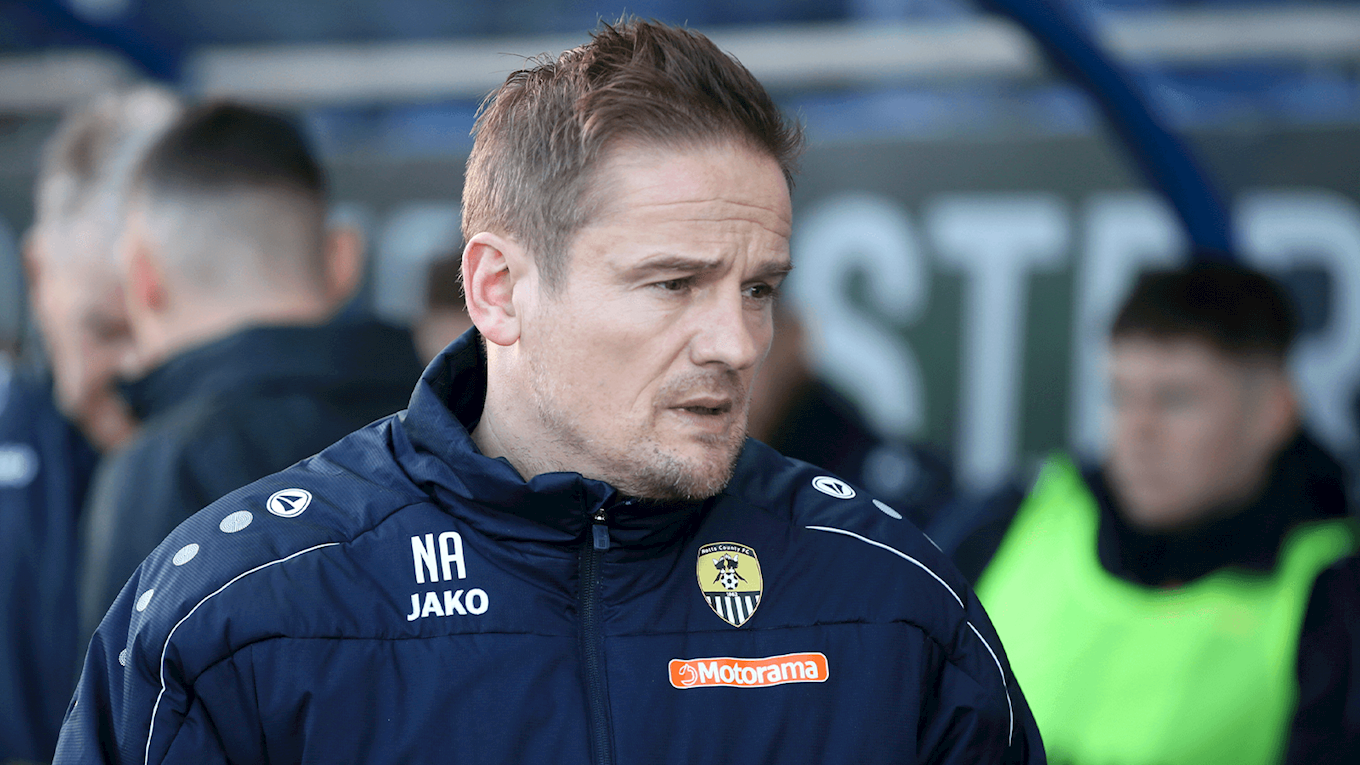 The boss rotated things last week in preparation for the Christmas period so he’s disappointed to see injuries hit at such an ill-timed moment.

“We tried to plan last week to get everyone up to speed and have a fully-fit squad, but it’s backfired,” he conceded.

“Regan Booty has been playing with some discomfort in his back for a while and that has flared up, so he is a doubt for Saturday as well.

“The main positive from last week’s win at Chesterfield is the players have had a good, intense 90 minutes, which is important going into Christmas.

“I trust them all to do their jobs. We’ve trained very well today and the intensity was superb, so hopefully we can produce that throughout the period.”