Nearly 1,000 Notts fans will pack out the away end this afternoon as we take on Solihull Moors.

The West Midlands outfit occupy fifth place going into the match but, with us only two points behind them, a victory would see us leapfrog them and potentially end the day in the play-off places.

While Tim Flowers' side may be flying high, they're yet to taste victory this month and will be determined to enter 2020 on a positive note.

We, meanwhile, come into the match in fine form having dispatched Chesterfield (FA Trophy), Halifax and Maidenhead in our last three matches - scoring eight goals in the process. 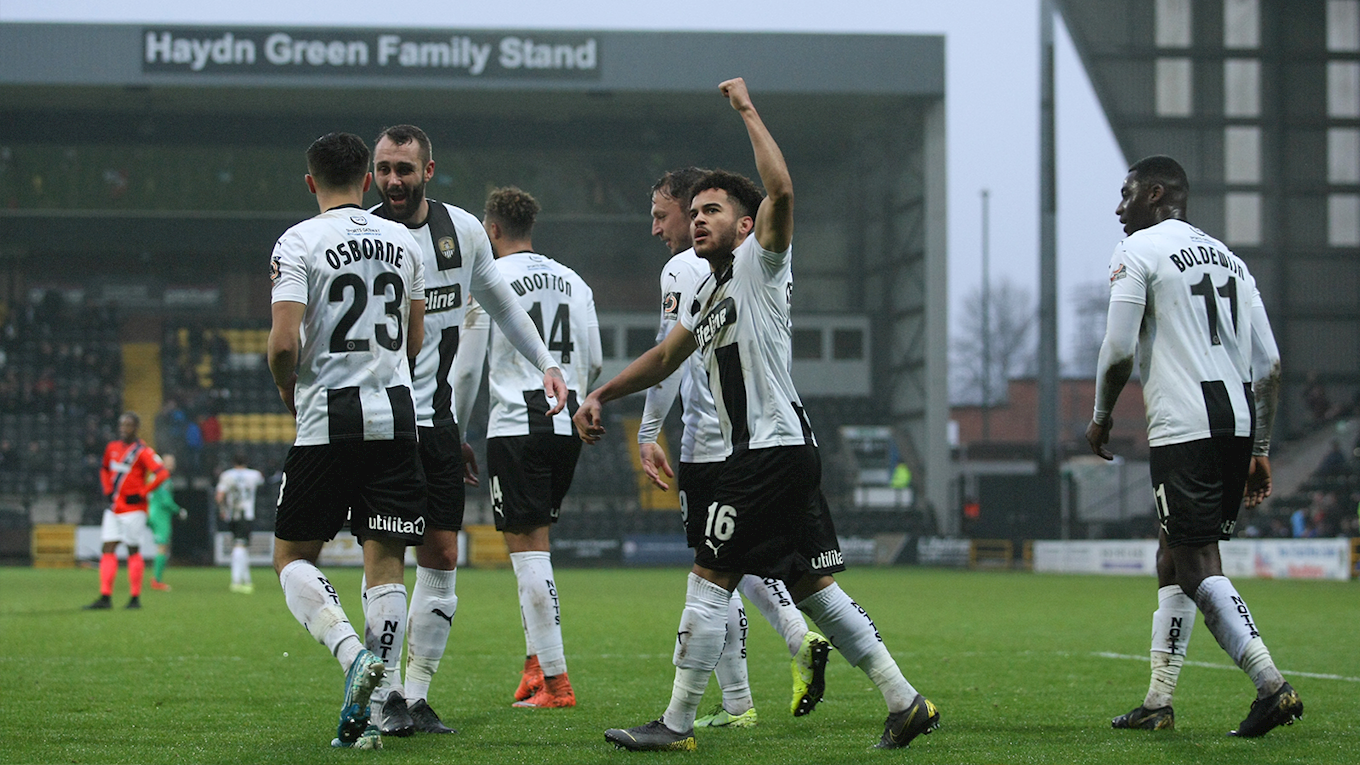 Long-term absentees Ben Turner and Jim O'Brien will continue their stint on the sidelines, while Neil Cox revealed on Friday that the game is likely to come too soon for Regan Booty and Sean Shields.

Dion Kelly-Evans will be hoping to keep his place at right back after Richard Brindley was given a break from starting action on Boxing Day and young winger Sam Osborne will also be keen to continue after bagging his second goal of the season in the same match.

Squad rotation could well be the order of the day for both sides, however, having played their last match only two days ago and facing their next on New Year's Day.

September's reverse fixture was the very first meeting of the two sides - and it wasn't particularly memorable, finishing 0-0!