Alex Lacey says he and the rest of the team will be staying disciplined today in readiness for our big Boxing Day match against Maidenhead.

For most, Christmas Day is an opportunity to over-indulge on a host of festive treats.

But, while the lads have been given the day off by gaffer Neal Ardley, Lacey and the rest of the squad are keeping one eye on tomorrow's game.

“We’ve done our training and people will be going home to see their families,” said the defender earlier this week.

“But there’ll be no big dinners or drinking! We get all our holidays in the summer. That’s when we relax and enjoy ourselves. It’s part of the job and we all enjoy it – we know the sacrifices it takes to be a professional. It comes with the territory.

“We’re all just looking forward to Boxing Day and we’ll be making sure we’re prepared for that because every game at this level is tough.

“When teams come to our stadium it gives them a boost – they want to get one over on us, so we’re not taking it lightly.”

The 26-year-old defender backed up an impressive debut in the Buildbase FA Trophy win at Chesterfield with another solid display in Saturday’s victory at Halifax.

And he’s now looking forward to hopefully marking his Meadow Lane bow by making it a hat-trick of wins.

“I felt we controlled the first half on Saturday only to concede before the break, which wasn’t ideal,” said Lacey.

“But we were fantastic in the second half and deserved to get the win.

“If selected on Boxing Day I’ll be delighted to be out there at Meadow Lane in a Notts shirt.

“I’ve played here before with Yeovil but it’s been a few years since I’ve been out on that pitch, so I’m looking forward to it.” 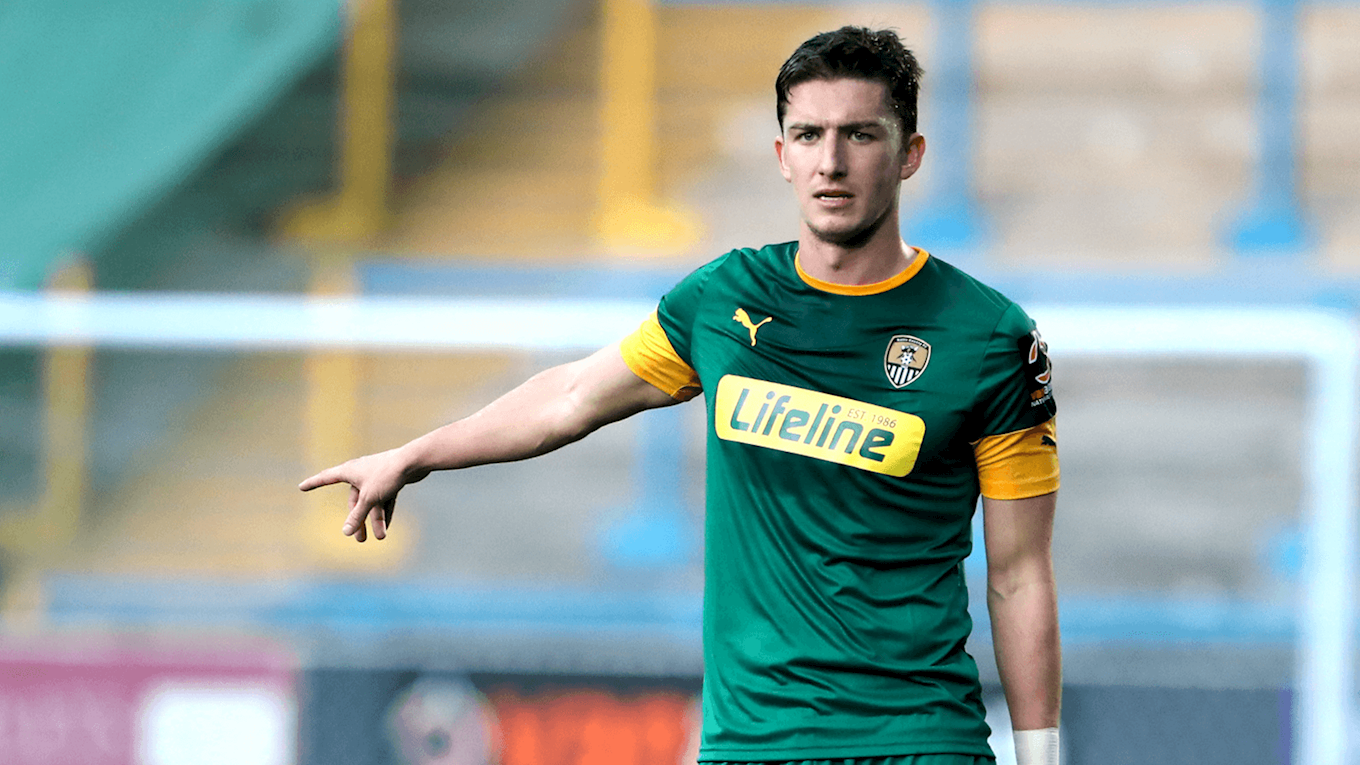 Having now completed two matches with his new team-mates, Lacey is convinced there’s enough quality in our squad to make this a successful season.

“I definitely think promotion is possible,” he said. “It’s obviously been a tough start, with everything that happened surrounding the takeover, but now we have a good basis for progression.

“We’re aiming to finish as high as possible and if we can get the automatic spot that would be ideal, but if not I think the play-offs are very big possibility for this group.

“We should be making a very strong challenge.”

Click here to get your ticket for Boxing Day.