Sam Slocombe says Notts County must improve their performance levels week by week if they want to finish the season at the right end of the Vanarama National League table.

The goalkeeper will be hoping to record his first clean sheet since joining the club when the Magpies host Barnet on Saturday, live on BT Sport.

And, after picking up one point from the first two games of the season, Slocombe feels the side have the quality to be looking upwards as the summer signings gel.

“We want our levels to get better every week,” said the stopper. “We want the results to improve and to be on an upward curve.

“With so many games early doors we have to stay competitive, which is difficult when you’ve brought in the number of players we have.

“Last season there were a lot of defeats and we can’t have that this year. We need to be in and around it at Christmas and, if we hit form at the right time, we have a very good opportunity.” 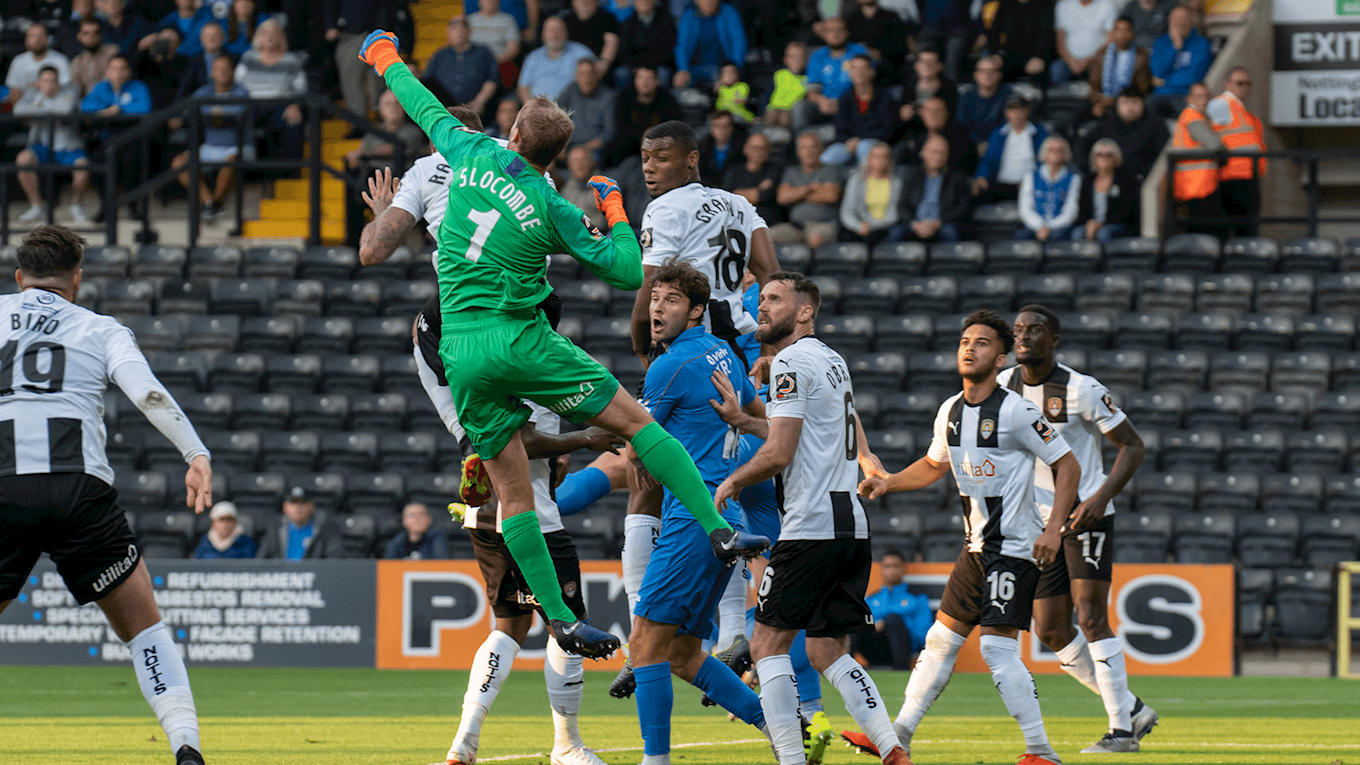 Slocombe has a clear set of aims that he wishes to accomplish following his switch to Meadow Lane.

“My personal target is to play every single game of the season,” he said. “After that it's to play well in every match, and then it’s to be at the competitive end of the table.

“There’s a great chance for the club to have success this season and if we can get promoted that’s brilliant.

“If not, it’s about changing the dynamic from the past year and setting building blocks for the next steps.”

The keeper was impressed by the atmosphere at Meadow Lane during his home debut in midweek.

“Our fans were brilliant,” said Slocombe. “We were frustrated not to reward them with a victory.

“The atmosphere was brilliant and my family in the stands were surprised how good it was.

“I wasn’t personally as I know what it’s like from playing here in the past. I know what the fans can be like when you’re in the ascendency – that’s when you want them to back you and they did.”

Click here to get your ticket for the Barnet match.