Notts County forward Kristian Dennis says he’s ‘feeling the benefit’ of the work he did in the gym during his recent injury lay-off.

The 29-year-old made a scoring return to the starting 11 at Harrogate last night, converting from the penalty spot as the Magpies picked up their first win of the season.

And, after a frustrating summer, he’s pleased to be back in the thick of the action.

“I came back in alright shape but pulled my calf in the Ilkeston friendly and was out until the Eastleigh game,” he said. “I was gutted to miss the first two matches but hopefully the injuries are behind me now.

“I’ve done a load of running in the past week and a half and I’ve been in the gym nearly every day. I’m feeling the benefit and hopefully you’ll see that out on the pitch.” 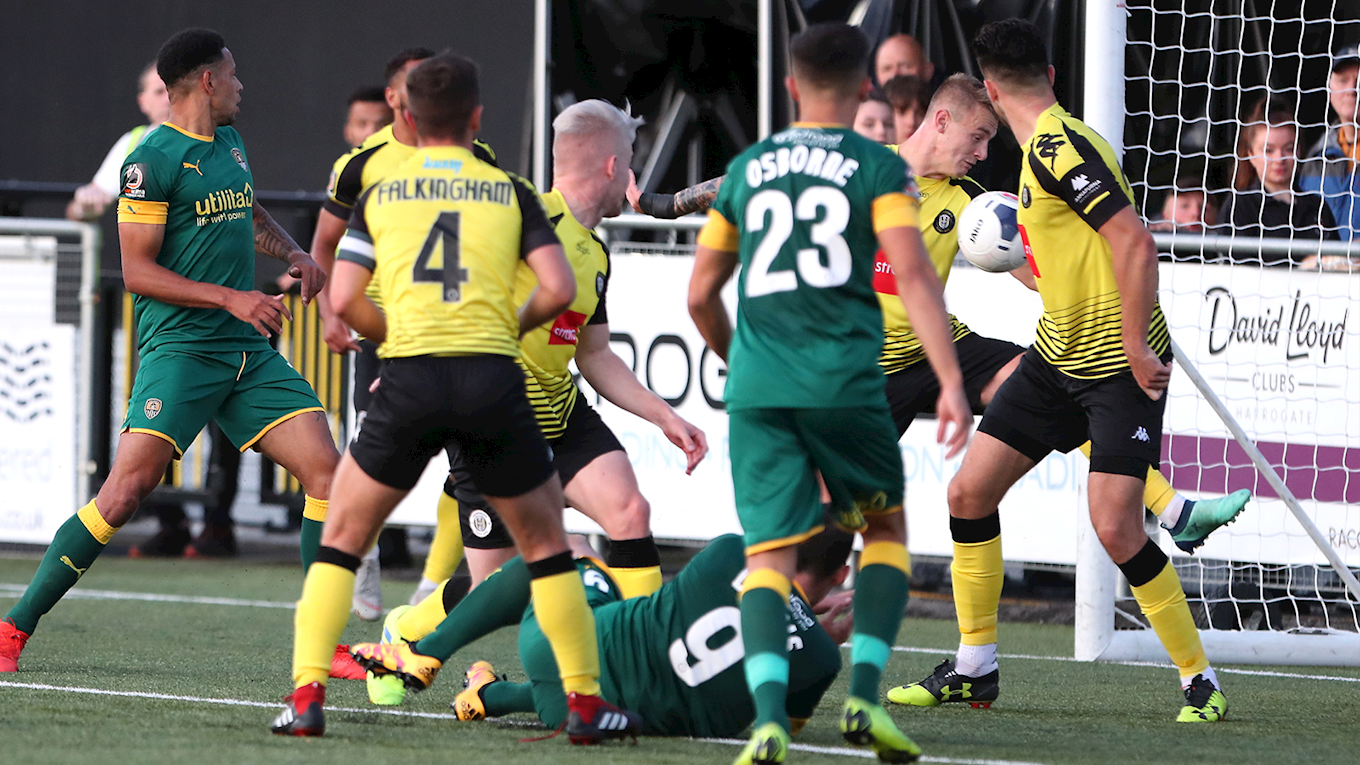 Dennis would have scored from open play at Harrogate had it not been for Will Smith’s deliberate handball, which saw the Town man dismissed.

“I was gutted he handballed it to be honest because it would have been a good goal,” laughed the forward. “But I’ll take a penalty – I’m just happy to get the win.”

Notts’ next game is at home to Wrexham on Sunday. Click here to get your ticket.