Jon Stead says Notts County’s players need to make sure they remain level-headed between now and the end of the season.

The Magpies have endured a roller-coaster of a campaign but could have the chance to climb out of Sky Bet League Two’s relegation zone when they host Northampton on Saturday.

And, after an impressive 3-0 win at Stevenage last week, Stead has urged everyone associated with Notts to make sure they don’t get carried away.

“At this stage of the season people think when we lose, we’re going down but when we win, we have a good chance of surviving,” said the skipper.

“We’re on a high now so the challenge is to keep a level head and make sure we’re ready for the next game, which will be a tough test.

“We’ve maintained 100 per cent belief throughout the season that we can do what we need to but if we lose on Saturday people will say we are dead certs to go down again.

“That’s why it’s important to stay level-headed. We believe the way we played last time out is what will keep us in the league and we have to produce that again this weekend.”

Notts have impressed on their travels in recent weeks but have struggled to replicate their results when playing in front of a home crowd.

Stead refuted claims that other sides raise their game at Meadow Lane, however, and feels the Magpies need to do more to match their levels in away matches.

“When we’ve put in good performances we’ve been aggressive, on the front foot and made it hard for teams to attack us,” he said.

“At home it’s been different and we know we need to take the same type of display and bring it to Meadow Lane.

“I don’t think anyone has come here and done anything differently to what they would elsewhere – it’s been us not doing what we’re supposed to.

“We need to affect games with what we’re doing well at the moment because we’re starting to figure out the type of team we are and what we are good at.” 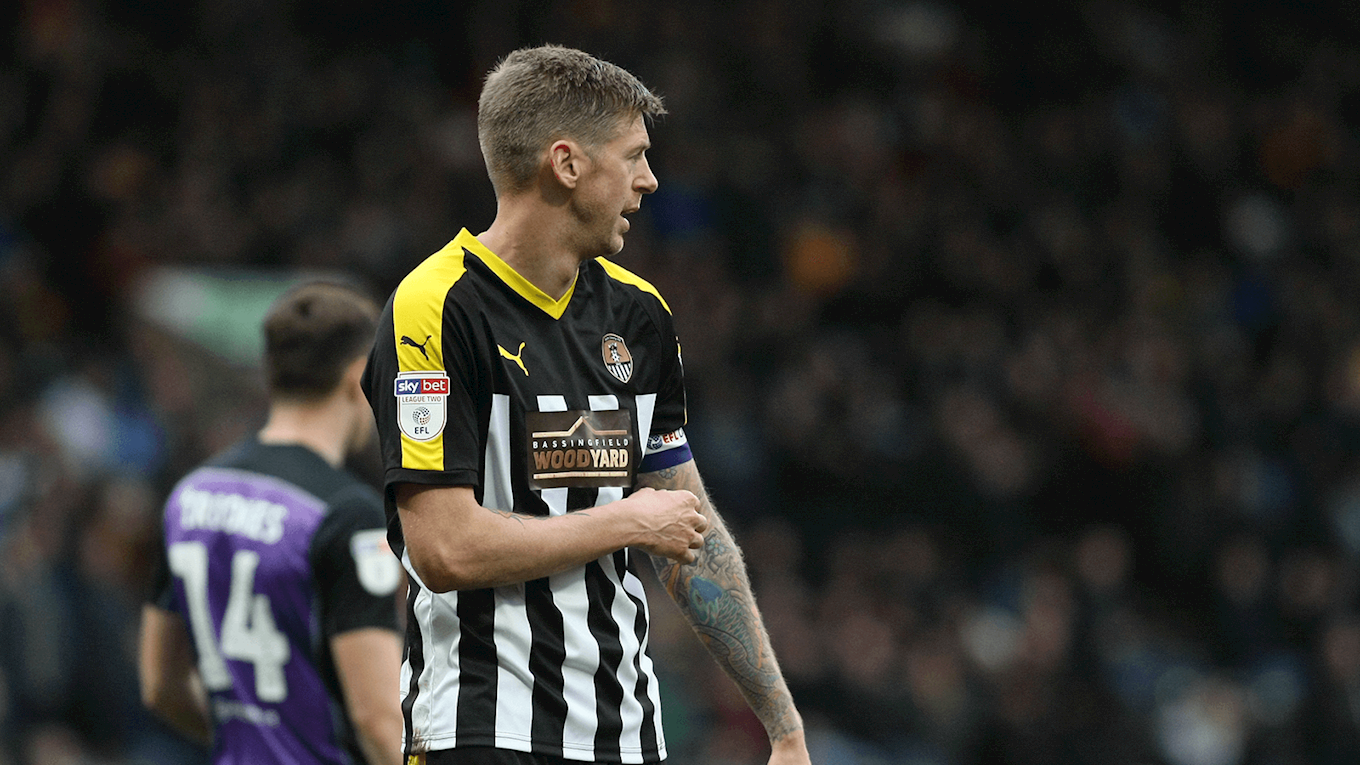 Stead admits the campaign has been one of the toughest of his career, but he wants to end it on a high note.

“It’s been the most mentally draining season I’ve ever been involved in,” revealed the striker.

“I’m ready for it to end with the result that we want and then take a break to recuperate because it has been tough and frustrating.

“April is such an important month for the club’s future – for our careers, for the staff at the ground and for the people who come and watch us.

“It’s massive so we have to harness that without putting too much pressure on each other and do what we need to on the pitch to remain in this division.”