Alex Palmer hopes to impress between the sticks when Notts County travel to Crewe on Saturday.

The goalkeeper has signed for Notts on an emergency loan from West Brom to ease the Magpies’ troubles in that department, caused by Ross Fitzsimons’ illness and Ryan Schofield’s suspension.

And the 22-year-old, who represented Oldham earlier this season, is looking forward to the opportunity Saturday’s match presents.

“I’m coming here to step in and help the team,” said Palmer. “The lads have welcomed me and I want Saturday to come round as quickly as possible.

“The club are in a sticky patch at the moment but the performances have been there and, with a bit of luck, I’m sure we’ll get the results we need to stay up.

“You’re part of football for big games and big opportunities like these and I’ve got to impress and do everything I can to help the boys get three points.

“I enjoyed every second I spent at Oldham and helped them to get three points in November, so I’m looking forward to picking up where I left off.

"Hopefully I can do the same for Notts County.” 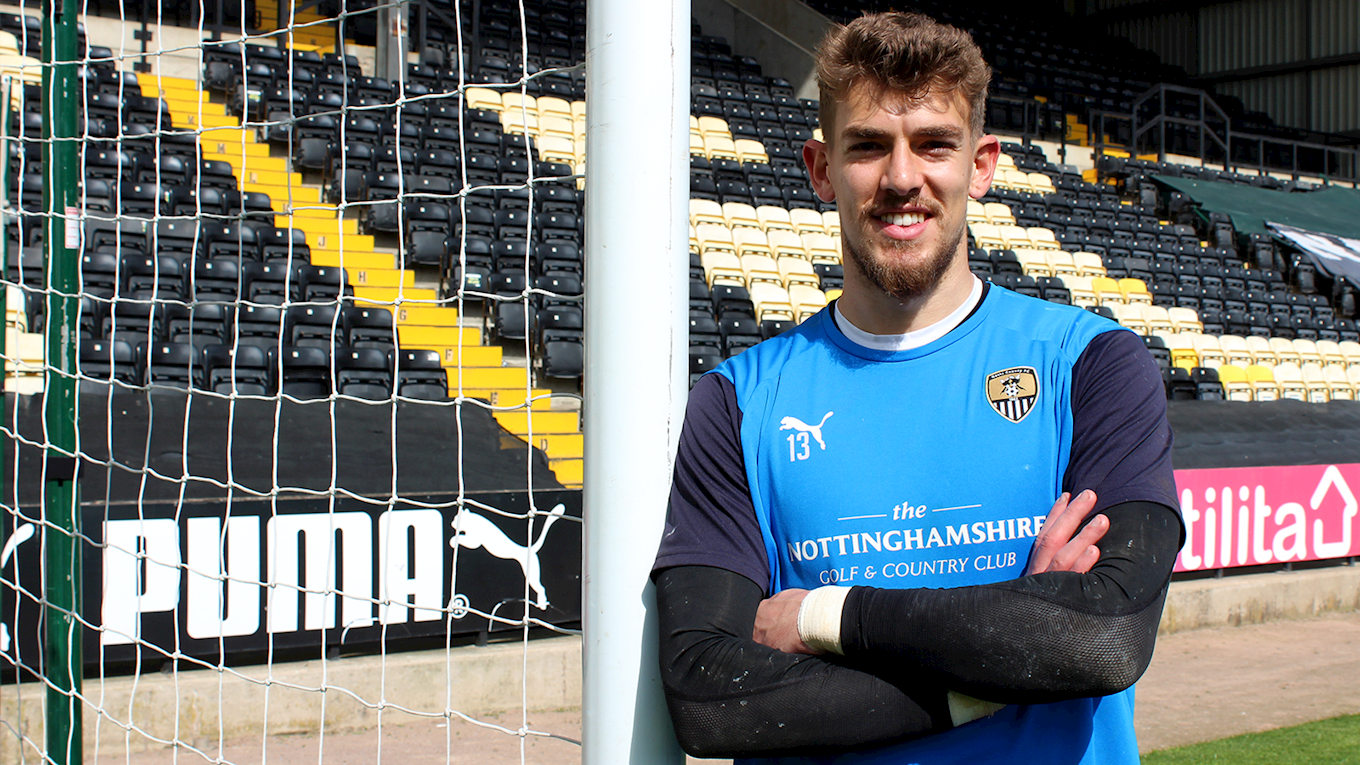 Coach Mark Crossley has no doubts about Palmer’s ability to step in and do a job for the side.

“Alex is someone we’ve looked at very closely in the past so I had no hesitation in bringing him here,” he said.

“I know Gary Walsh, his goalkeeping coach at West Brom, very well and I also spoke to Andy Rhodes who was at Oldham while Alex was there, and he filled me with confidence because he told me he was superb for Oldham against Cambridge.

“I’ve watched the game myself for reassurance and I’ve got no doubts he is up for it on Saturday and ready to move on in his career.

“He’s technically sound, a good kicker of the ball and you can tell he deals with crosses well.

“Next season he’ll be looking to go out and play 30 or more games for a club so we’re relaxed about him being here.”