Neal Ardley was delighted to see Notts County bounce back with a win as they beat Stevenage 3-0 on Saturday.

The Magpies were defeated late on by Exeter last week and responded in style at the Lamex Stadium with strikes from Kane Hemmings and Enzio Boldewijn following Jim O’Brien’s first-minute opener.

The victory, coupled with Macclesfield’s and Yeovil’s results, moved Notts off the bottom of Sky Bet League Two and now they are in the relegation zone on goal difference alone.

And Ardley felt the win was fully deserved after seeing consistency from his side in recent weeks.

“We’ve bounced back today,” said the boss. “As a manager you do everything you can to get that to happen and it did.

“We’ve not picked up the points we’ve deserved in the last four games but the consistency of performances has been there and we’ve been the better team in every game.

“The boys deserve praise for that and today they carried out the gameplan perfectly.

“We defended our box and their set pieces brilliantly. Our forward players had pace, power and energy, which is what I asked of them, and we had the work-rate and organisation, too.” 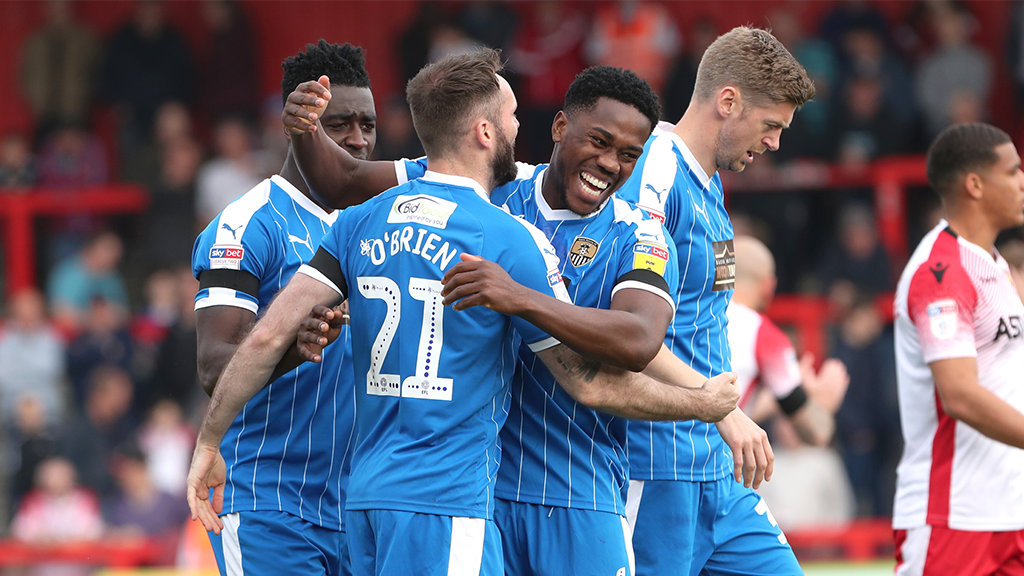 The gaffer felt the early goal was crucial for his players after spending the week looking to restore belief in the camp.

“Sometimes you need something to happen on the pitch to allow the confidence to flow,” said Ardley.

“We had two really good chances early on and that helps to settle the nerves because they are in a pressurised situation.

“The lads are working significantly harder than when I arrived here. They are giving it everything and the form has been good so the players are in a really good place at the moment.

“We’ve got six games to go and we need everybody on board in that time in order to pull this off.”