The winger, who joined the Magpies on loan from Sheffield United this summer, picked up a nasty injury away at Newport County a month ago and welcomed his first child into the world last week.

And, while he couldn’t be prouder to be a dad, Thomas now has his sights set on making improvements on the field.

“It’s been a bit of a stop-start season,” admitted the 23-year-old. “I played the first six or seven games but, as everyone knows, we weren’t really gelling as a team.

“Then I had my injury at Newport, where I took a stud through my boot in between my two metatarsals.

“It was quite a deep cut and it took me a few weeks to get back to running or kicking a football again.

“If it was a couple of millimetres either way I would probably have snapped my metatarsal and been out for most of the season.

“I’m gutted to have missed the games I have but I feel like I’m in a good headspace now.

“It wasn’t easy in the lead up to my Mrs having the baby – my mind probably wasn’t 100% on my football, which I think is understandable.

“But now I think I can concentrate solely on getting Notts County challenging at the right end of the league.” 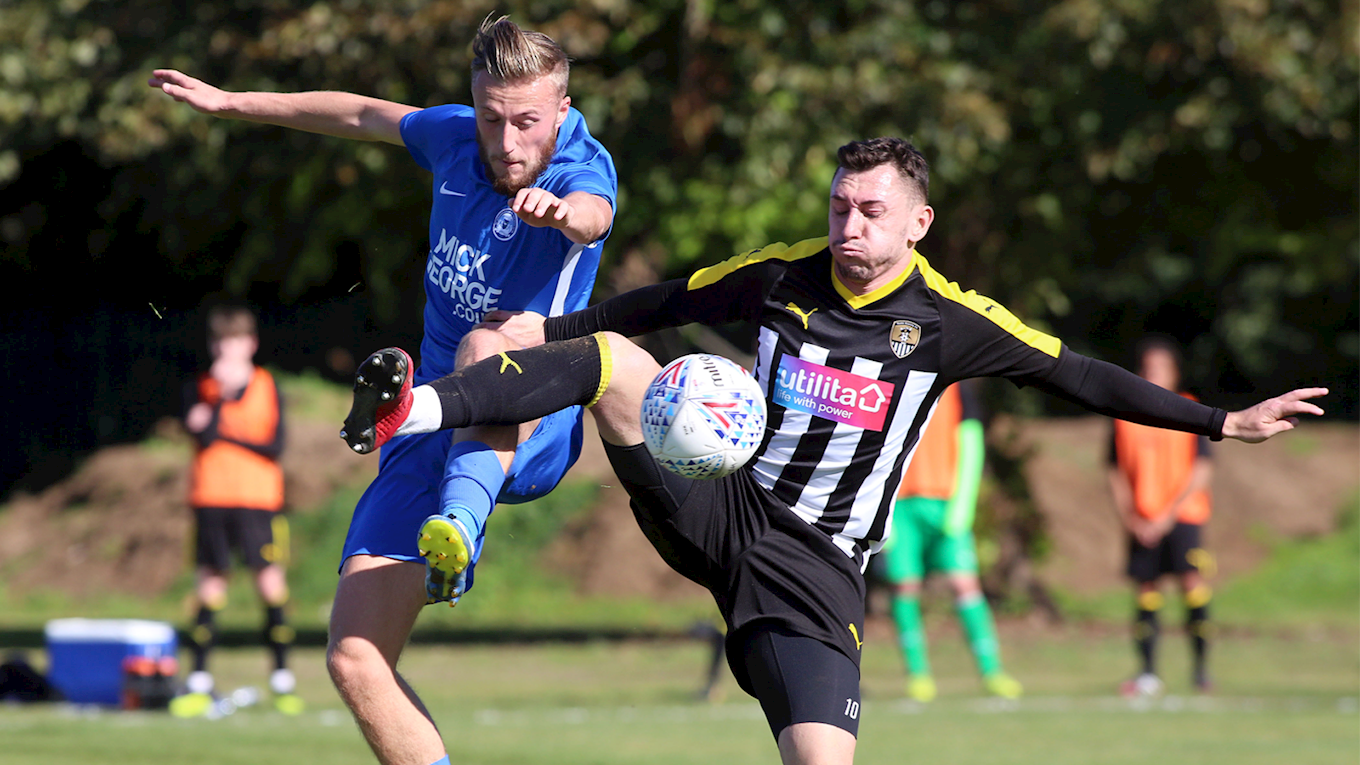 Thomas relished the opportunity to get back out on the field on Monday, playing 70 minutes in the Under 23s’ Central League Cup victory at Peterborough United – picking up a goal and an assist in the process.

“I’ve missed quite a lot of football in the last few weeks so it was nice to get back on the pitch again and have a bit of fun,” he said.

“It’s always nice scoring goals, no matter what game it’s in. Hopefully I can take that into the first-team matches now and get myself up and running for the season.

"The boys have done really well in the last couple of games – they’ve stopped the rot a little bit – but now it’s time for us to start winning. Draws aren’t going to move us in the direction we want to go.

“We’ve shored it up at the back – Saturday showed that – and now it’s about getting the full performance from front to back.

“When it does click, some teams are in for a good hiding. There are too many really, really good footballers for us not to be higher in the table.

“I’ve been relegated before and that team was nowhere near at the level of this side. We should be fighting for the top three, not the bottom three.

“The gaffer’s come in and we’ve got a new way of doing things. Obviously it’s taken a couple of weeks for us to fully buy into what he’s trying to do but now we’ve turned the corner and can hopefully start getting some results and have a good run into Christmas – and then see where we go from there.”