Harry Kewell says he will field a strong team for Notts’ Checkatrade Trophy match at Grimsby Town on Tuesday night.

The new manager has spent two days training with his squad after being confirmed as the club’s new boss on Friday and added to his ranks by signing Elliott Ward on Monday.

Now he is hoping to kick his tenure off with a victory and is looking forward to seeing his players in action.

“I'll put out a good team,” said Kewell. “We have another big game at the weekend so it’s important that I see what the players are capable of.

“We want to win every match. It doesn’t matter whether it’s in the league, the cup or a friendly because we approach them all wanting to play our best. That's what we we'll do on Tuesday.

“I’ve already seen from my time with the players that they are willing to learn and it’s about creating a group that will think because they need to adapt to different fixtures.”

After a challenging opening to the campaign Kewell says his players will be given the chance to start afresh at Grimsby.

“It’s a clean slate for my players to go out there and impress me,” he explained. “It’s an important game for them because their confidence is down a bit at the moment.

“When you’re low on confidence you just need to keep it simple and work hard. You don’t need to be confident to put effort in so I just want them to carry out the instructions I’ve given them.

“My ideas aren’t rocket science. It all comes down to the level of work the players are willing to put in and if they have the right attitude because that helps you get your confidence back.” 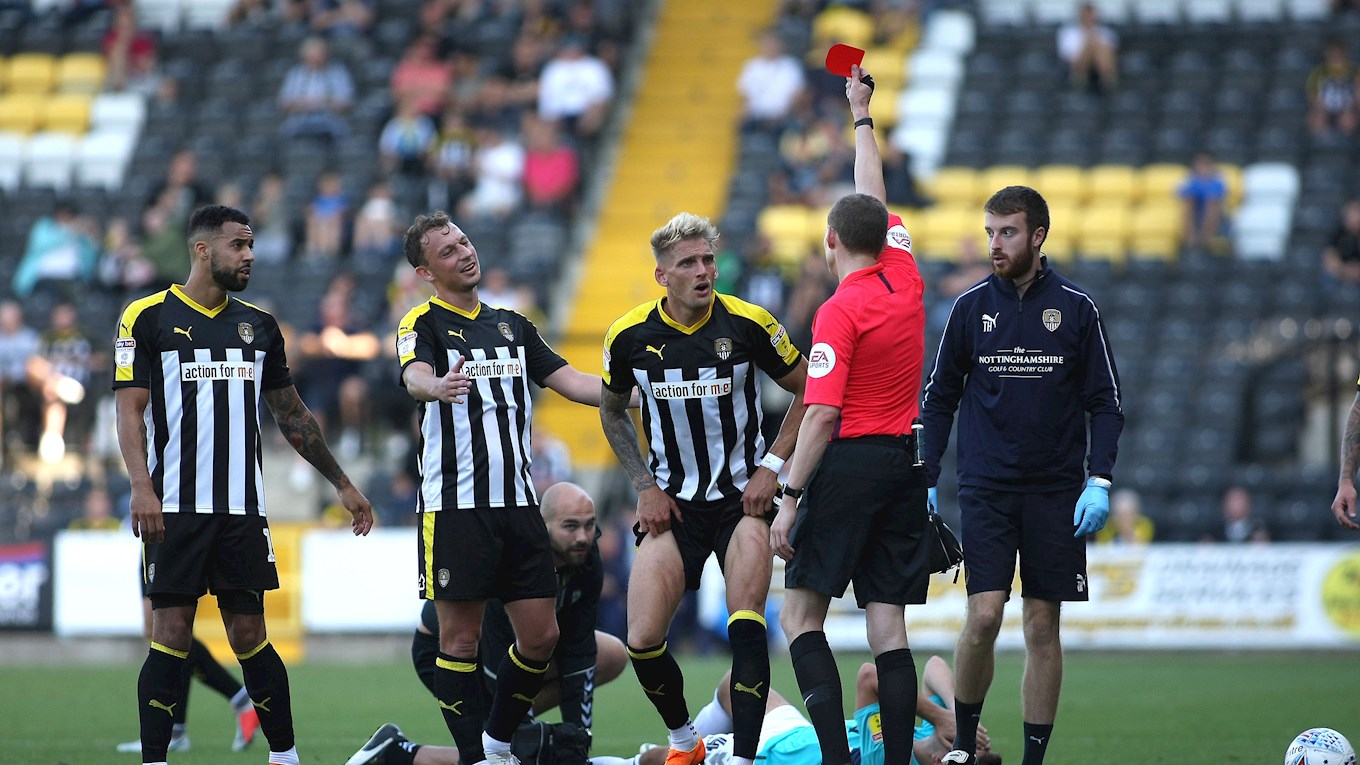 The new boss is determined to create competition for places to get the best out of his side and is looking for his players to take more responsibility in the coming weeks.

Kewell added: “At the moment they are all pointing fingers at each other and no one is grabbing the team by the scruff of the neck.

“They all want to so I will create that environment in training and then we’ll see what we get from the players.

“If you have someone breathing down your neck you’ll be playing to the best of your ability every match so if you don’t work hard enough then you will find yourself on the bench or in the stands.”