Meadow Lane hosted Nottingham’s ‘CEO Sleepout’ for the third consecutive year on Thursday to raise funds and fight homelessness across the city.

The sleepouts take place up and down the country to try and tackle the issue, with Nottingham’s the first of four in October.

On a chilly evening, around 100 business and community leaders from across the city camped pitch-side for the event.

Those included Notts chairman Alan Hardy, who is the only owner of a host venue to take part, and feels it is important that the issue is addressed.

“It’s brilliant to be able to shine a light on this issue,” said Mr Hardy. “We have such great infrastructure in this city, but we have hundreds of people living in terrible conditions.

“What we can’t replicate here is the fear that those people have of what might happen to them during the night – we need to raise money for them.” 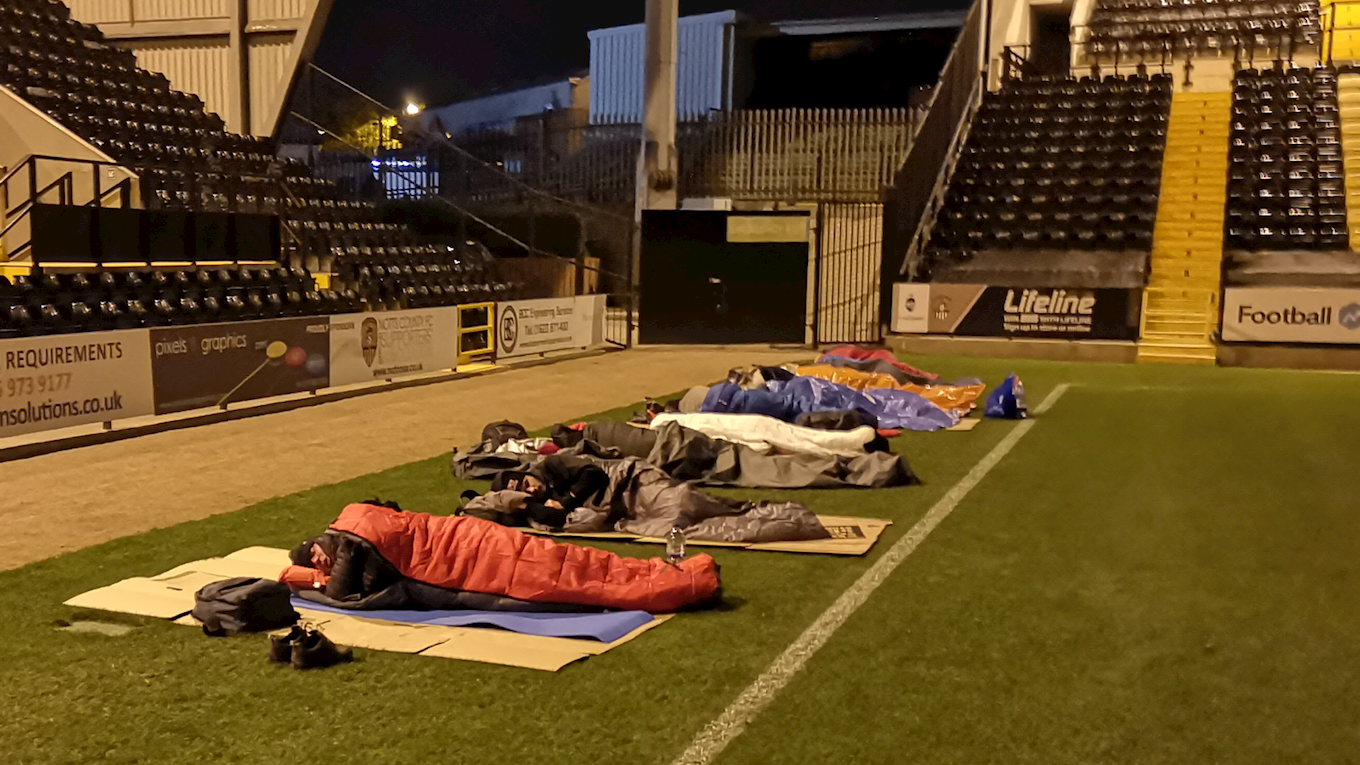 Notts County Football in the Community were influential in bringing the sleepout to Meadow Lane once again, and James Bromley of FITC is pleased with the progress.

He explained: “It’s grown every time we have hosted and we’re really proud to be helping to raise money and awareness.”

Olympic bronze medal-winning swimmer Joanne Jackson also took part for the first time after recently starting a role as an ambassador for FITC.

“It’s great to be involved,” she said. “It’s an excellent way to raise awareness for some charities that do excellent work in Nottingham supporting people who do this every single night.”

The Friary is a beneficiary of the sleepout and chief executive Sam Crawford was delighted with the turnout.

“We value this support so much,” he added. “People coming together and saying they have had enough of homelessness has a massive impact locally.”