94-year-old lifelong Notts fan Roy Prentice lives with dementia but his dream came true during our home match against Crewe at the end of September.

He scored a penalty in front of the Air-IT Kop at half-time – something he had told his carers at Landermeads Care Village he had wanted to do his entire life.

Ian Donaghy, founder of the campaign ‘Dementia is a Team Game’, approached the club and two weeks later, Notts had put plans in place to make Roy’s day.

And four generations of the Prentice family were in attendance – even travelling from overseas!

His son Jeff said: “To see Dad scoring a goal at Notts County was brilliant. It was well worth the flight from Spain to see it happen.”

Meanwhile, his granddaughter couldn’t contain her emotions: “It’s a dream come true for us all. The crowd were amazing – it brought tears to my eyes.”

But no one could have imagined what would happen next – Roy went well and truly viral! 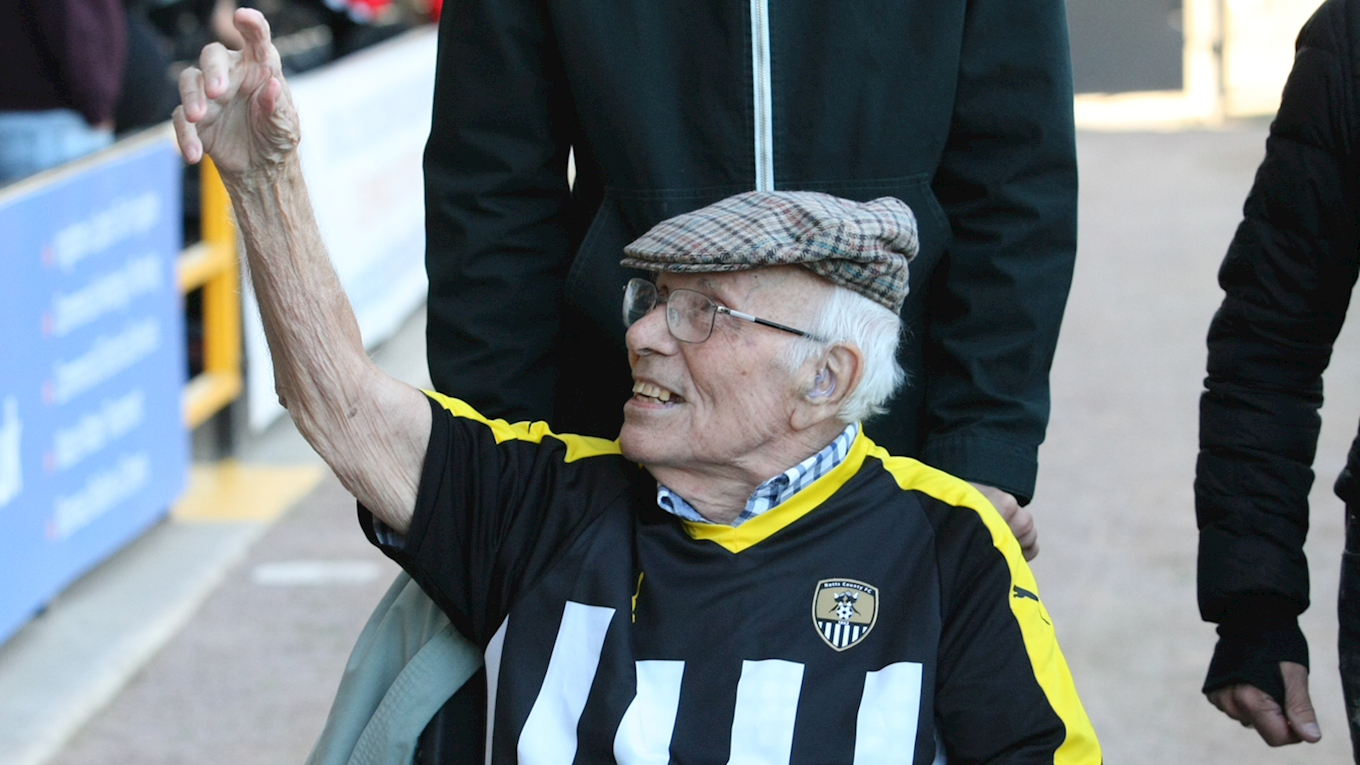 The club’s tweet of his pinpoint penalty amassed more than 1.7 million views, and the spot-kick was covered by the BBC, ITV and a range of social media accounts across different continents – meaning Roy’s story was shared with the world!

Ian was amazed with the response: “Roy may be living with dementia but when he took his cap off he scored that penalty without it.

“Whether the memory will last for long or not, we know in that moment Roy scored the winner at Meadow Lane and the Magpies faithful cheered his name.

“He can watch the film of it again and again to hear the crowd cheering.” 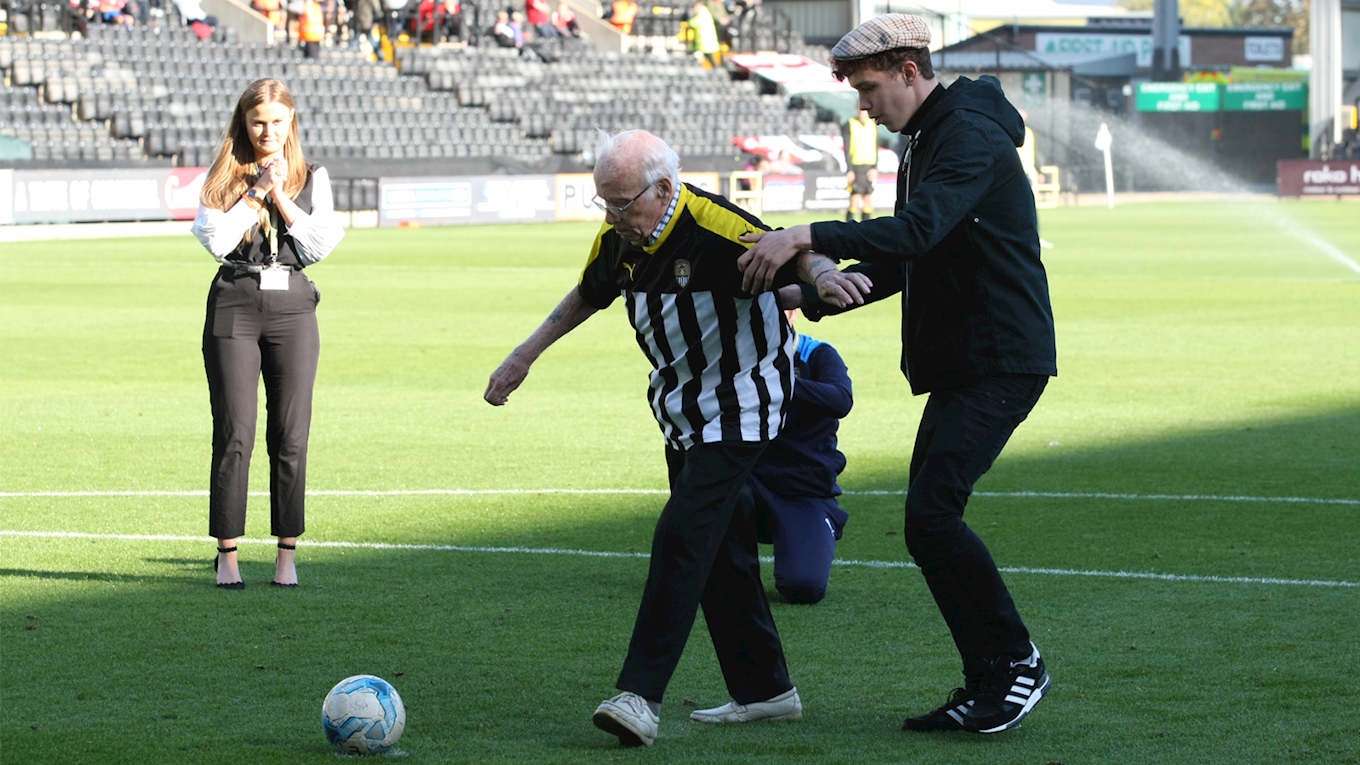 Roy was even able to meet the players after the game.

“He was buzzing with excitement and enjoyed a drink with the team after he had warmed the back of the net for them to beat Crewe,” explained Rob Heath, owner of Landermeads care village.

“To see the 94 on his back as he took off his coat put a lump in my throat – it was Roy of the Rovers stuff.”

‘Dementia is a Team Game’ is a campaign that will educate, empower and inspire people to make a difference for those living with dementia in their community.

He said: “Dementia affects so many families these days. We at Notts County are proud and privileged to be the first club to get behind Dementia is a Team Game.”