Youngster Tyreece Kennedy-Williams feels his career will continue to progress after making his first-team debut earlier this month.

The left-back was awarded a start by manager Harry Kewell during the 2-0 Checkatrade Trophy defeat to Newcastle United Under 21s and has also played for the Under 18s and Under 23s during a busy month.

Now, Kennedy-Williams feels he will reap the benefits of his chance to work with the Australian.

“It’s going to help me massively because I’ve had a taste of how the gaffer wants to play,” he said.

“If I manage to earn a professional deal in the coming months, which is my aim, then I feel I’ll bed in a lot easier because I’ve got more understanding of his expectations.

“Even though I only trained with the first team for a couple of days, I think it’s helped to improve my footballing knowledge and will benefit me massively as I try to build a career.” 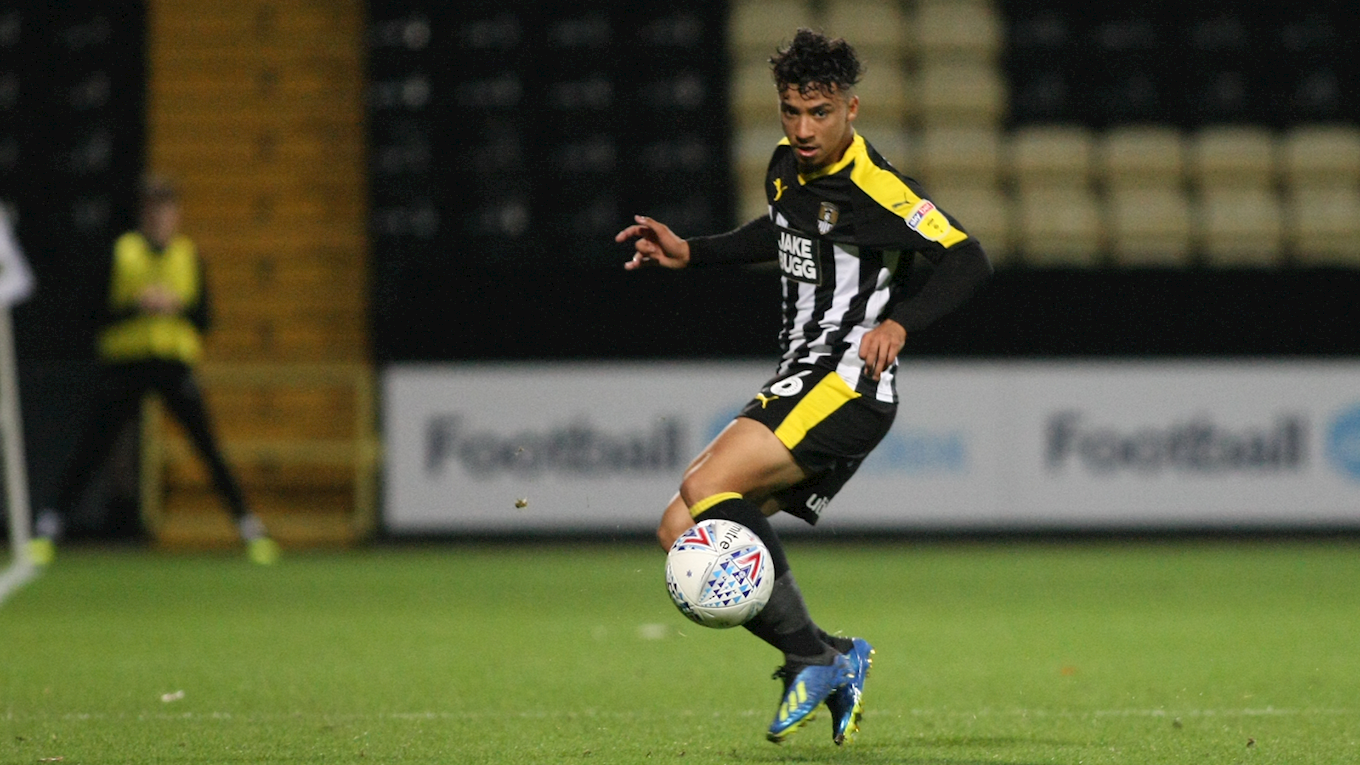 Kennedy-Williams only had a brief period of time to prepare for his debut, which saw him line up in an unfamiliar position.

“I was only told I was playing a couple of days beforehand when the gaffer came and said I’d be doing a job at right-back,” he explained.

“I’ve never played there before so it was all a bit of a whirlwind and a lot to get my head around.

“I really enjoyed training with the lads and it was a great experience to play at Meadow Lane.” 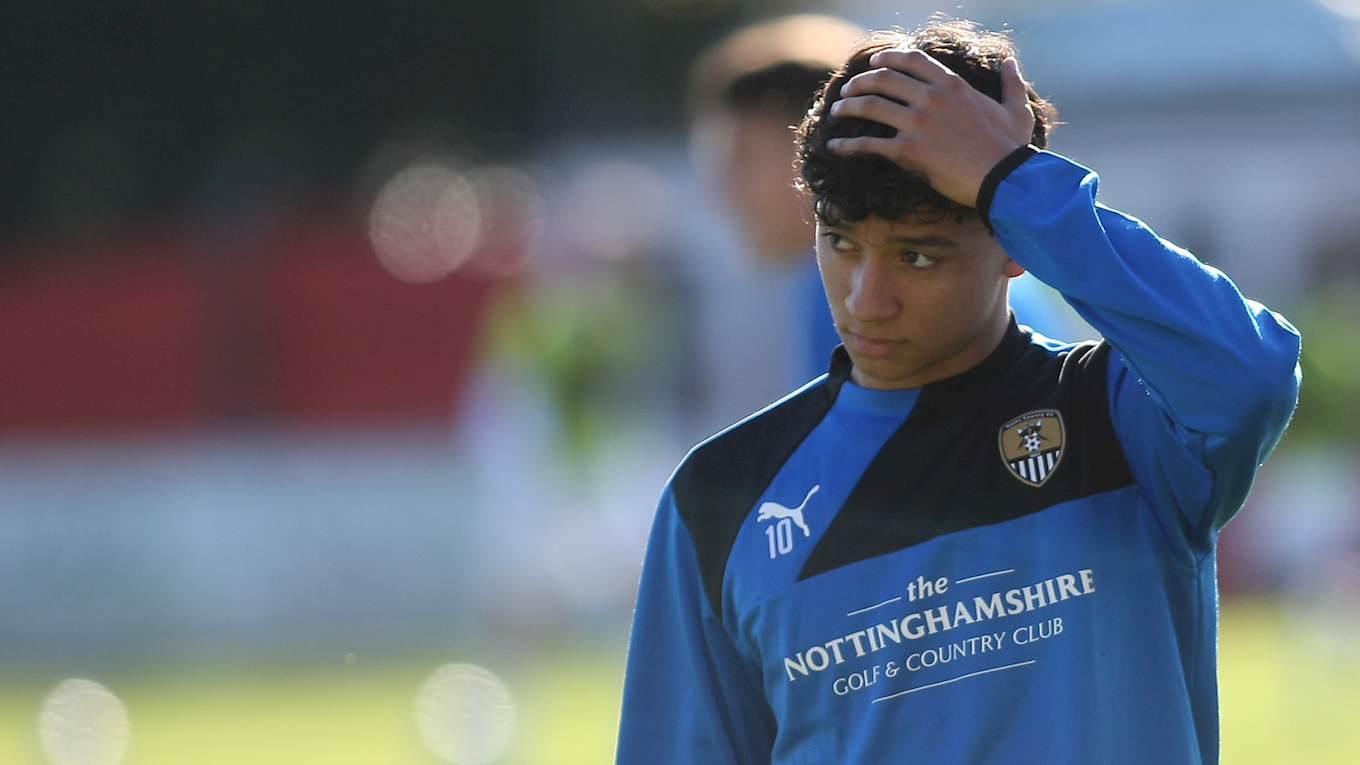 The 17-year-old dealt with the occasion well, playing 76 minutes and getting singled out for praise by Kewell – something he was particularly pleased with.

He smiled: “It felt great to be picked out as one of the people who put in a good display even though we lost the game.

“First and foremost I tried to defend well because that’s my job, so I needed to ensure I didn’t make any mistakes and was strong on that side of the ball.

“Then it was a bonus whenever I got a chance to help out in an attacking sense and it was a fantastic experience for me.” 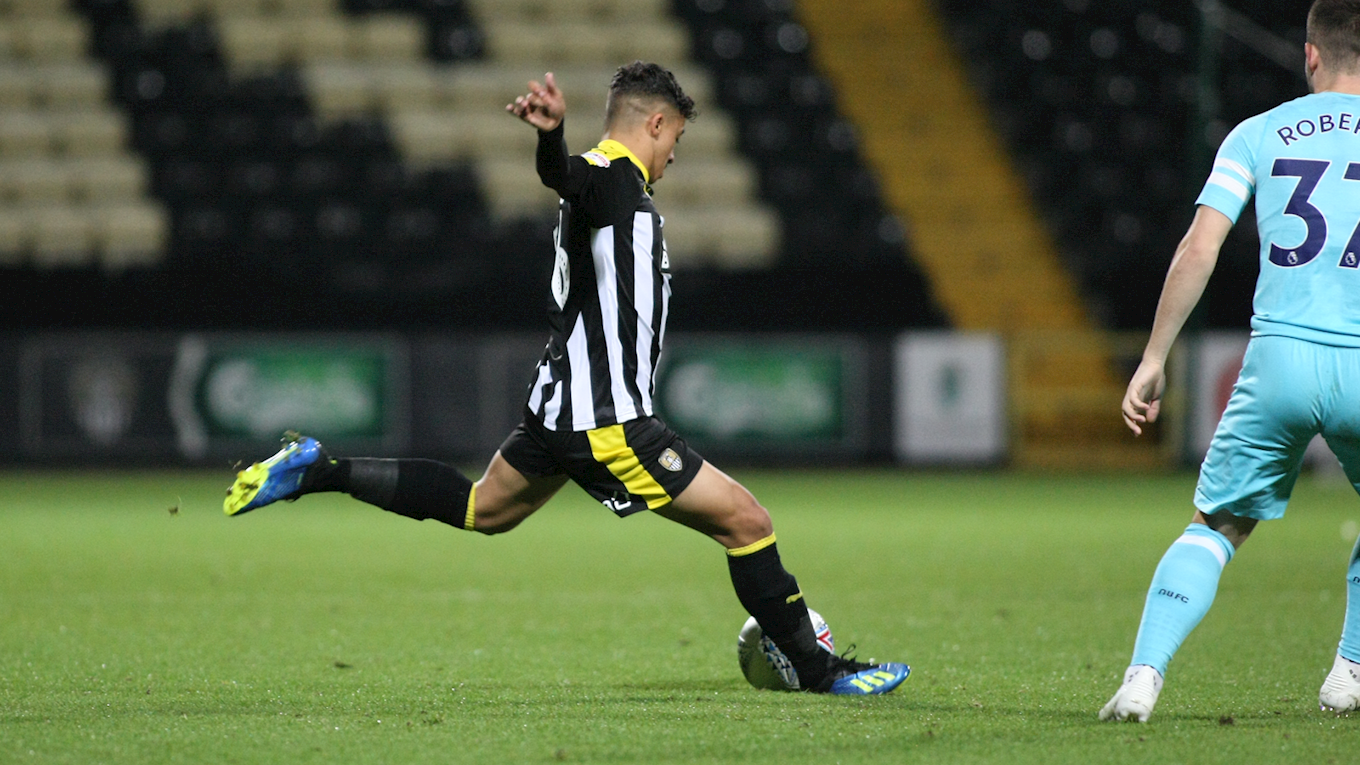