Two young Notts fans had a day to remember when they played FIFA with Jake Bugg and Cedric Evina - before having a kickabout with them on the Meadow Lane pitch!

This was the boys' prize for winning a Young Pies Twitter competition to celebrate the release of FIFA 19.

First stop was Notts’ home changing room for an intense 2v2 on the PS4 which saw both teams play as the Magpies – Charley and Jake in the black and white stripes, with Gabriel and Cedric in the blue change kit.

Chances came and went for both sides with the woodwork rattled on a few occasions but Charley won the game with a screamer. 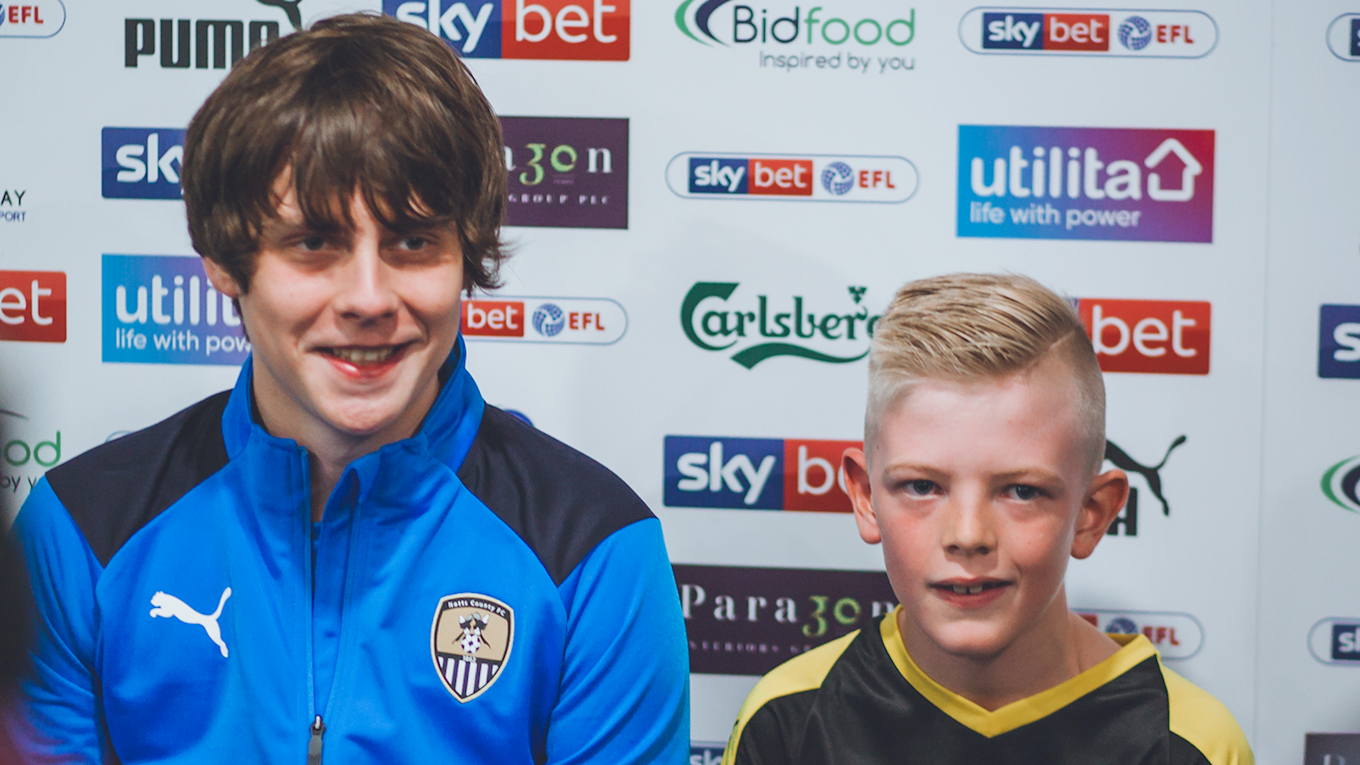 He controlled Noor Husin as he dribbled past a couple of men before rifling the ball into the top corner inside the last 10 minutes.

And there was to be no comeback for the team in blue – something Gabriel blamed entirely on the Notts left-back in their post-match interview, saying he’d never play FIFA with him again!

Then they all headed on to the pitch and took it in turns to hit penalties, free-kicks and other strikes past whoever found themselves in goal. 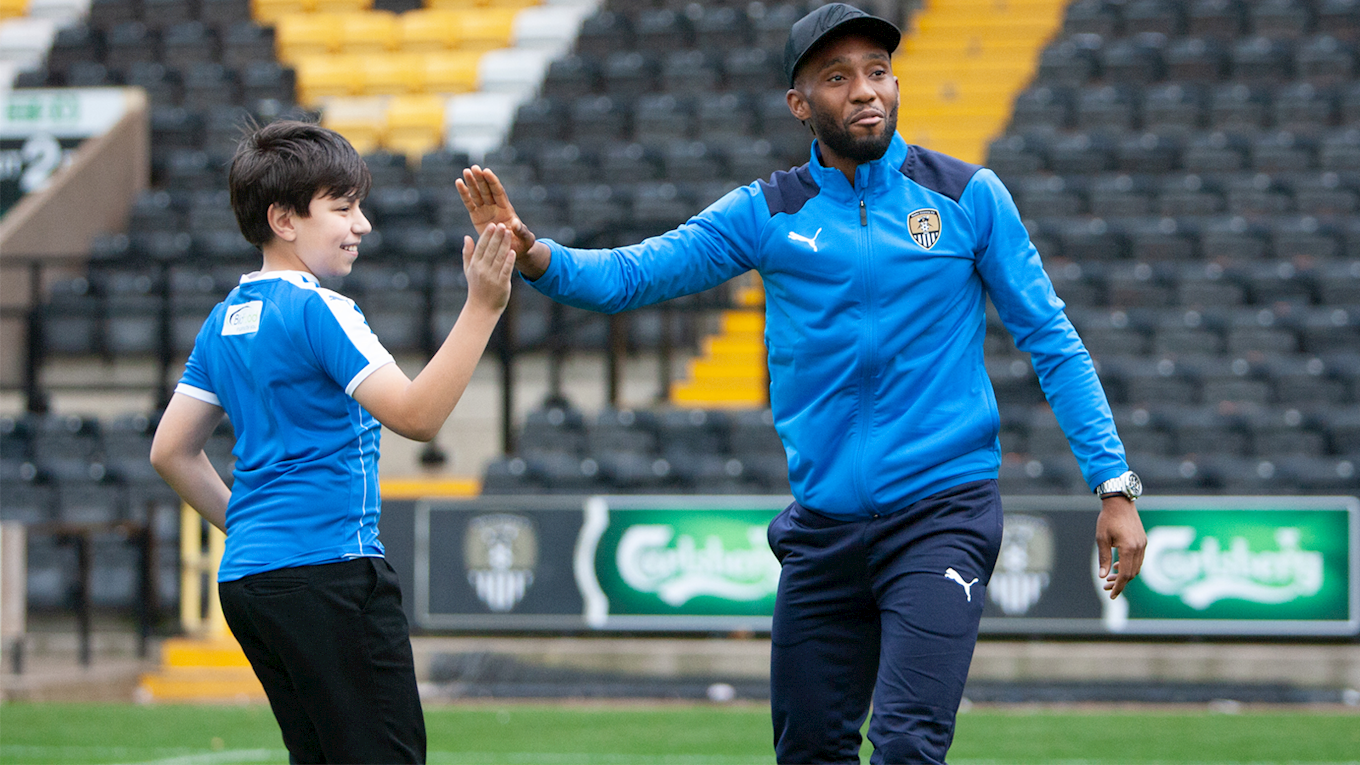 Memories were made and the boys posed for pictures to ensure it was a day that stays with them for a long time.

Gabriel’s dad Simon said: “Gabriel really enjoyed playing FIFA with Cedric and what he said in the post-match interview was priceless!

“He thought it was brilliant to meet Jake and have a kickabout on the pitch and we are so grateful.”

Charley, meanwhile, has been talking about the day non-stop according to his mum Becky.

She explained: “The afternoon really made him smile. He absolutely loved it and he will not stop talking about it.

“Cedric and Jake are both so lovely and it is a memory we will never forget.”

Click here for more information on Young Pies membership and keep an eye on Twitter for future competitions. 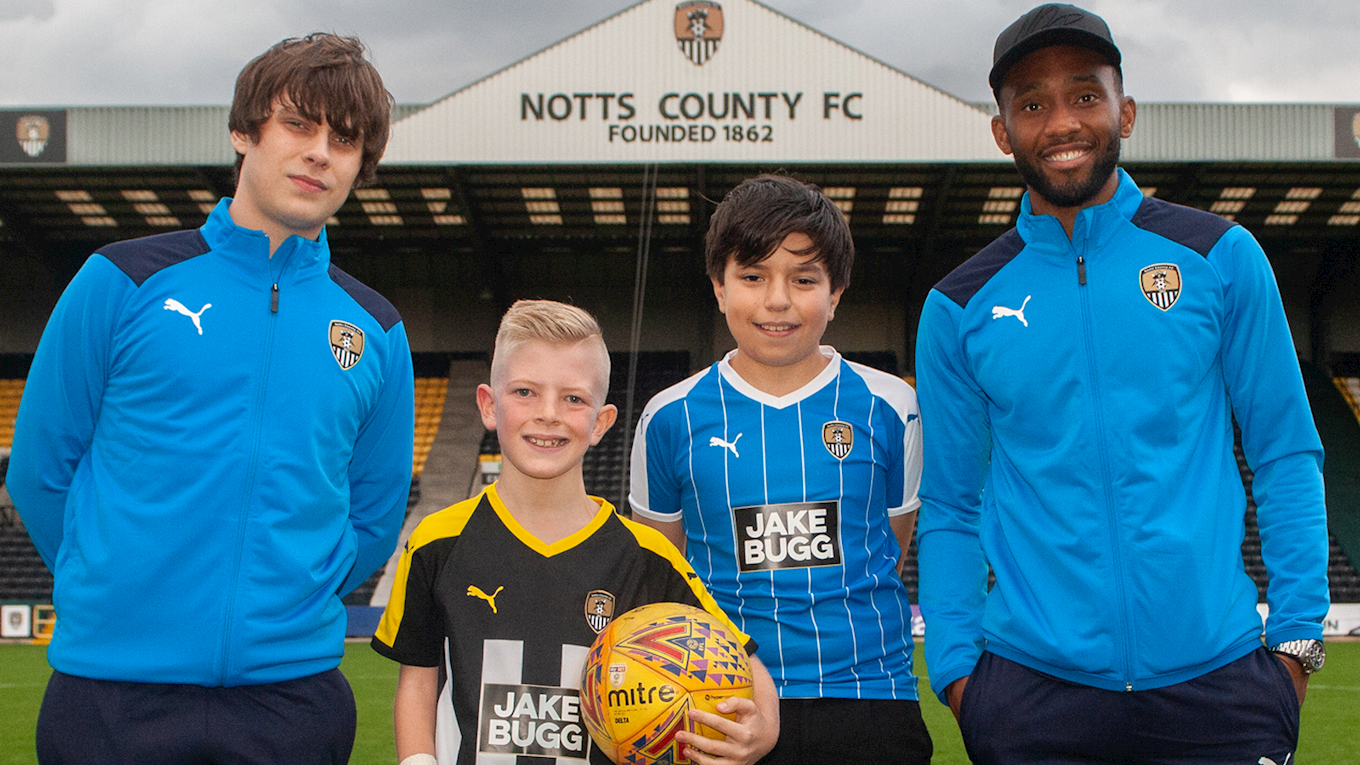