Lewis Alessandra says he is enjoying playing in the central position Harry Kewell has deployed him in during recent matches.

He opened the scoring with his first league goal of the season during Tuesday’s 2-1 defeat at MK Dons, coming on the back of a string of impressive performances.

And Alessandra feels he has grown into his new role in the side.

“I’m relishing playing in a central position,” he explained. “I’m enjoying my football so now I just want to keep learning and try to add a few more goals.

“I’d probably only played 10 games or so in that role throughout my career but the gaffer came in feeling I could do a good job and I’ve made a positive impression.

“He sees me as someone who can make a difference in that area and I want to help the team dominate the midfield.

“I’m learning all the time because it’s very different to playing on the wing and you need to protect possession a lot more which is something I want to work on.” 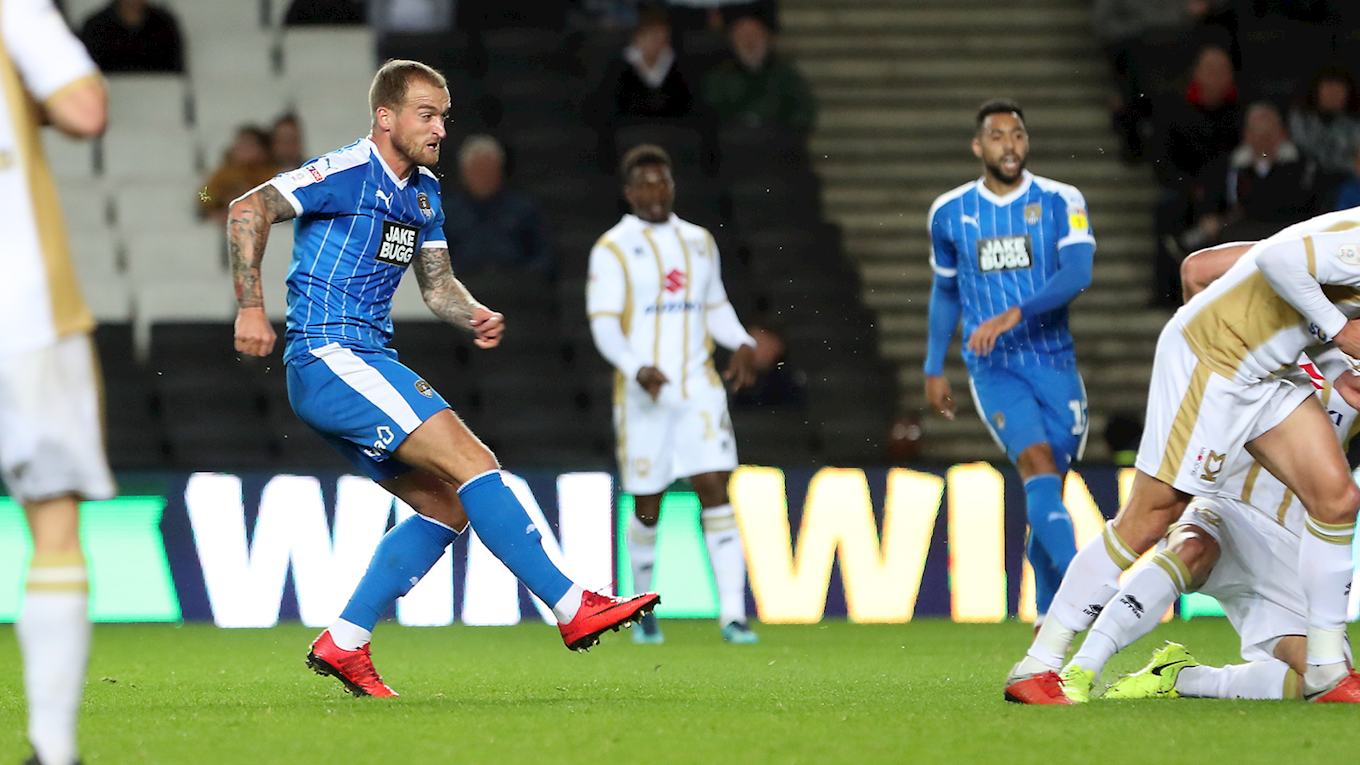 The 29-year-old was pleased to get among the goals at Stadium MK and has his sights set on more.

“I was glad to get off the mark on Tuesday night but it’s a shame we didn’t pick up a result,” explained Alessandra.

“I still see myself as a striker so I will continue judging myself on my goal tally and looking to get on the scoresheet as much as possible.

“I feel like the attacking side of my game is good and with the team constantly learning and improving, I’m confident I can contribute to some wins.”