The 2018 Games of Remembrance came to Meadow Lane on Thursday 8 November as the British Army faced the German Bundeswehr in the women's match.

There was a crowd of 6,500 at the match, played in memory of those who gave their lives in service to their country.

Schools from all over the city were given free tickets and the surrounding areas of the stadium were converted into a funzone, where children could take part in activities organised by various corps of the British military while learning more about the history of the First World War.

Live music, a giant dartboard and inflatable slides were among the entertainment on offer before everyone took their seats for a grand ceremony ahead of kick-off – with Notts striker Jon Stead among those in attendance.

A 50-minute performance featuring The Band of the Royal Corps of Signals and The Band of the King’s Division, the Military Wives Choirs, Laura Wright and Carly Paoli got the crowd in the mood before the players made their way on to the field. 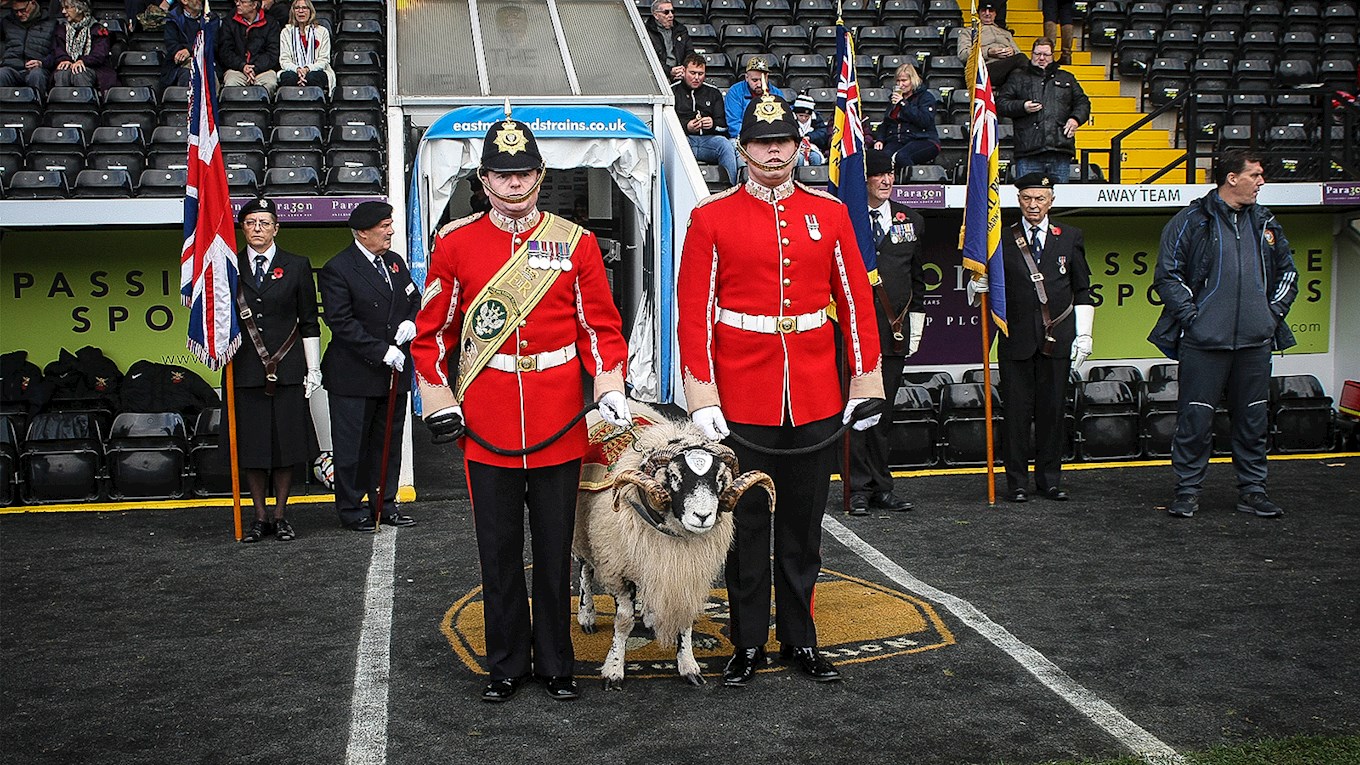 They were led out by Private Derby – the ram who is mascot of The Mercian Regiment – before the National Anthems were played.

Usual remembrance practice followed, with ‘The Last Post’ being played by a bugler before a minute’s silence was observed. Then it was game time.

The German side went into the break a goal ahead thanks to Sarah Begunk’s powerful strike which was a fair reflection of the first period, despite Britain hitting the post through Sergeant Zoe Stewart. 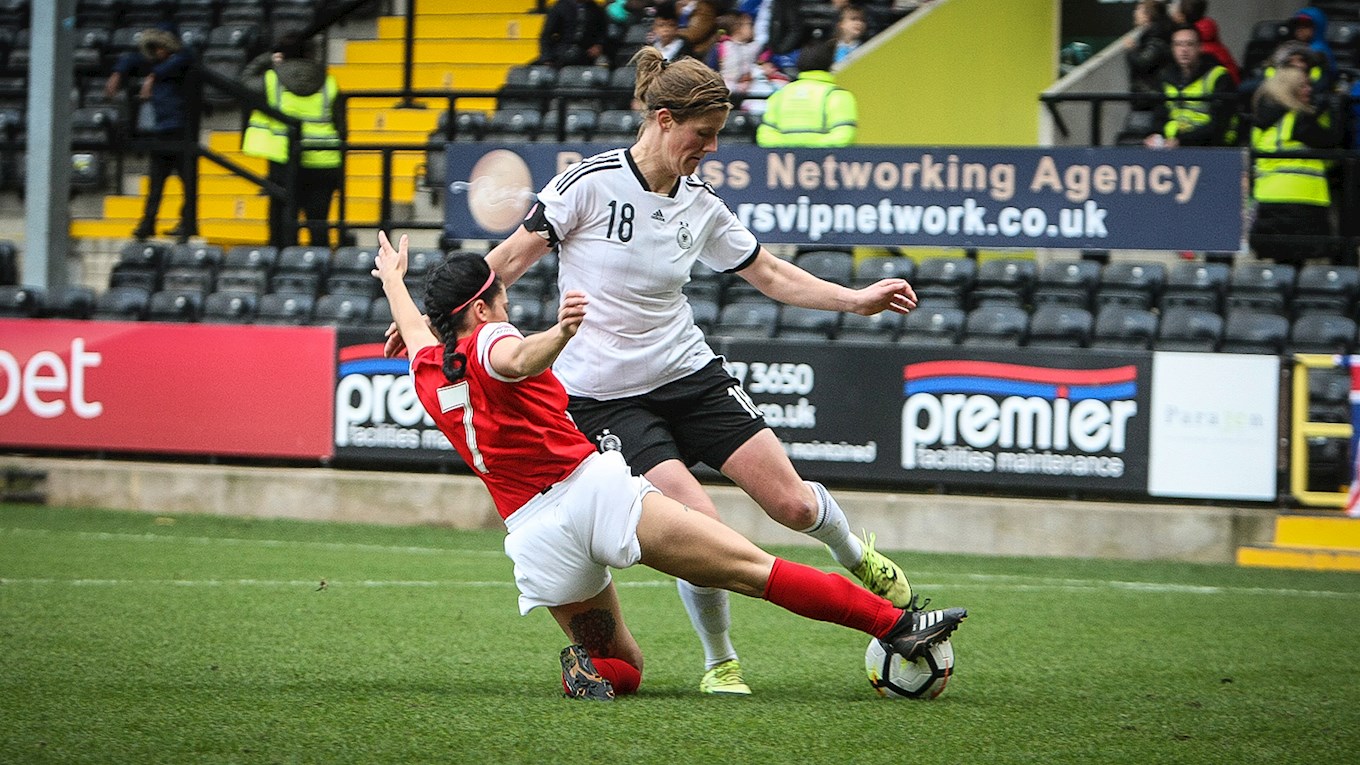 After the break both sides had their chances but the Germans grabbed the game’s second goal as Begunk doubled her tally with a rebound from General Jessica Horley’s excellent save.

Britain grabbed a late consolation through Corporal Olivia Dixon, who unleashed an unstoppable drive from the edge of the box in stoppage time - but there was to be no equaliser.

Once the full-time whistle was blown, commemorative medals were given to all players and Horley was named Player of the Match by Kelly Smith MBE after pulling off a string of fantastic saves over the 90 minutes.

Her reward was a signed Jamie Carragher shirt, presented by Smith, and the adulation of the thousands of fans in attendance. 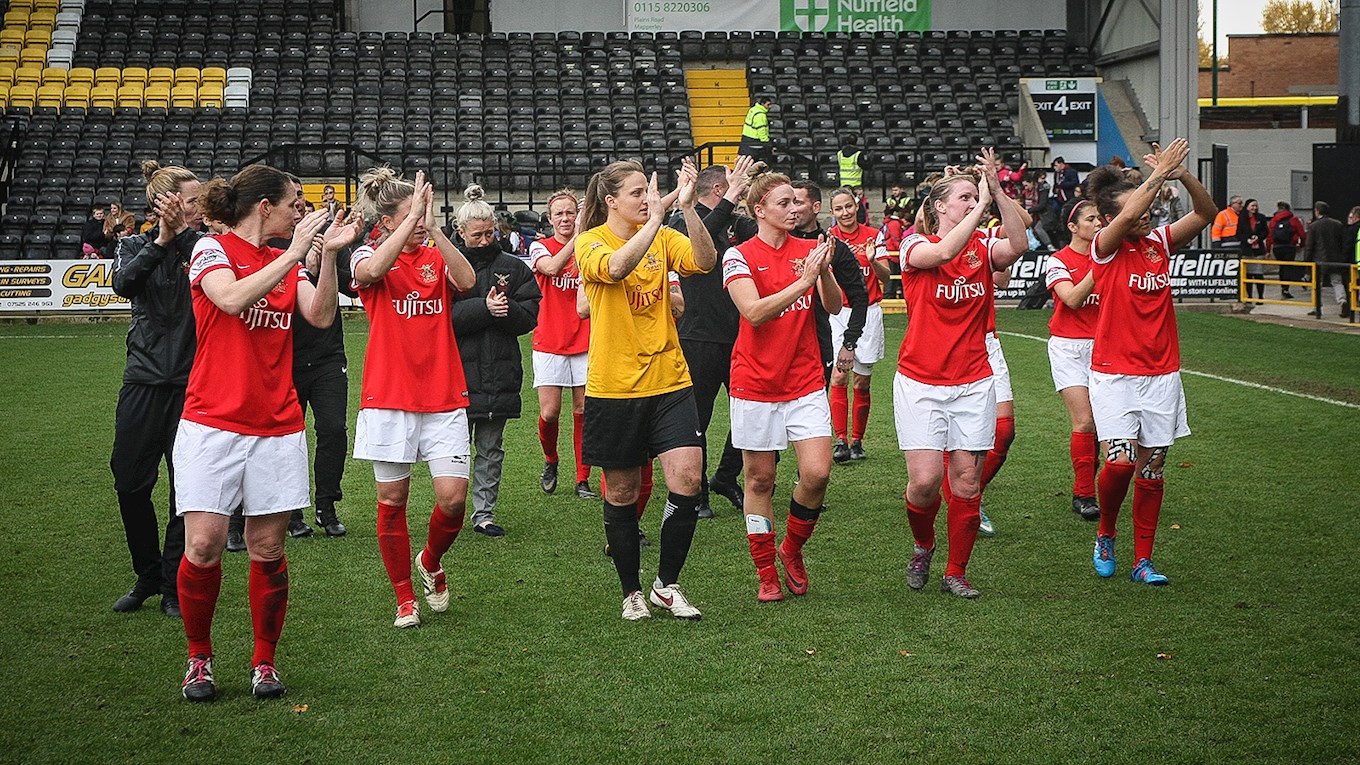 “It’s the first, and probably last time I’ll experience anything like this and it was brilliant to have all the kids cheering us on and giving us confidence. It’s been a fantastic occasion.”

Smith was delighted that so many schoolchildren came to the game and hopes they have been inspired in more ways than one.

“It’s important to remember those who lost their lives fighting for their country and there are thousands of kids who’ve been part of a great history lesson today,” she said.

“I hope this inspires them to ask questions and learn more about the sacrifices that have been made, and maybe inspires some of them to become footballers.” 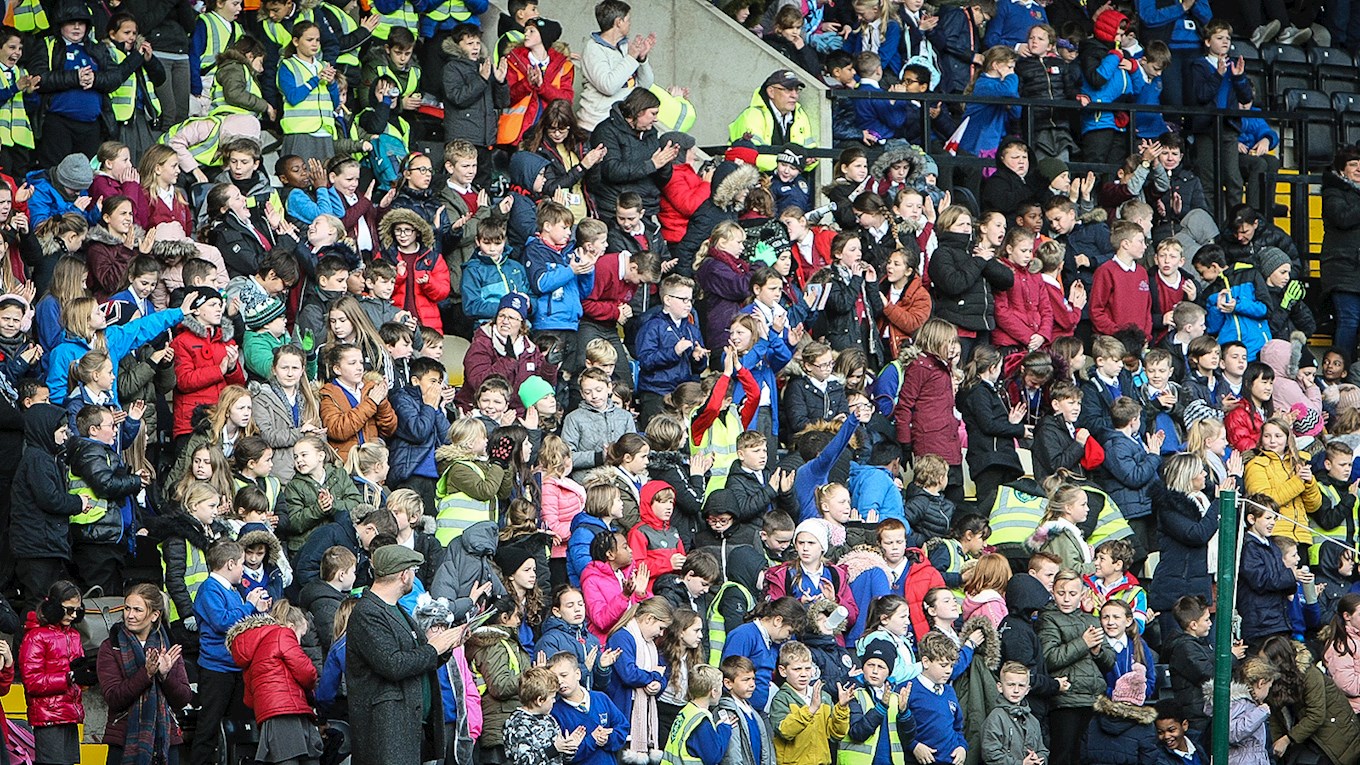 Stead echoed her views and felt it was an excellent occasion for the club.

He added: “It’s brilliant to have so many kids in here and it’s a fantastic learning experience for them – what better place to do it than Meadow Lane?

“It’s an honour for Notts County to host this game and all the remembrance activities that took place were first-class. Hopefully we see some of these children down here again.”