Kristian Dennis was delighted to get back on the scoresheet during Wednesday’s 4-2 Checkatrade Trophy win against Doncaster Rovers.

The striker fired Notts through to the knockout rounds with a hat-trick at Meadow Lane – his first goals at home since joining the club this summer.

And Dennis was thrilled to find the back of the net again after last scoring in August.

“I’d not scored in a while, so grabbing one was good but three is even better,” he said.

“It had annoyed me that I’d not scored twice since, so I’m really glad. This match ball will join one I got from Macclesfield in my garage!” 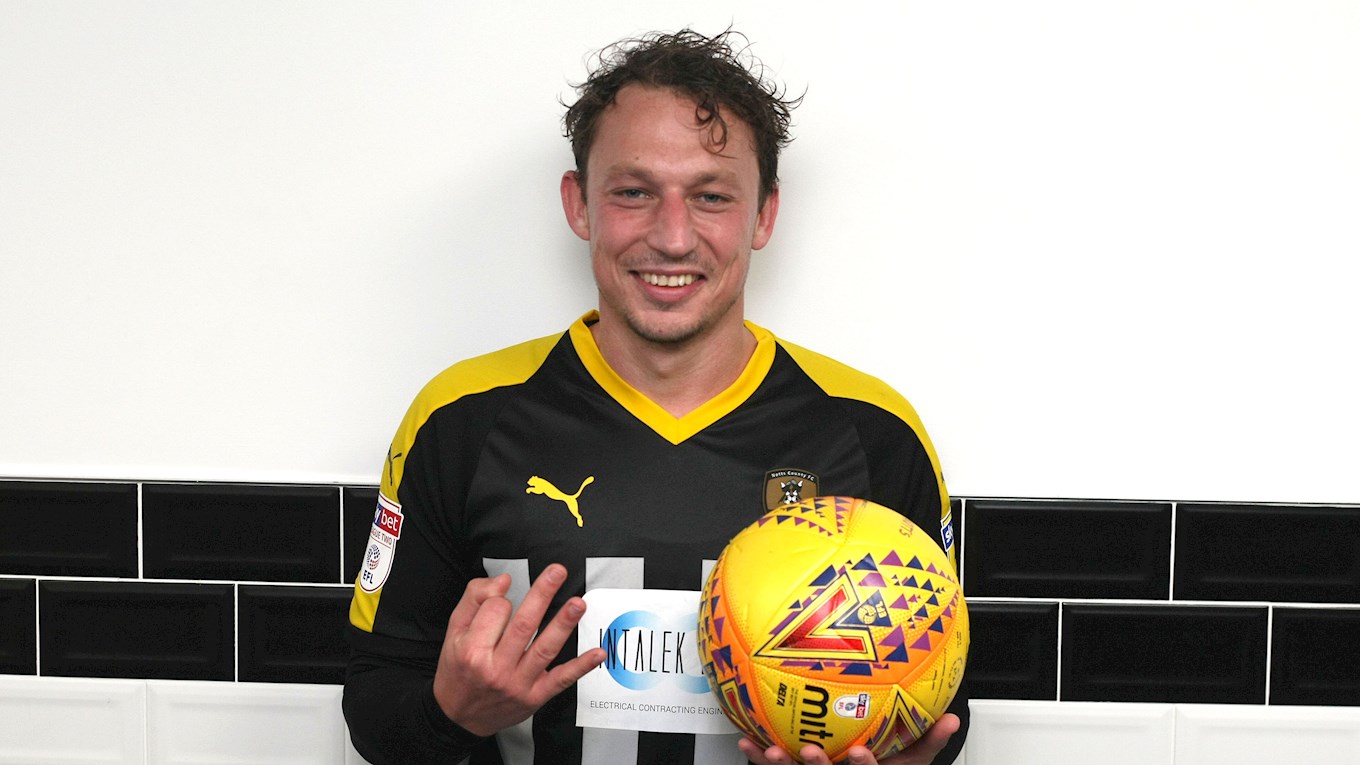 Dennis has had a testing run of games as a lone striker recently but was supported by Nathan Thomas and fellow goalscorer Enzio Boldewijn on Wednesday night – something he relished.

“I like playing up front with two others alongside me,” explained the 28-year-old.

“I don’t particularly enjoy going against two or three defenders on my own but I’ve always put maximum effort in.

“Playing football is the luckiest job in the world so I’d never complain and hopefully I kick on and score more now.” 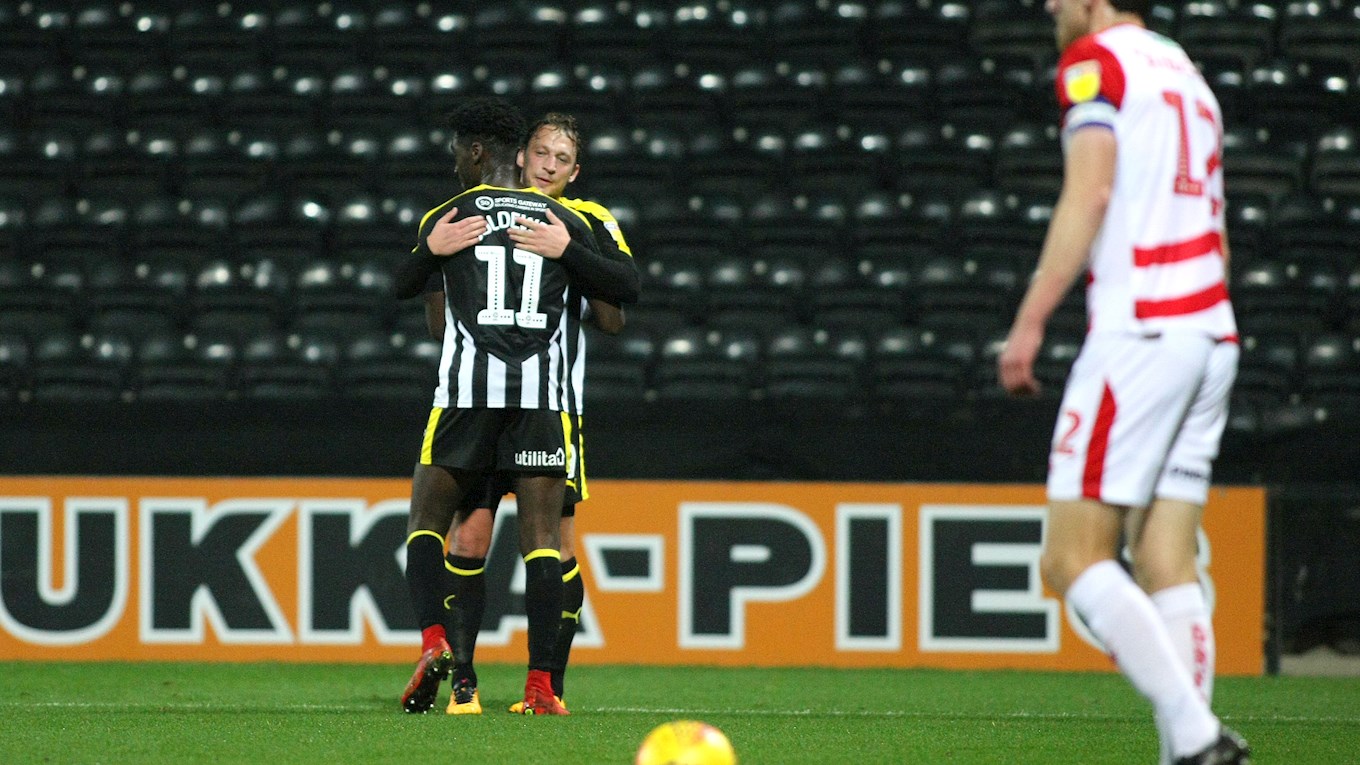 The striker feels the win on Wednesday will give himself and his teammates confidence ahead of a big game on Saturday.

Dennis said: “We needed a win by any means necessary ahead of the Cheltenham match so I think we’ll be firing on all cylinders at the weekend.

“I’ll reflect on my performance, get back to work and look to get in the goals again on Saturday.

“Hopefully we take the Doncaster result into the league because we need to string some wins together and try to push up the table.” 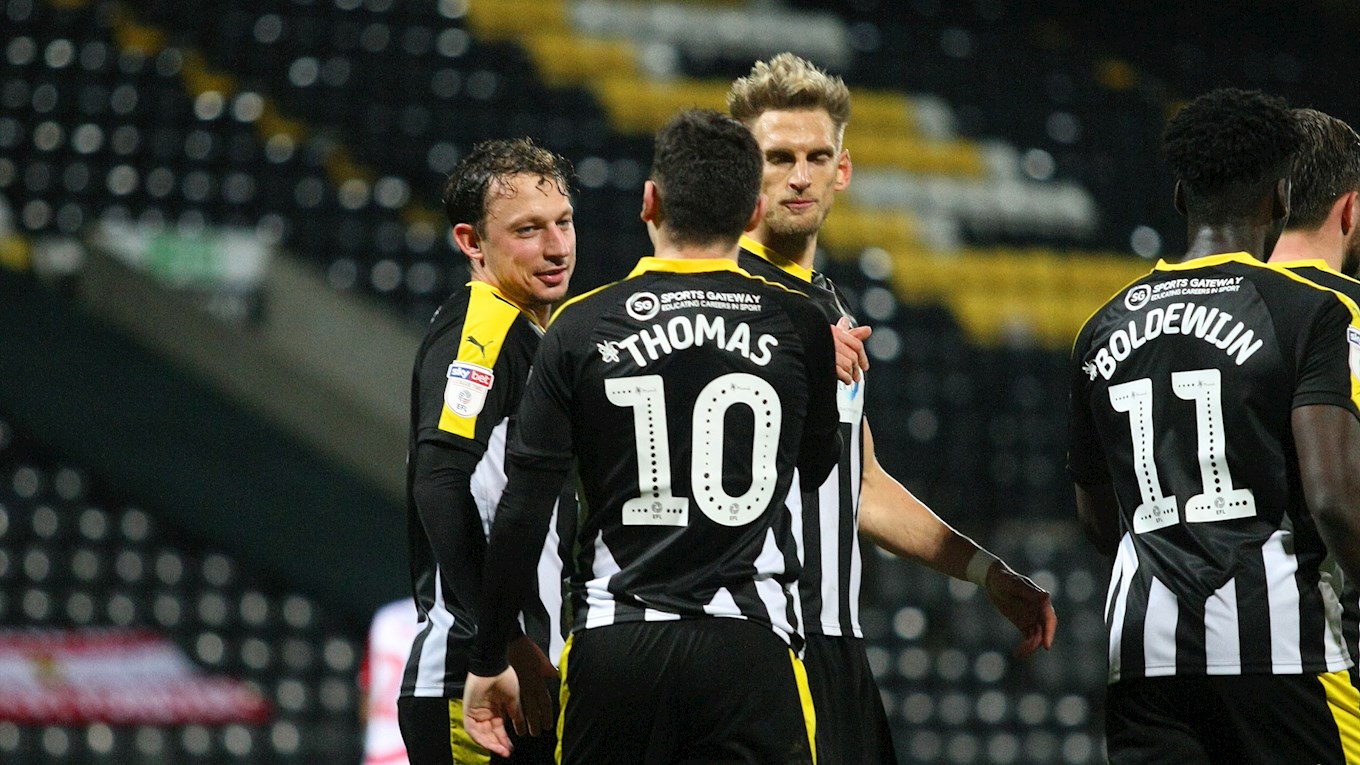