Notts County manager Kevin Nolan says his side are feeling ‘no pressure’ ahead of the second leg of their Sky Bet League Two play-off semi-final on Friday night.

A near sell-out crowd is expected, along with potentially millions of television viewers, for a match which will decide who travels to Wembley for the final on 28 May.

But, despite all those factors, Nolan says he and his team are remaining cool, calm and collected.

“I’m just going to enjoy it,” said Nolan. “There’s no pressure on us. We weren’t expected to be here.

“The only pressure we’ll be feeling is what we put on ourselves because, like Coventry, now we’re here we want to get to Wembley.

“We know Coventry – we’ve played them three times now this season and every game’s been tough.

“It’s going to be difficult again on Friday night but I’m looking forward to locking horns with Mark Robins once again and hopefully getting over the line.

“The lads are in good spirits and looking forward to what will hopefully be another good encounter.” 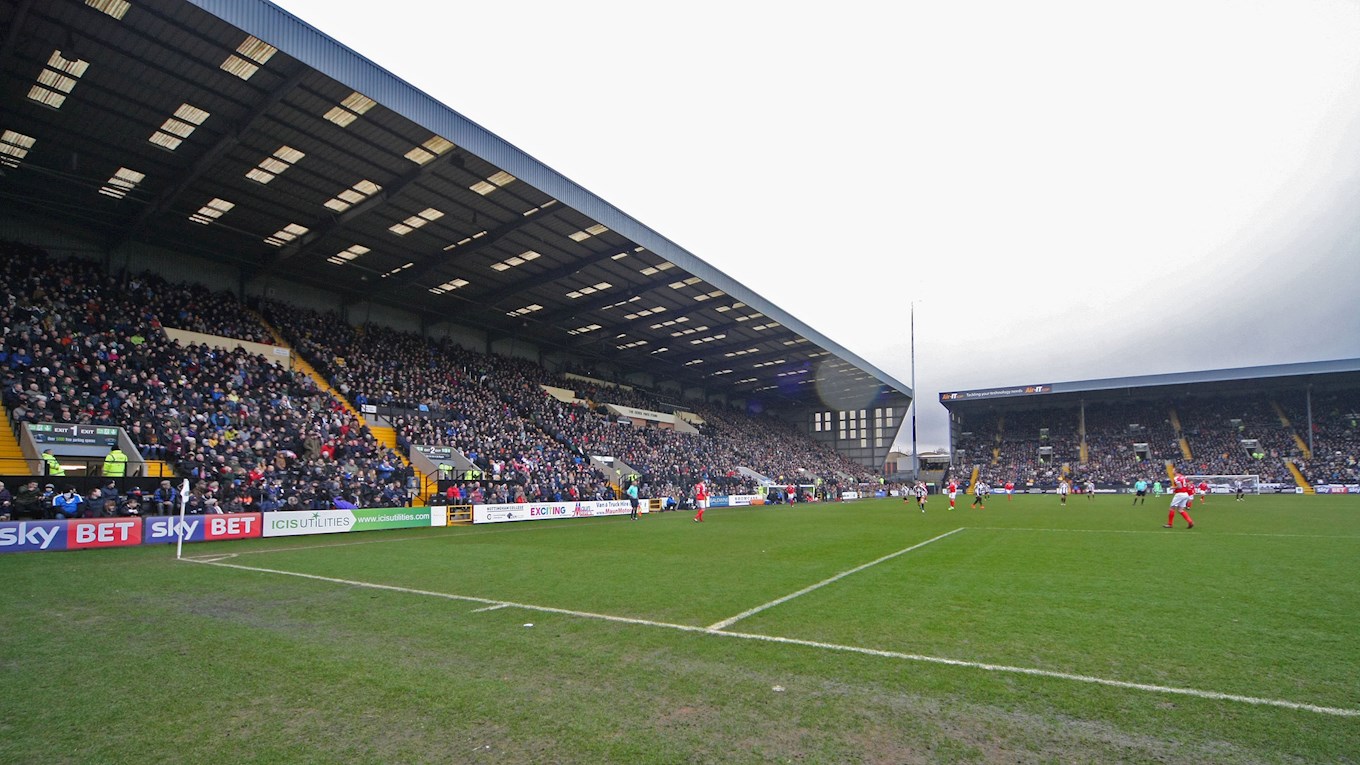 Notts could be on course to beat the 17,274-strong crowd that witnessed the 4-1 victory over Crewe Alexandra in February.

And Nolan says a sell-out would be a dream come true.

“It’s absolutely amazing,” said the boss. “It just shows the hard work we’ve put in has all been worth it.

“We urge the people of Nottingham to buy the last few tickets because we’re going to need them – they can influence a lot that happens on the field and drive us to victory.

“We want them with us every step of the way because when they are with us, incredible things can happen - as I’ve seen during my tenure here.”

Click here to get your tickets for the match.